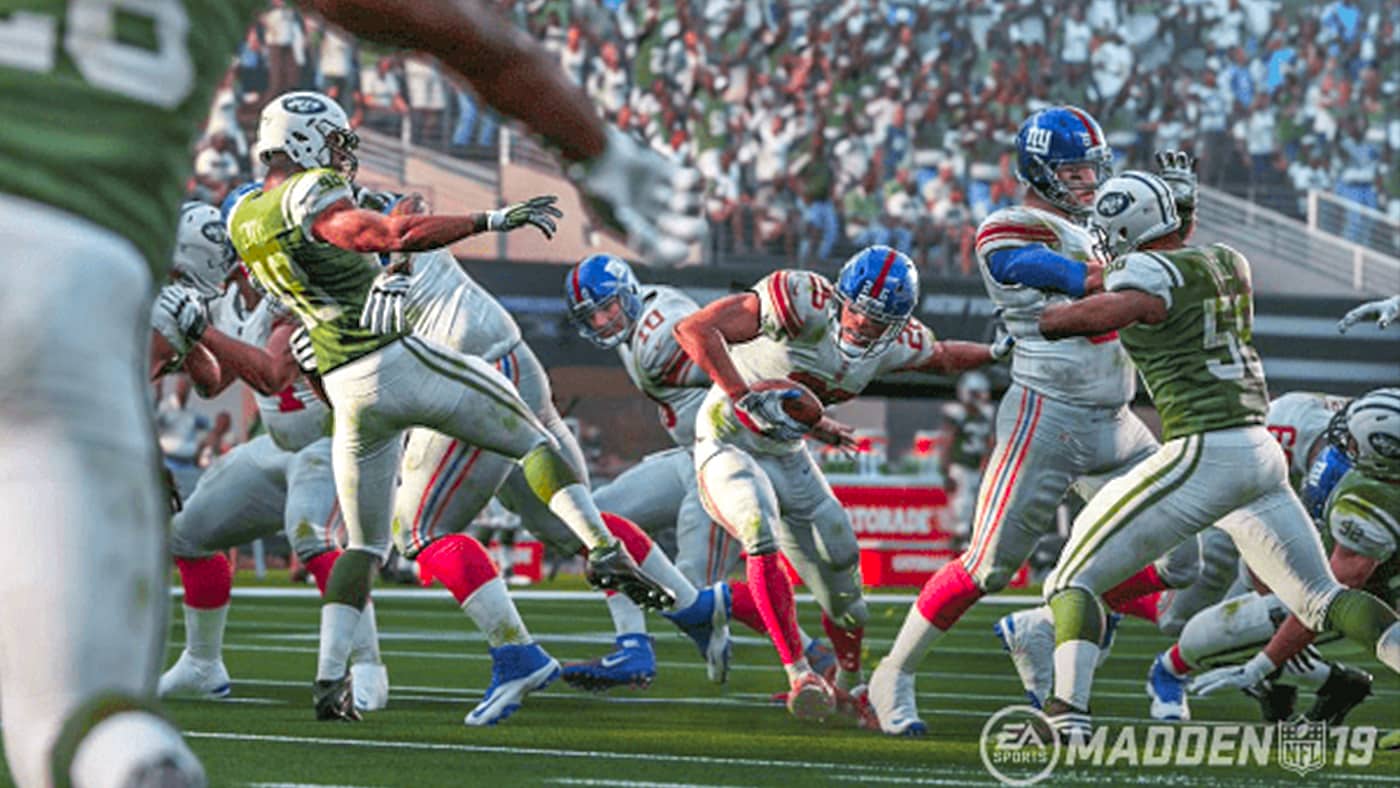 EA Sports was not impressed by the New York Giants and Jets squads’ offseason, as they will be lowest rated teams in Madden NFL 19.

While metropolitan football fans may be pleased with the progress their teams have made this offseason, the makers of Madden NFL 19 apparently aren’t impressed.

As the latest entry in the popular professional football video games series heads toward its August release, we’re slowly learning which teams players will be quick to choose for their pixelated gridiron battles, as the unofficial ratings of all 32 NFL teams were unveiled via a YouTube video uploaded by Elgato Gaming correspondent Miguel Lozado. In his video, Lozado rotates through the team selection screen in the game’s franchise mode.

The game’s developer, EA Sports, has yet to confirm the ratings, which should thus be considered unofficial.

New York fans looking for their teams will have to go deep down the list, as the Giants and Jets are respectively granted ratings of 73 and 72, with the latter number being the lowest in the game. To add insult to injury, each team’s biggest rivals, the Philadelphia Eagles and New England Patriots, top the game’s team ratings with a 90 and 84, perhaps reflective of their participation in Super Bowl 52 last February.

The selection screen also unveils the top-rated trio for each team. Defensive tackle Damon Harrison and receiver Odell Beckham Jr. top the list for the Giants, each with a mark of 94, while cornerback Janoris Jenkins accompanies them with an 88. Safety Jamal Adams (85), tops the list for the Jets, whose list is rounded out by receiver Robby Anderson and linebacker Avery Williamson (83 each).

The Giants’ rating, which is tied with the Arizona Cardinals for second to last, is particularly surprising. Despite a franchise-worst 3-13 record last season, the team made several high profile additions this offseason, including rookie running back Saquon Barkley, who was prominently displayed in the game’s first trailer, released earlier this month.

Thanks to EA’s online network, ratings have been known to fluctuate throughout the season, as well as update rosters in real-time.

NEXT: WATCH Odell Beckham Jr. Get Mobbed By Kids After Insane Catch