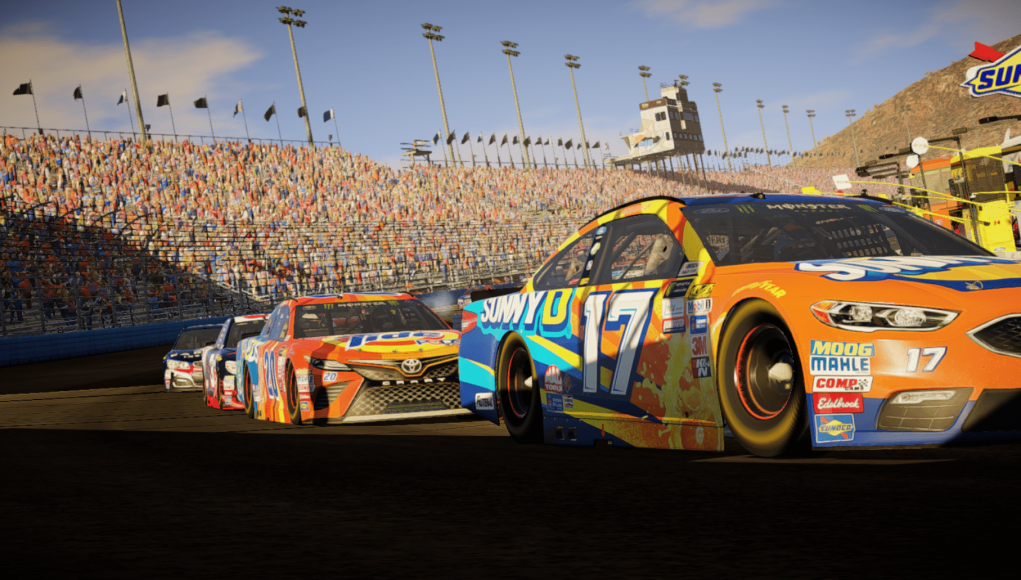 Madden, 2K, The Show … sure, they’re all great, but the new “NASCAR Heat 2” video game really brings the adrenaline.

As a kid, I grew up watching and playing a number of sports like football, baseball, hockey and basketball, but my only participation in auto racing really came from one avenue and that was video games. Whether it was the arcade or one of my old home systems like the original Atari 2600 (OK, I’m seriously dating myself), always enjoyed playing the racing games because it was something a little different.

My kids have been pretty much the same. They play baseball, football and hockey, but their connection to racing has really just been on video games but this past year was different. I began doing some work in the NASCAR world and when I told my older son Bradley that we were going to our first NASCAR race this past summer, he pulled out an old PlayStation NASCAR game and started playing it again with my younger son Jared. 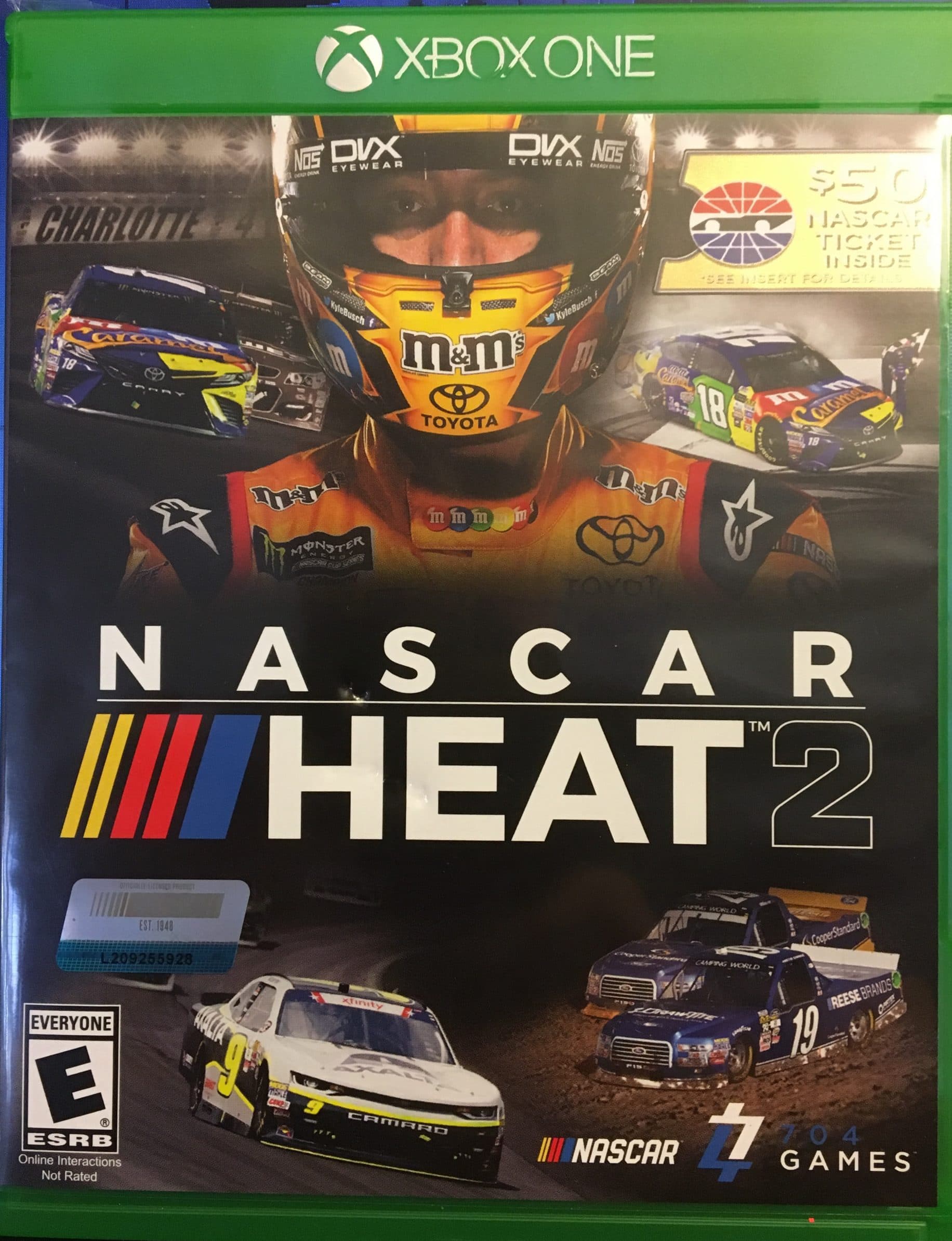 Needless to say, we had a great time at that race and it wasn’t long after that my boys kept asking my wife Sheryl and I two questions. When are we going again and can we get a new video game system so we can get a new NASCAR game?

The funny thing is that my wife and I had been discussing what system to get them for Hanukkah and it was inevitable that a NASCAR game would have to come along with it.

Fast forward to September when I attended a NASCAR event in New York City to promote the upcoming playoffs and that’s when the new “NASCAR HEAT 2” video game from 704 Games for XBOX One was given out to members of the media. I called my wife and said well I guess we’re getting the boys XBOX One because here it was that I had the game but the kids had no system to play it in.

Well, this past Friday, Bradley and Jared got their XBOX One and they’ve been playing NASCAR Heat 2 non-stop. I’ve even played a bit and I have to say it’s a really cool game. It’s a far cry from when I played “Pole Position” and games like that on my Atari!

“I think racing really lends itself to taking advantage of the technology and what they’ve put into XBOX, PS4, and all of these different ways that you can consume it,” said Blake Davidson, NASCAR’s Vice-President of Marketing. “There are times, with the 704 Games group, when I’m amazed when I look at the screen think it was an actual or picture and not the game.”

The attention to detail in the game is unbelievable. I remember shopping in a store once and I stopped in the electronics department because I thought there was a live NBA game on the television but it was actually a video game. I felt the same way with NASCAR Heat 2 because the experience of going to a race was so fresh in my mind that I was really looking for certain things. 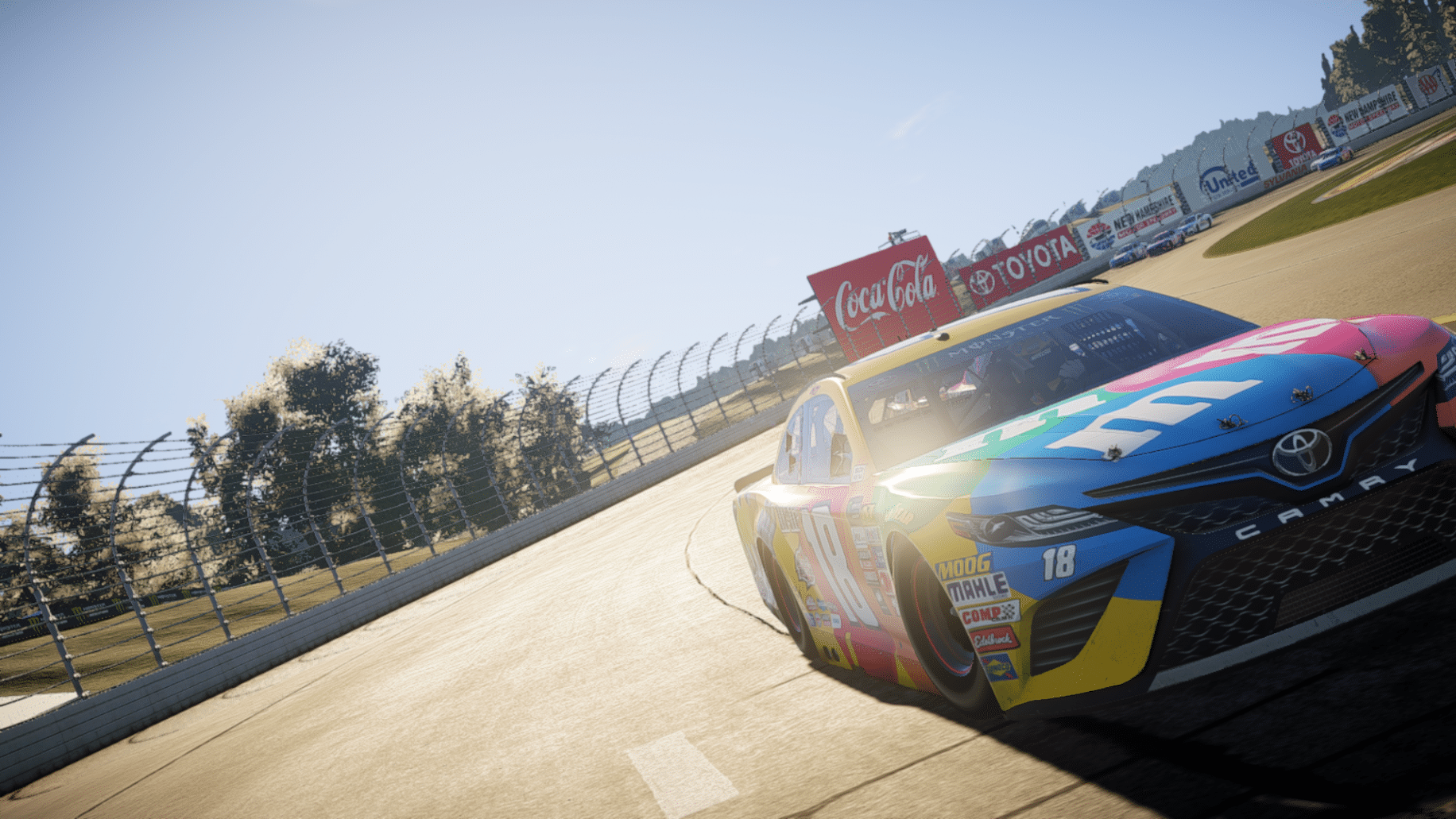 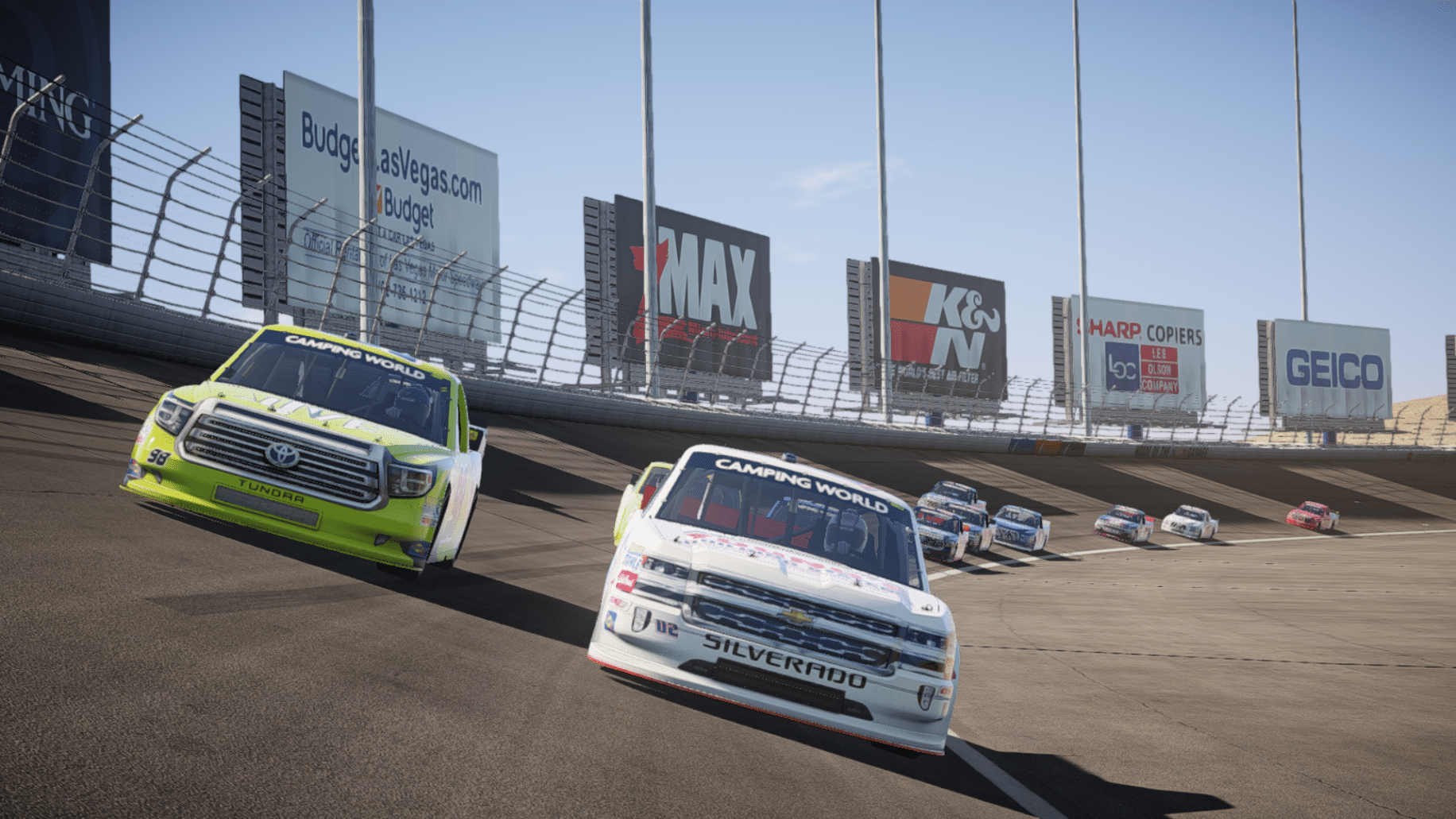 The great thing about this game is that it caters to the NASCAR novices but also to the die-hard fans who can’t be fooled.

‘It’s really important and our fans absolutely let us know,” said Davidson. “The beauty of this is you’ve got fans that have followed the sport for a long time and they really look at that kind of detail like the track level and the cars. You’ve got those that are new to NASCAR that love racing games and their looking for different things.”

My family and I went to Pocono Raceway back in July so the kids decided to pick that track first when they played the game for the first time and they were able to pick out things they remembered about the track like where we sat, where the buildings were, were the pits were, and the starting line tower was. You could even see the lot we parked in that was inside “The Tricky Triangle”.

So how did 704 Games make this game so realistic? Why is this game different than other games including their first NASCAR game that came out last year “NASCAR Heat Evolution”.

“In today’s world, it’s obviously very different especially with the use of drone technology,” said Matt Lewis, Vice-President of Publishing for 704 Games.

704 Games went to each NASCAR track and used the drones for a scan from 200 to 300 feet up that gave them a visual representation of the tracks as well as millions of other points like the height an elevation of the track surface, how tall the buildings were and where they were placed.

“It all adds up to this sense of realism,” said Lewis.

There is tremendous synergy between NASCAR and 704 Games as their offices in Charlotte, North Carolina are in the same building. As 704 went through the process of developing the game, NASCAR officials would observe how things were coming along and they were floored by what they saw.

When you think of what racing games looked like as far back as the 80’s, 90’s and even the early 2000’s, NASCAR Heat 2 makes you feel like you’re in the car and not just a blocky image that you saw back in the day.

“You could sort of make out what cars they were supposed to be but you had to go by color more than anything else,” recalled Davidson regarding games of yesteryear. “To see where they’ve come now and what they’re doing is really amazing. We are excited. They really evolved the franchise from where it was. I think NASCAR Heat 2 has a lot of enhancements with some of the bells and whistles.”

From small things like scratches and marks on the walls of the track to giving gamers the chance to race in, not only the Monster Energy Series but also the Xfinity Series and Camping World Truck Series to all of the realistic aspects of a NASCAR race to experiencing what it’s like for a driver to climb the NASCAR ladder in “career mode”, the game really covers all the bases. 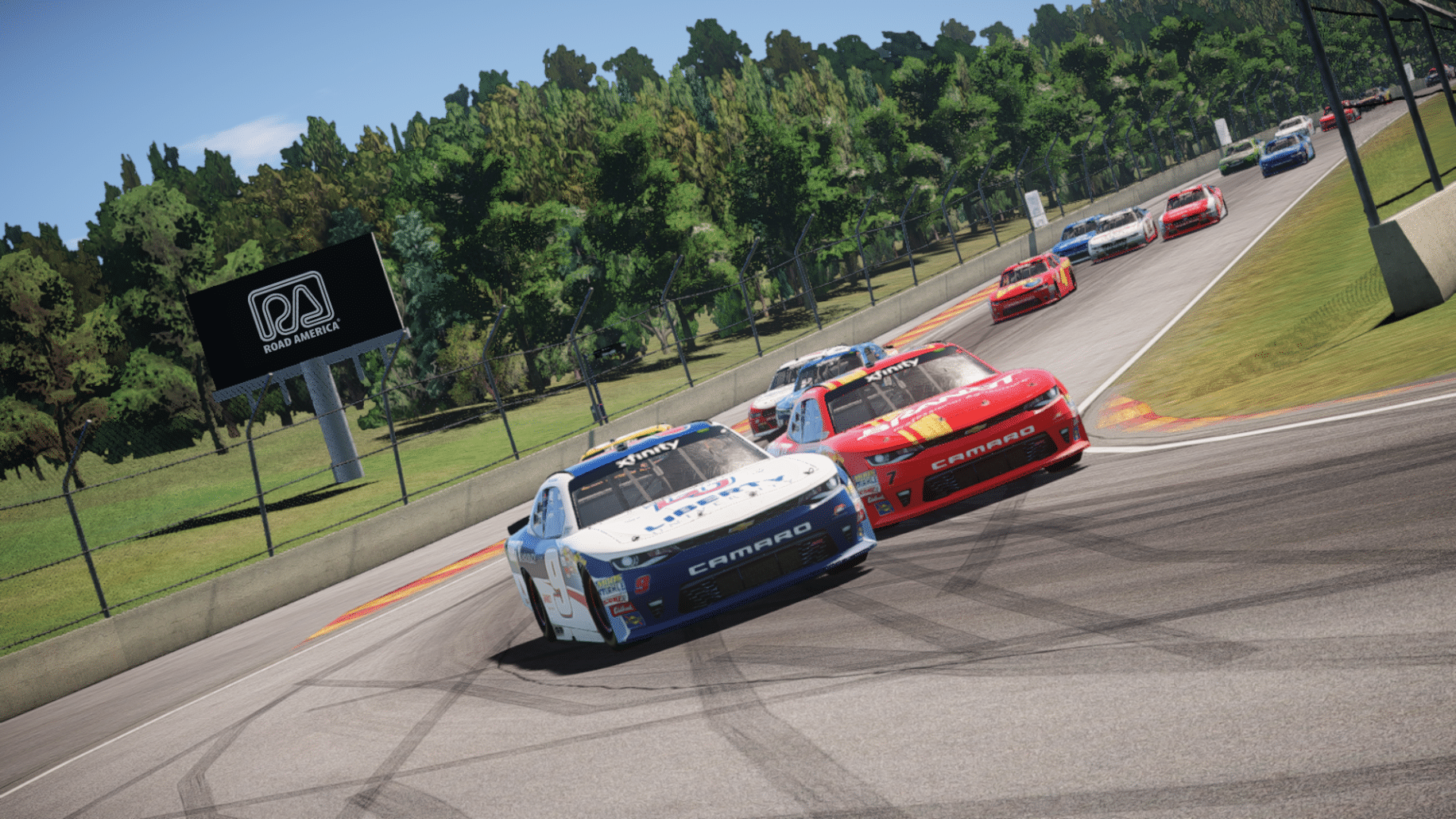 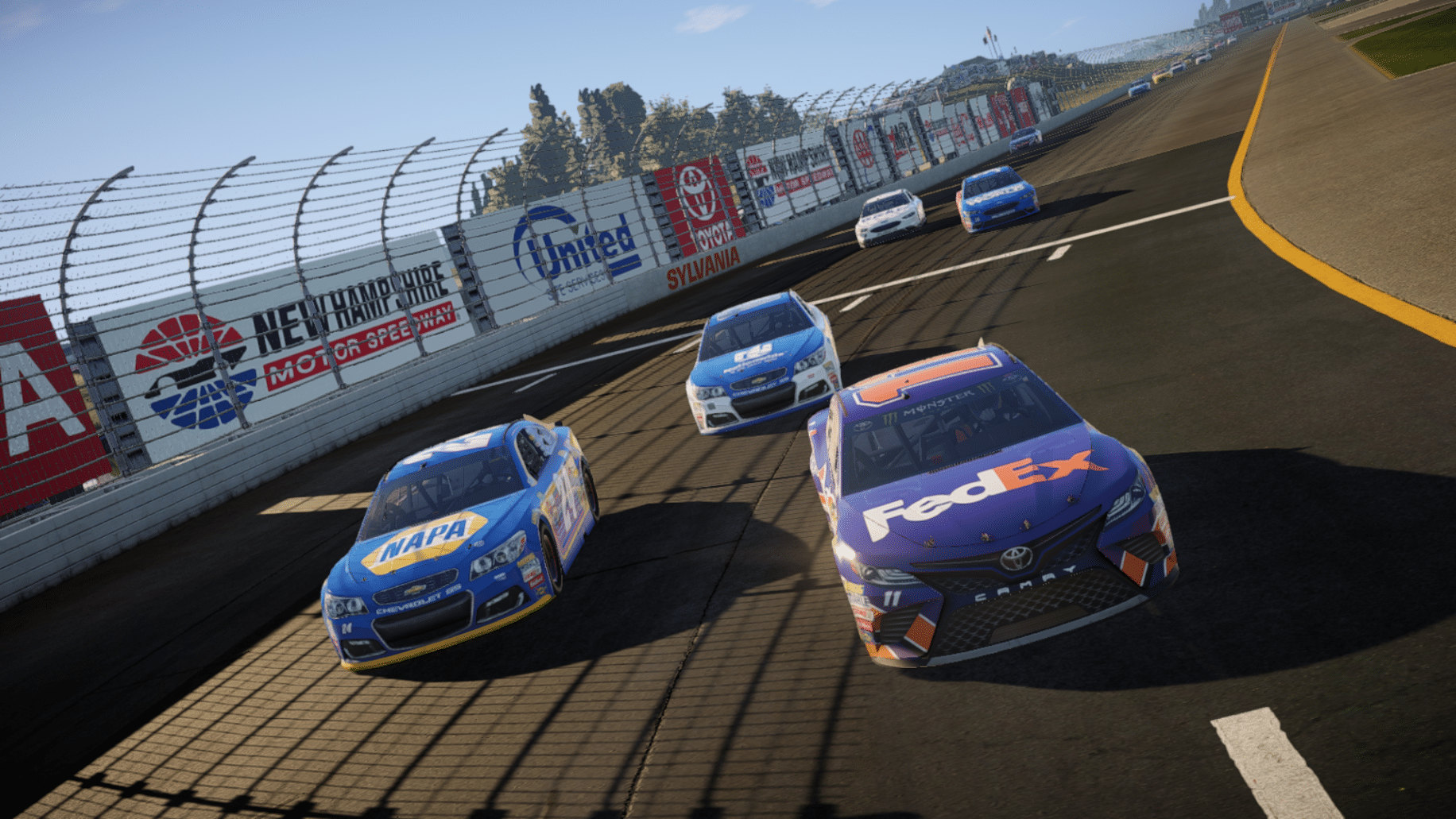 “We are super excited,” said Lewis. “We really focused on making a big jump and continuing to build on that solid foundation. Everything that they’re doing in real life, we are mimicking on our end with the game and it really pays off.”

My kids had a small interest in racing because of their old video game, but the experience of going to a race in person and now having NASCAR Heat 2 has really made them excited about the sport. They now watch the races on television, collect NASCAR cars and other items, and they’re excited to go to another race in person.

Just like in the other sports, a good video game can get kids excited about the product and that’s good for business.

“It’s very important,” said Davidson. “I think gaming is really is really integral to our outreach when it comes to young fans. Gaming for us certainly helps the outreach at a younger demographic and it also helps without diversity efforts because we’re able to reach out to different audiences.”

Aside from the realistic features of NASCAR HEAT 2, the video games also provides a direct connection to the in-person experience because there is a $50 coupon in each box that allows for an opportunity to attend a race. It’s a critical aspect of NASCAR reaching younger fans.

“Let’s get these young kids who are gamers out to the track and experience it and have them come back for more,” said Davis. “We’re all trying to lift up the sport and support NASCAR as best we can.”

When it comes to my family and NASCAR, we enjoyed the experience of going to a race in person and we’ll go again next summer. But as far as my kids are concerned, that NASCAR experience is now year-round with “NASCAR HEAT 2”. The game is realistic, fun, and creative as the boys have the ability to create their owns cars. I actually like it because as an older person it’s not that complicated to operate the controllers.

It’s an awesome game so I’m going to end this story right now and take advantage of the kids being in school as I’m writing this so I can go play the game myself.

NEXT: Aaron Judge named cover man for MLB The Show 18 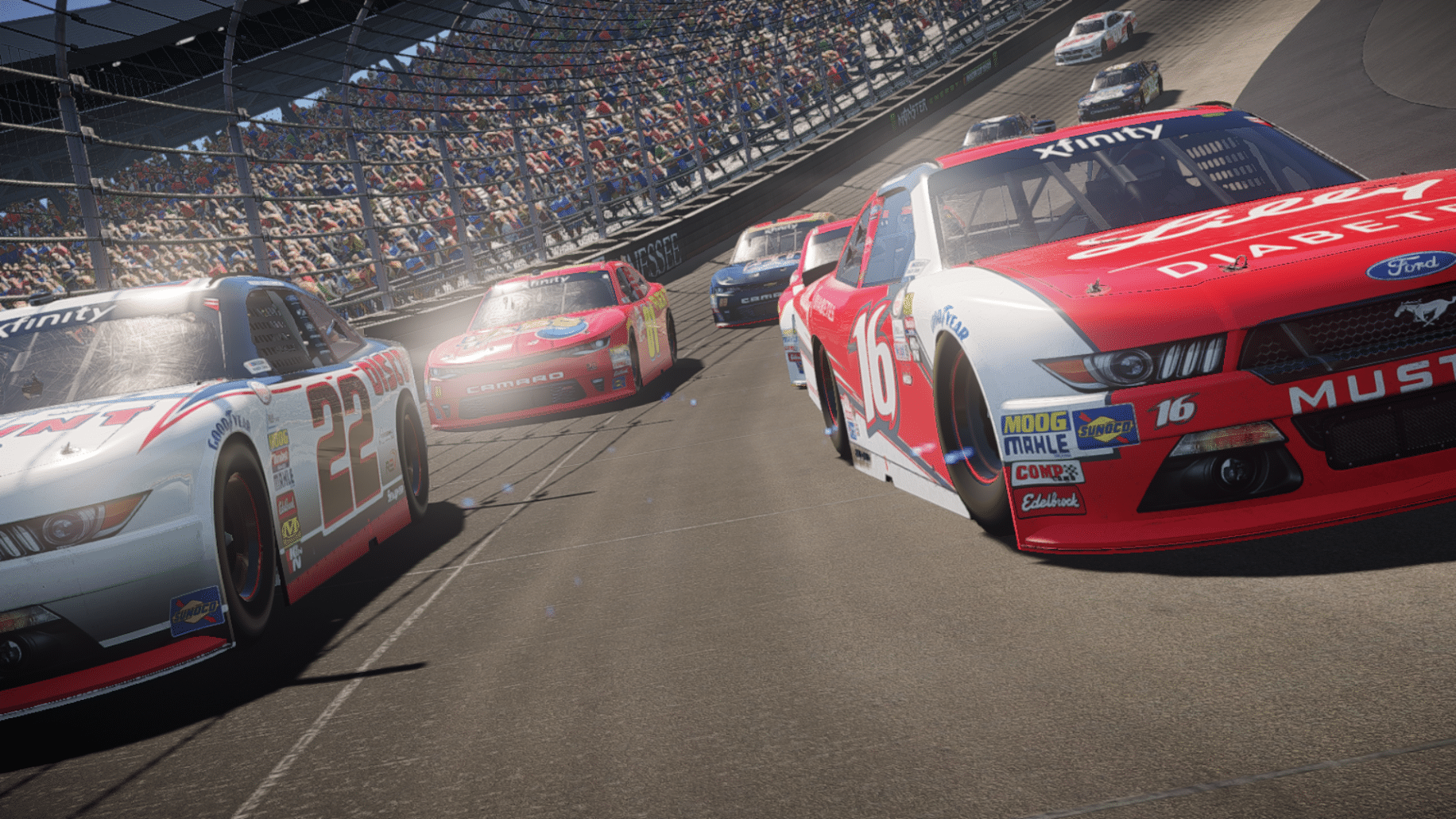 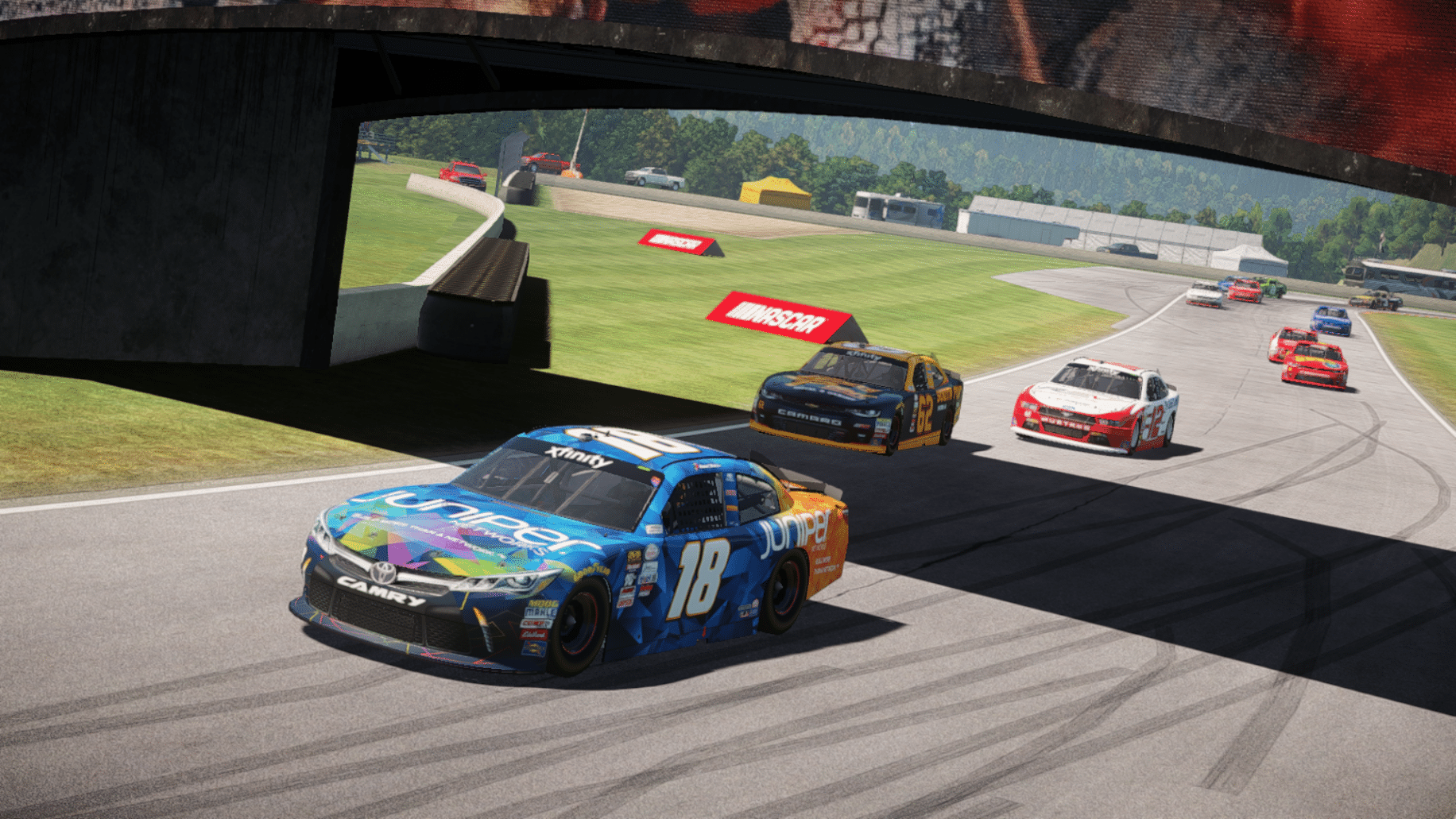 Evan Fournier hates the way he looks in NBA 2K22