Welcome to my Fantasy Football Q&A. Today, your questions about Fantasy Football are getting answered. As always, keep the questions coming. Please note that I only play dynasty leagues so my answers are skewed in that direction.

Side B is the stronger option unless your team has a ton of depth at running back and you are looking for one lone stud to carry you to a title. Then Ezekiel Elliot and Alfred Morris could be the better choice, although serious thought should still be given to Side B.

As difficult as it is to trade a player of Elliott’s ability, Side B makes it worth the price. While Elliot had an excellent season last year, Morris is not much more than a change of pace back. He’s not even a great handcuff option, as Elliott appeared to be very durable, at least in his rookie season.

While Elliott was great as a rookie, Devonta Freeman is also young (only 25), and is coming off two straight 1,000 yard seasons. There are some concerned about Tevin Coleman taking touches away from him, but Coleman has been there for two seasons and hasn’t stopped Freeman from producing.

Dalvin Cook was a second round pick, which is high for a running back. However, he had first round talent and fell due to character concerns. While those concerns are valid for dynasty football, Elliott has had issues as well and could face a suspension at the beginning of the year.

Cook enters a Vikings backfield where his main competition for touches should be a fragile Latavius Murray. Cook could easily see a 1B role or even a number one role this season as a rookie. The Vikings offensive line is a question, but Cook is a shifty back who can find space.

What really puts Side B over the line are the two devy picks (devy leagues allow players to hold onto players in college until they reach the NFL). The fourth overall pick, as well as a third round pick next year are both nice pieces to have.

You could have Freeman (a legitimate star, especially once one of him or Coleman go somewhere else) and Cook. They could potentially be your top two running backs. The two additional picks are an excellent bonus, and that package could be enough to make it worth trading a piece like Elliott.

Any of these players could be drafted before the fourth overall pick, so the answer will have them in order of where to take them. Odell Beckham Jr., Elliott, Julio Jones.

LeSean McCoy and Melvin Gordon are not worth a pick that high. McCoy has a lot of miles on his legs (12,091 yards combined rushing and receiving including the playoffs). While he had a very good year last year, with that many yards on his legs the wheels could fall off at any time, and when they do it’s going to be bad. Too risky for a pick that high.

Gordon is another interesting player. He has a ton of potential (if you can get him in dynasty, go for it) but he hasn’t cracked 1,000 yards in a year thus far. While he absolut1,000-yard000 yard potential, with the Los Angeles Chargers offensive line (which still has questions with how their new players can meld) it’s hard to bet on him getting a ton of help. Most of his value last season was in touchdowns, which is hard to repeat from year to year. Gordon is a little too risky to take this high.

Beckham is my top pick because of his high floor, coupled with his breakout potential. In best ball, when your top however many (usually two but it depends on your league’s settings) players at each position count no matter what, Beckham is virtually guaranteed to be a scoring player for you in 13 of the 17 weeks (with one week he won’t be a top player being his bye week). Beckham has breakout potential every single week and will have a good week even if he isn’t breaking out.

Ezekiel Elliott has the potential to be the top running back in the league. He averaged over 100 yards per game in leading the league in rushing last season, and the Dallas Cowboys have no reason to cut back his workload since he didn’t fall off http://gty.im/630205176 a lot towards the end of the year. His 15 touchdowns will be difficult to repeat, but his yardage should stay around the same level, if not increase.

It’s amazing that Julio Jones is third on the list. But for best ball it makes a little bit of sense. Jones is consistently a top three WR in fantasy (with Beckham and Antonio Brown). However, unlike Beckham, Jones has some really bad weeks. He can break out in any given week, but so can Beckham. When Jones is off, he’s off. Last season he had five games of 60 or fewer yards (with a sixth of 66 yards).

While he has the potential to have a massive week any week (week four last year when he put up 300 yards against the Carolina Panthers is a great example), he can also be expected to put up a few duds every year.

This isn’t to say that you shouldn’t draft Jones if he’s there. Just to say that if Beckham or Elliott are available, they may be worth the pick instead. So Beckham, Elliott, and Jones fall in that order to pick, and if they go with the top three picks (which is very possible), Brown and David Johnson are names to keep an eye on with the fourth pick. 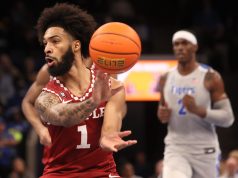 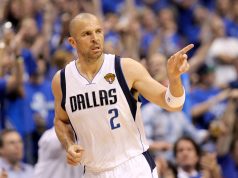