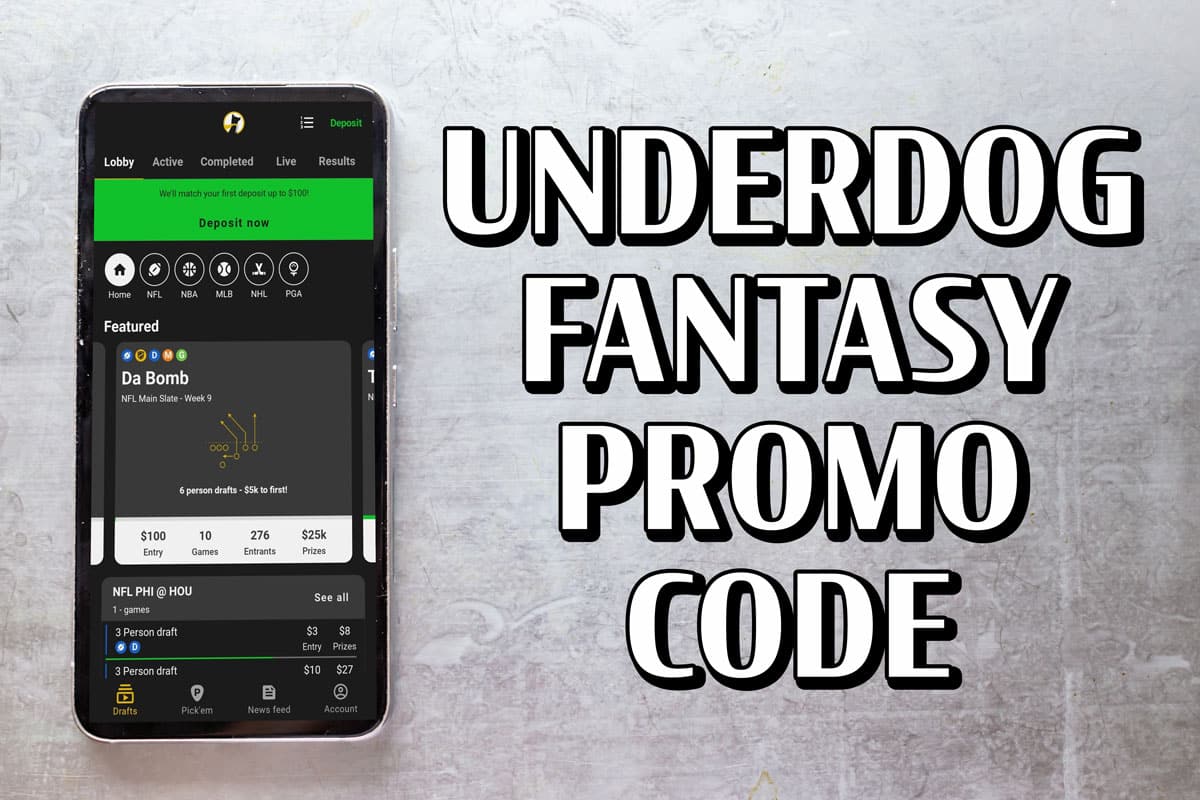 Fantasy players can take advantage of this Underdog promo code to unlock $100 in value in the form of a deposit match welcome bonus up to $100.

Use promo code ESNY and click here to take advantage of the 100% deposit match up to $100 when creating your account on Underdog Fantasy.

We all remember the exciting Knicks-Hawks series during last year’s playoffs, especially notable was when Atlanta’s Trae Young visited MSG during these intense games. No love has been lost between these teams since then, so we expect some fireworks tonight.

Moreover, while much of these rosters remain the same, both teams added a key piece this offseason. While the New York Knicks, of course, added Jalen Brunson, Atlanta added Dejounte Murray. Both players have made their presence felt on their respective teams during this young season.

Signup at Underdog Fantasy with this promo code

By using clicking here and using promo code ESNY, Underdog Fantasy will match your deposit up to $100. This is a great promotion to take advantage of so that you can easily build up a balance in your account to start playing all kinds of real money fantasy contests across NBA, NFL, MLB and more.

Here’s how it works.

Is this for real money?

Yes, Underdog Fantasy is a legal operator of fantasy contest with real money at stake. The platform is available and legal in most U.S. states including the state of New York.

How can you play tonight’s NBA games?

The Underdog Fantasy platform provides a few really fun ways to play the NBA slate ahead. The main ways to participate are through a daily fantasy NBA draft format or through one of the pick’em contests that Underdog provides. Here is some information on both options:

If you’ve played daily fantasy before, this will be familiar with you. Where Underdog shines is providing a number of quick and easy ways to participate for real money and real fun. You can enter what Underdog calls “Battle Royale” contests or smaller draft-based contests.

The Battle Royale contest works like this: You draft a roster of, say, 6 NBA players via a snake draft format against either 6 or 8 total people. The uniqueness, however, is that you aren’t just competing against your group of 6 or 8 people. You’re competing against the entire group of players playing tonight which might be thousands of players. The fun, however, here means that there is much bigger prize money available. The first place winner can often win as much as $10,000 for a simple $5 entry, and often times up to 1,000 participants finish in the money.

The smaller draft contests usually involve anywhere from 1-3 other participants and entry fees can range from $5 to $100 and up. You draft usually something like 6 players and the winner of the group of 2-4 people takes the prize money. It’s more simple and you’re only competing against a few people.

Pick’em contests offer some unique fun that is more similar to sports betting (namely player prop bets). Here you can pick over or under around a specific stat for a player. For instance, you might have to choose higher or lower Jalen Brunson 24.5 points against the Hawks. It doesn’t end there, though, because you have to string together at least two of these picks. The more you do (up to 5), the higher the multiplier or payout potential.

While the NBA has a full slate of action, note that Underdog has a full suite of contests around tonight’s Astros-Phillies World Series matchup. You can draft a four man roster of players from tonight’s game and play for real money, or you can string together pick’em selections such as higher/lower Bryce Harper 1.5 hits + runs + RBIs. Check it out!

Register now with promo code ESNY and get a deposit match on your first deposit up to $100.