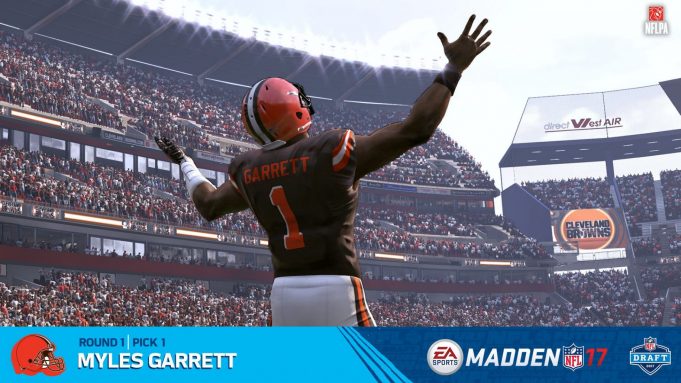 With Jamal Adams, Evan Engram and 30 other first round choices going in the 2017 NFL Draft, “Madden NFL 17” has gotten to work.

Thirty-two football players are entering the National Football League with the tag of “first-round selection.”

Obviously, Adams will bring incredible football IQ and sideline-to-sideline athleticism to Todd Bowles‘ defense. His edge play as the eighth man in the box is already better than most NFL safeties. He can literally do anything.

For Engram, he now represents just one more weapon at the disposal of Eli Manning. It’s scary to think about Ben McAdoo’s weapons in 2017.

The question left for diehard football fans is, “What would their Madden NFL 17 ratings be?

That question has now been answered.

NEXT: Fennelly's 5 Points About the 2017 Giants Draft Class