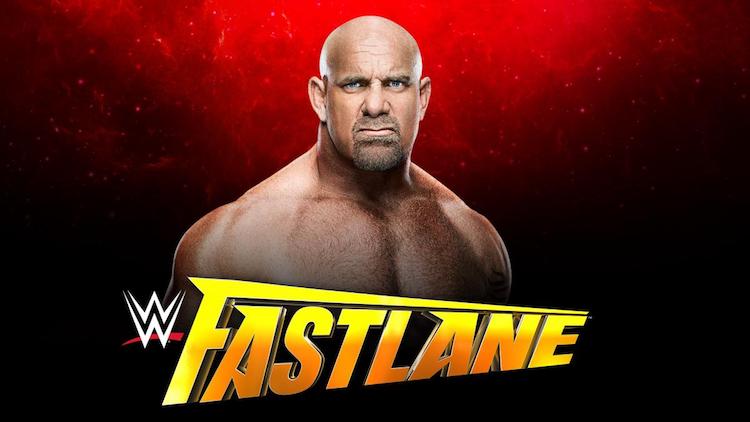 WWE Fastlane is here, the last Pay Per View before Wrestlemania 33. Who will be a champion heading into the granddaddy of them all?

This cruiserweight tag team match combines two story lines. Kendrick offered to be Tozawa’s mentor. When Tozawa refused, Kendrick attacked him and then defeat Tozawa via count out on 205 Live. Swann, on the other hand, is attempting to sway Dar’s on-screen girlfriend Alicia Fox away from the Scottish Supernova.

It seems like a lot (almost all) cruiserweight storylines are set up for the good guys to win. No difference here.

The Club look to defend their tag titles for the first time on PPV, while Enzo and Big Cass are looking for their first titles in WWE. Enzo and Cass need the titles in the worst way. Their same old act is growing stale with the WWE universe. The titles will add some flare into their act. However, when The Club held the IWGP Tag Titles in Japan, they did so for a year. Don’t expect them to drop the titles.

If Enzo and Cass do dethrone the champs, it will most likely be at Wrestlemania 33 in Orlando — home of NXT, where they never won titles before.

Neville (c) vs Jack Gallagher for the Cruiserweight Championship

This has the potential to steal match of the night. Ever since Neville joined the cruiserweight division, he’s been on fire. Looking magnificent in the ring, as well as on the mic, the King of the Cruiserweights has certainly earned his crown. Gentleman Jack is just as entertaining, and a master in the ring as well. With his trusty umbrella, William III, there’s no telling what the Extraordinary Gentleman will do.

Lately, in WWE, there have been too many champions dropping their titles on the first PPV defense. Neville is simply on too much of a roll to lose here. Expect the King of the Cruiserweights to retain and head into Wrestlemania as champion.

Nia Jax has been on a roll lately. Defeating both the Women’s champion Bayley and Banks in a tag match certainly puts her in contention for a title shot. Banks is still looking for momentum since returning from a knee injury. She is also looking for redemption against Jax, who was the one responsible for her injury.

Expect Jax to continue her winning ways. This should boost her into a title match at Wrestlemania 33. Banks can still get into that match, which should also include both women in the other women’s match on this card, but will need to turn heel before that can occur.

This is another match that has the potential to be match of the night. Samoa Joe is making his main roster PPV debut at Fastlane. Sami Zayn is seeking redemption from being assault by Joe. Expect this match to end this quick feud.

Joe will defeat Zayn. Joe will then turn his attention toward the so-far unannounced match between HHH and Seth Rollins, being in The Game’s corner. Fans of Zayn are still wondering when he will finally get a chance at gold, having pinned US champion, Chris Jericho, last January.

Bayley (c) vs Charlotte Flair for the Raw Women’s Championship

Sixteen times Charlotte has either challenged or defended a championship title at a PPV event. Sixteen times, she has had her hand raised in victory. Bayley has a massive task at hand, in trying to take down The Queen. It is Bayley’s first title defense.

Charlotte will continue to be perfect when the title is on the line at PPV events. The game of hot potato with the Women’s Championship on the red brand continues. However, expect Bayley to get redemption at Wrestlemania.

What happens when an unstoppable force meets an immovable object? You get this match. Braun has been on a warpath, destroying everyone and everything in his path. Reigns is a powerhouse, who seemingly stopped Strowman with a spear through the barricade … until Strowman got up and threw Reigns into the top turnbuckle so hard it came undone. This match is going to be an all-out war.

The heavy rumor is that Reigns will face The Undertaker at Wrestlemania 33. The seeds were planted when Reigns eliminated the dead man from the Royal Rumble. What better revenge than by attacking Reigns when he is already in a match? That sets up a match for the ages at the show of shows.

Kevin Owens (c) vs Goldberg for the WWE Universal Championship

The hype for this match is real. The indie star who has risen to the top against the unstoppable monster from WCW. Both men are heavy hitters and this match promises to deliver. Goldberg is the biggest threat to Owens title reign yet. Owens is going into this bout with 100 percent confidence that he will still be champion at Wrestlemania next month.

It’s Wrestlemania season, and there’s no time like the present to slap a major title on part-timer. Expect a Chris Jericho appearance here, as a match between him and Owens at Wrestlemania will signal Jericho’s exit from WWE to return to his band Fozzy. This makes the match between Goldberg and Lesnar at Wrestlemania 33 for the WWE Universal Championship.

NEXT: Thor Is All Game of Thrones Crazy