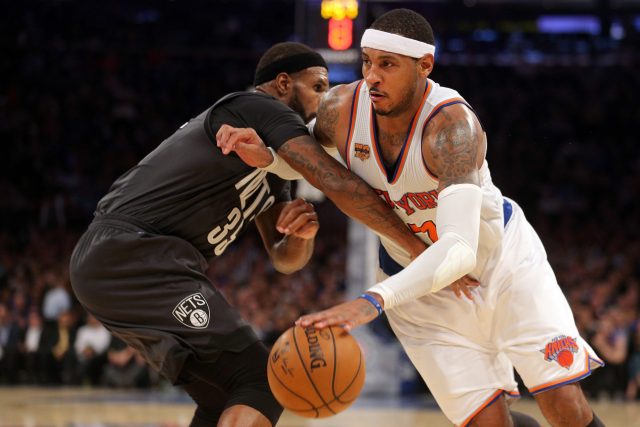 Finally, it has happened. And now, we’re not discussing the New York Knicks finally coming up with a phenomenal defense effort in their 110-96 win against the Brooklyn Nets.

According to ESPN’s Ohm Youngmisuk, Melo offered interesting dialogue in reaction to the stunning upset from Tuesday night.

“We have much more responsibility now, especially with the youth and educating them… we can’t rely on a system or one person… It is a conversation that we all are going to have to have with our kids. What is that conversation? That is the scary part for me.”

Melo on election result: "I talked to kids today, my family, you can just hear the nervousness, they are afraid…" pic.twitter.com/3GXPjiXbQW

Anthony led the Knicks in scoring in the sound win on Wednesday night at the Garden (22 points including 13 consecutive New York points in the 3rd-quarter).