While Raw has been WWE’s flagship television show, it is Smackdown that has been the number one brand since the roster split.

From its inception in 1993, to become television’s number one cable show in the late 90s, to adding an extra hour in 2012, RAW has been World Wrestling Entertainment’s flagship brand. Even when Smackdown was created in 1999, it was always viewed — and produced — as a secondary product. An afterthought. It was Vince McMahon’s red-headed stepchild.

In the early 2000s, former ECW messiah Paul Heyman did his best to make Smackdown WWE’s A-show. He built the show around the core of Kurt Angle, Edge, Chris Benoit, Rey Mysterio, Eddie Guerrero and Chavo Guerrero — known as the Smackdown Six — and relied on a strong in-ring product to bring eyeballs to Thursday nights. But when you omit those times from your memory bank, the Blue Brand has been recognized as a Raw recap show more than anything else.

When the Brand Extension was brought back, fans were excited for yet another potential reboot of Smackdown. But after draft night, fans remembered that it truly was a secondary product. An afterthought. A red-headed step child.

If you looked across the internet after the draft, WWE fans were outraged at how Smackdown, once again, got the short end of the stick.

Interestingly enough, fans tuned in at eight o’clock on Tuesday nights. And as the weeks went on, those sentiments were changed.

With two different teams writing each show, Ryan Ward has been given the task of lead writer for Smackdown. Once holding the same position with WWE’s NXT, Ward has brought a simplistic approach; one that made NXT arguably the hottest wrestling show on the program, and one that has transformed Smackdown into must-see television.

While Raw is force-feeding Roman Reigns down the fans’ throats, Smackdown how revitalized the career of Dolph Ziggler.

While Raw has had trouble getting people to universally boo a top heel like Rusev, Smackdown has turned The Miz into a legitimate threat after years of obscurity.

While Raw’s Women’s division is based on “making history,” Smackdown’s females are determined to fight over their views of right and wrong.

While Raw has their figureheads as a focal point on television, Smackdown has their Commissioner and General Manager do their job and lay low.

Easy storytelling has been a key to making Smackdown a great product. Want a champion to feel important? Treat him as such. While AJ Styles — the WWE World Champion — is interacting with the likes of Cena and Dean Ambrose each and every week, Kevin Owens — the WWE Universal Champion — is playing second-fiddle to Chris Jericho. 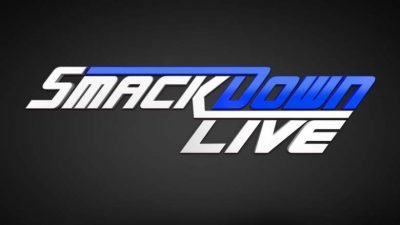 Sure, the extra one hour on Monday nights does make a difference. But ever since the Brand Split, Smackdown has done more in their two hours on a near-weekly basis than Raw does. While top talents like Bayley, Luke Gallows and Karl Anderson, Sami Zayn, and Neville flounder, people like James Ellsworth, Heath Slater and Rhyno, and Carmella are seriously becoming household names.

It’s that each individual wrestler seems important every Tuesday. For every time Cesaro and Sheamus have a match for the sixth straight week, Orton turns on Kane to join the Wyatt Family after weeks of helping each other out (or will he? We’ll have to watch to find out).

No matter what the circumstances were, Raw has always been the WWE’s number one show.

But nowadays, Smackdown is the product that has fans talking. Their fans are voicing their positive opinions while the viewership slowly increases.

Some may say it’s only a matter of time before Smackdown becomes WWE’s A-show.

But let’s be real — it already is.