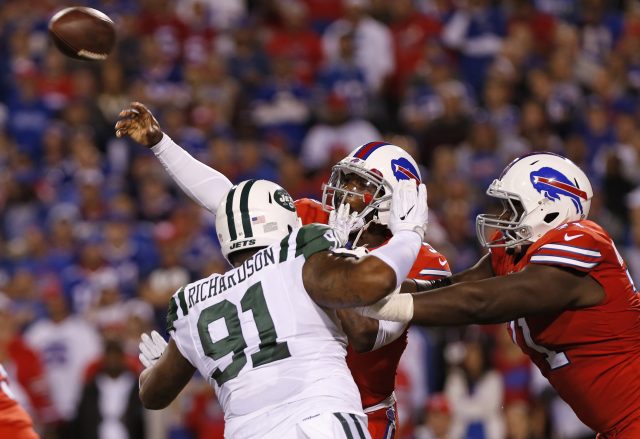 Bowles Figured It Out Defensively

The point is: in this situation, less is more.

RELATED: Sheldon Playing Out Of Position Is Killing The Jets

It’s impossible to fit three interior defensive linemen into a two-man system. Hopefully, Bowles has realized this by now and adjusts accordingly.

What he must do is gamble and put one of them at the nose tackle spot, in taking Steve McLendon off the field:

With the Jets ranking so well against the run and so horrid against the pass, taking this chance in going lighter should happen immediately.

If Bowles doesn’t adjust accordingly and we, yet again, see the 4-man heavy front, it’d be extremely disappointing.

If he figures it out, this defense will finally play up to its potential.