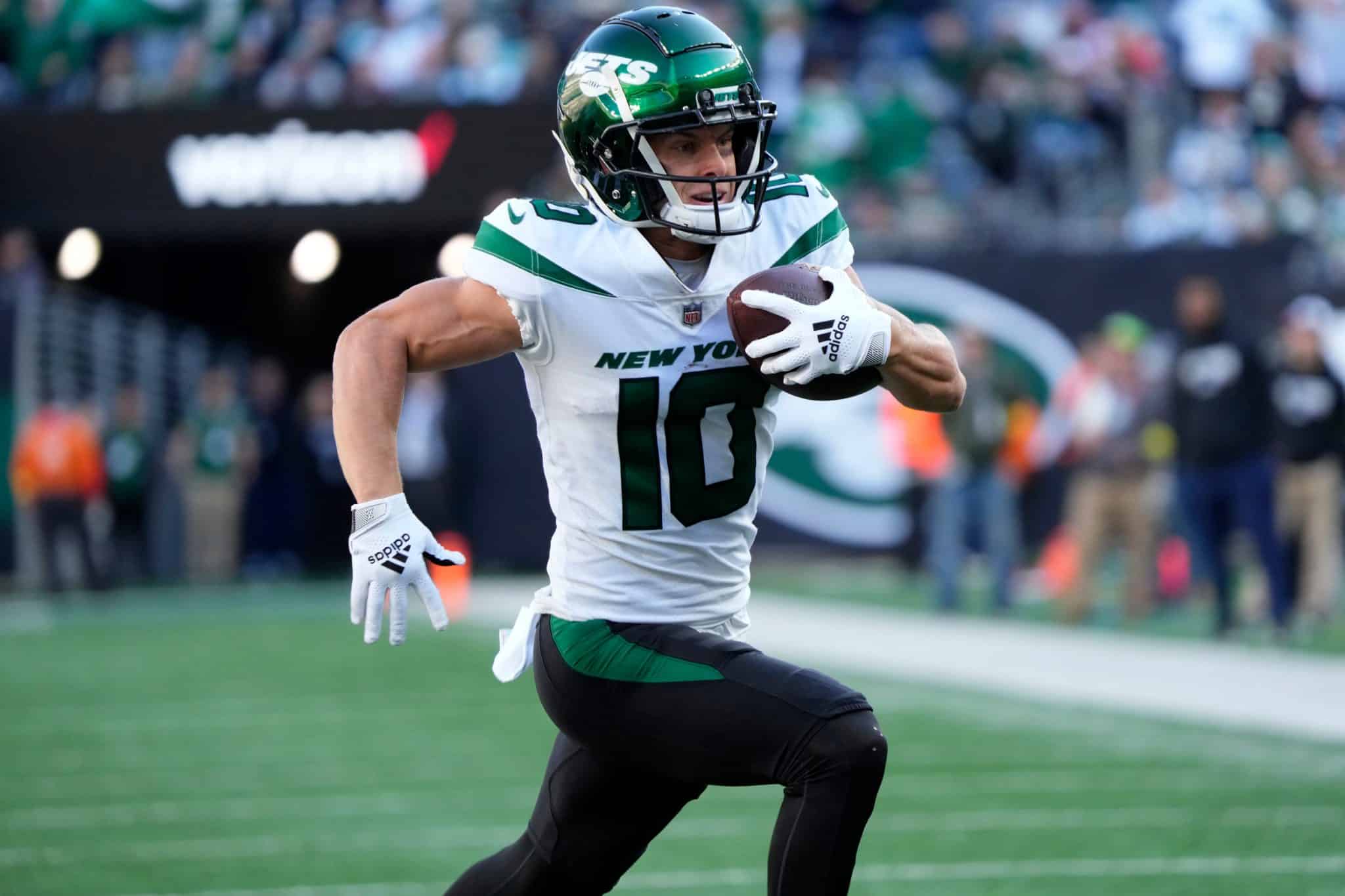 After one half of football that didn’t include a bunch of offense, the Jets came out guns blazing in the second half against the Green Bay Packers. Their secret weapon? That’d be a well-designed play that led to wide receiver Braxton Berrios finding the end zone on a 20-yard run.

Here’s what it looked like, and take a peek at all the tremendous blocks he got along his way to the end zone:

It wasn’t just the fact that it was a well-designed play, though. As we can see above, it was executed perfectly. Right before this happened, Zach Wilson connected on a big play with Corey Davis through the air. Here’s what that looked like:

Wilson and the Jets managed fewer than 30 yards passing in the first half, so seeing them string together a couple of passing plays to set up Berrios’ touchdown run was certainly encouraging to see.

It appears as though Robert Saleh’s coaching staff saw areas for the Jets to improve upon on the offensive side of the ball and talked about it at halftime. So far, Gang Green has gone out and executed perfectly.