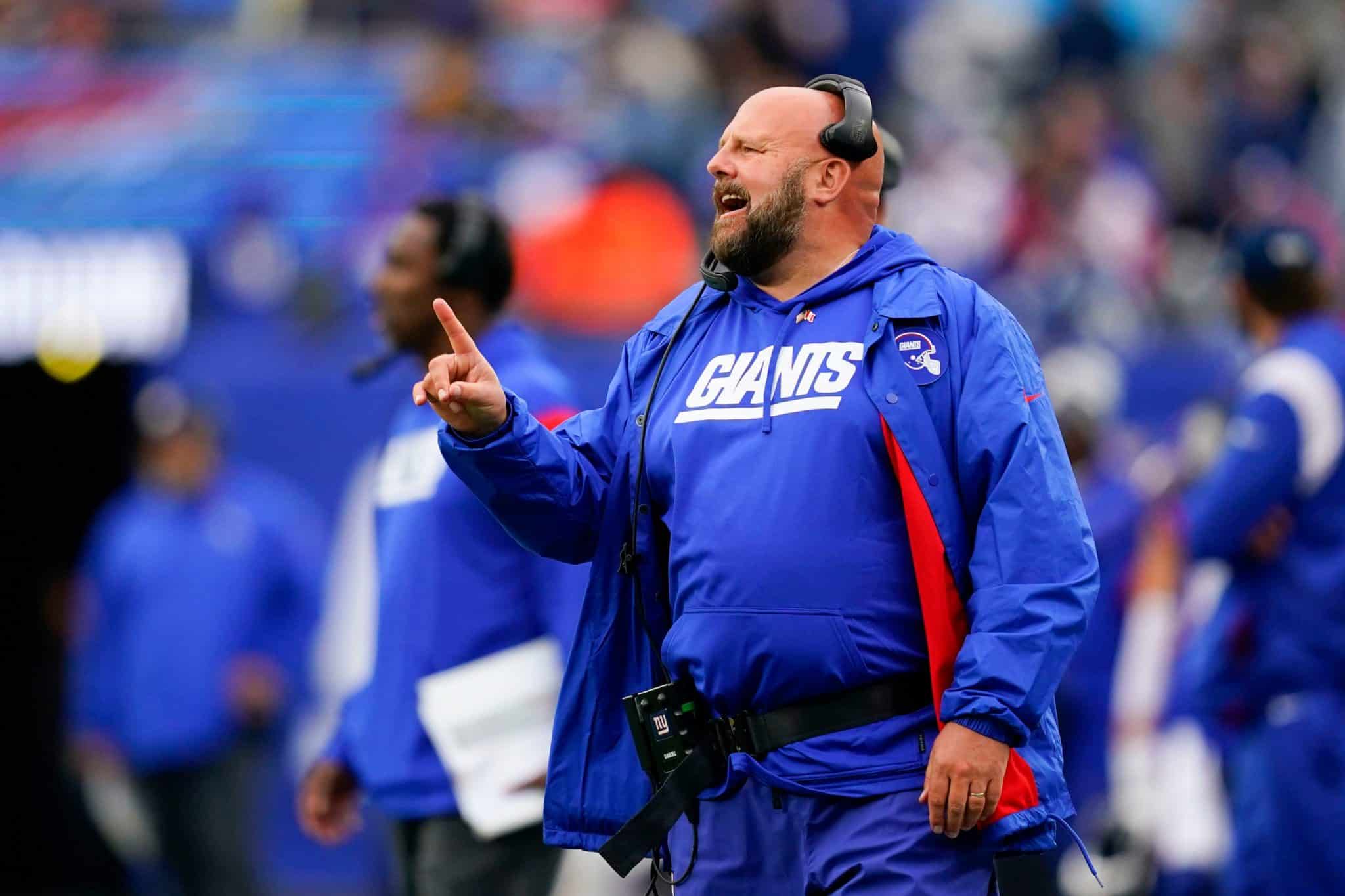 Let’s be honest. If someone came to you in July and said the Giants would be 4-1 after five weeks of football, would you have believed them? No, of course not. You probably would’ve laughed in their face and said they were crazy.

But here we are, preparing for Week 6 of the NFL regular season and that’s exactly what’s happened for Big Blue. Head coach Brian Daboll and the rest of his coaching staff have done a terrific job of changing the culture within this locker room. Running back Saquon Barkley had plenty of great things to say about the impact Daboll and Co. have had on the Giants (quotes from Giants Wire).

(Daboll) made a big difference. Not just only Dabs — everyone. All the guys that came in — all the coaches, all the staff and the guys who were here prior and who are here now. You know, they are doing a great job. We have unbelievable coaches and the big thing; we got players that trust in our coaches and trust in the system. We know that, hey, this is the NFL, they are going to make plays. At the end of the day if we just keep believing it, keep trusting the process, we can get the job done.

Barkley also spoke of the culture change that’s gone on with this new regime. He had some telling things to say about how the Giants approach games these days:

Obviously just a standard, the culture, the coaches (have changed). But to be completely honest, what I believe has changed is we are finding ways to win games. There’s been a lot of times throughout my career that we’ve been in a situation in the past in the first couple of games and we always end up on the wrong side of it and we are finding a way to end up on the right side of it.

This was on full display during Week 5 in London against the Green Bay Packers. The Giants found themselves down 20-10 at halftime and 20-13 after three quarters. In the past, those situations would lead to an eventual blowout — especially with Aaron Rodgers as the opposing quarterback.

But not anymore. Barkley, quarterback Daniel Jones, and the rest of the Giants found a way to grind out a victory to secure a 4-1 record and the organization’s best start in 13 years. Daboll is getting high praise from his players, which undoubtedly means a lot to him and the direction they’re headed.

Bill Parcells told me he was screaming at TV for Brian Daboll to take a safety at the end of the game, which he did. Parcells was an elite game manager, so that's a strong endorsement of Daboll's game day skills. BP also said this was best Giants victory in 5 yrs. Once a Giant…

Times, they’re a-changin’ for the Giants. Barkley can feel and see the difference, and so can others outside the organization. We’re only five weeks into the regular season, but Daboll may have coach of the year honors already wrapped up based on the job he’s done thus far.