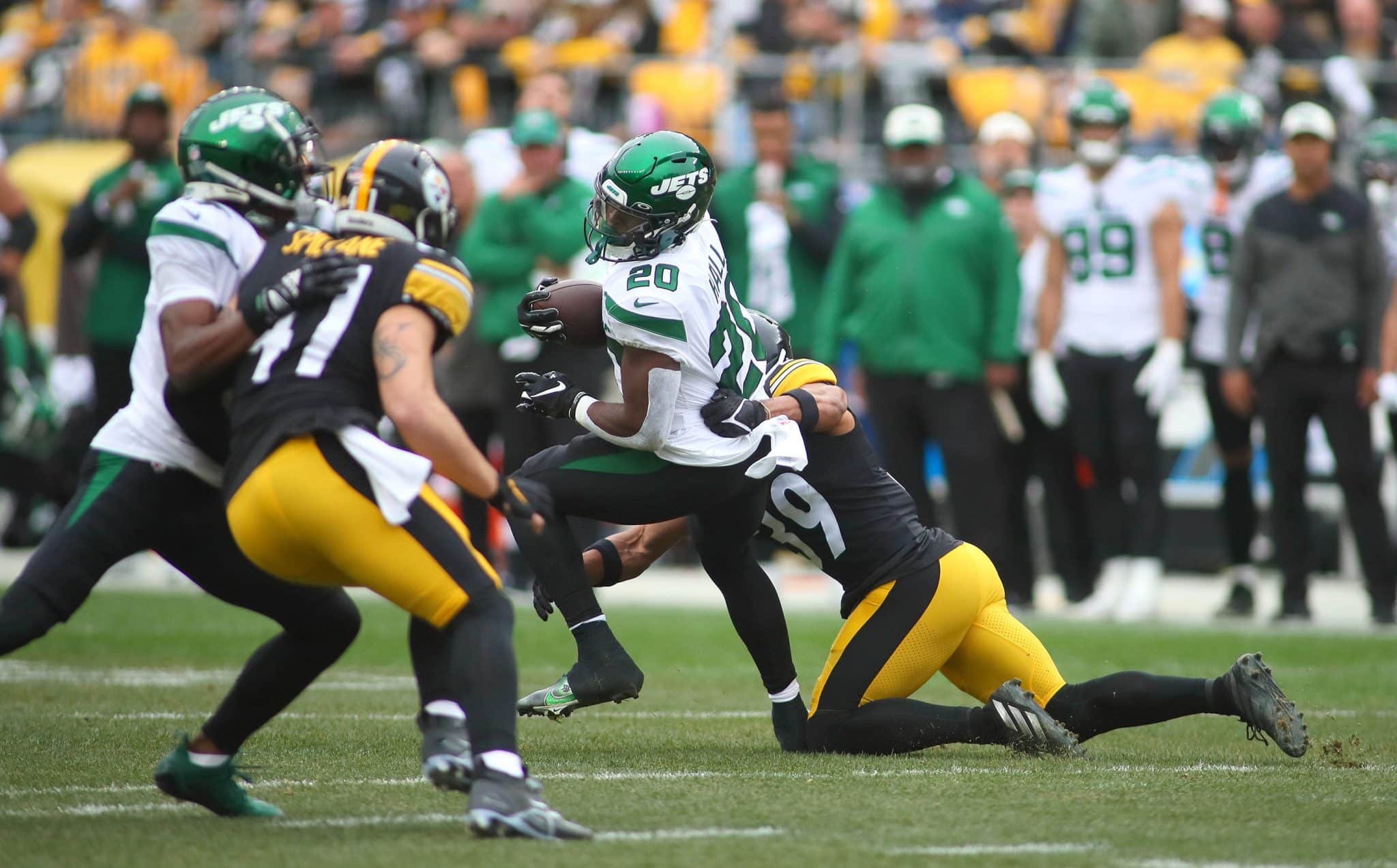 Coming off yet another incredible comeback win, it’s time for the Jets to show some life at home in front of fans at MetLife Stadium, don’t you think? They’ll have that opportunity in Week 5 against the Miami Dolphins (1 pm ET, CBS).

New York enters this matchup as a three-point home underdog (via Sports Betting Dime). Here are ESNY’s staff picks for this matchup:

Josh Benjamin, staff writer (5-3 against the spread, 5-3 straight-up): We keep criticizing Gang Green, and Robert Saleh keeps demanding receipts. It’s hard to imagine the Jets won’t win this week, even with their inconsistent defense. Teddy Bridgewater isn’t terrible but still isn’t Tua Tagovailoa. Zach Wilson, on the other hand, seems to have injected some life into the once-lowly Jets. Jets 30, Dolphins 24

Danny Small, staff writer (5-3, 5-3): The Jets are still looking for their first back-to-back wins during the Robert Saleh era. With Tua Tagovailoa out for Miami, this is a golden opportunity for the Jets at home. Run the ball, protect Zach Wilson, and avoid the big play on defense. That’s the recipe for a win. Jets 31, Dolphins 14.

Ryan Honey, staff writer (5-3, 5-3): The Dolphins will be without starting quarterback Tua Tagovailoa due to a concussion and back injury. This means veteran Teddy Bridgewater will trot out against the Jets. While this can be perceived as a positive for the Jets’ defense, it may not make that much of a difference. Miami still sports an intelligent, offensive-minded head coach in Mike McDaniel along with numerous weapons to help take pressure off Bridgewater. Combine this with the immense struggles in and around New York’s defense, and you have what should be a fourth win for the Dolphins. Dolphins 24, Jets 10.

Matt Musico, editor (6-2, 5-3): The Jets have their young quarterback under center again, and the Dolphins unfortunately won’t have theirs. Wilson looked as good as we’ve ever seen him thus far as a pro football player in the fourth quarter of Week 4. I’m thinking that’s the kind of momentum the Jets need to keep pushing ahead. Even without Tua, Miami still has plenty of offensive weapons, so it’s time for Saleh’s defense to do its job. Jets 30, Dolphins 24.