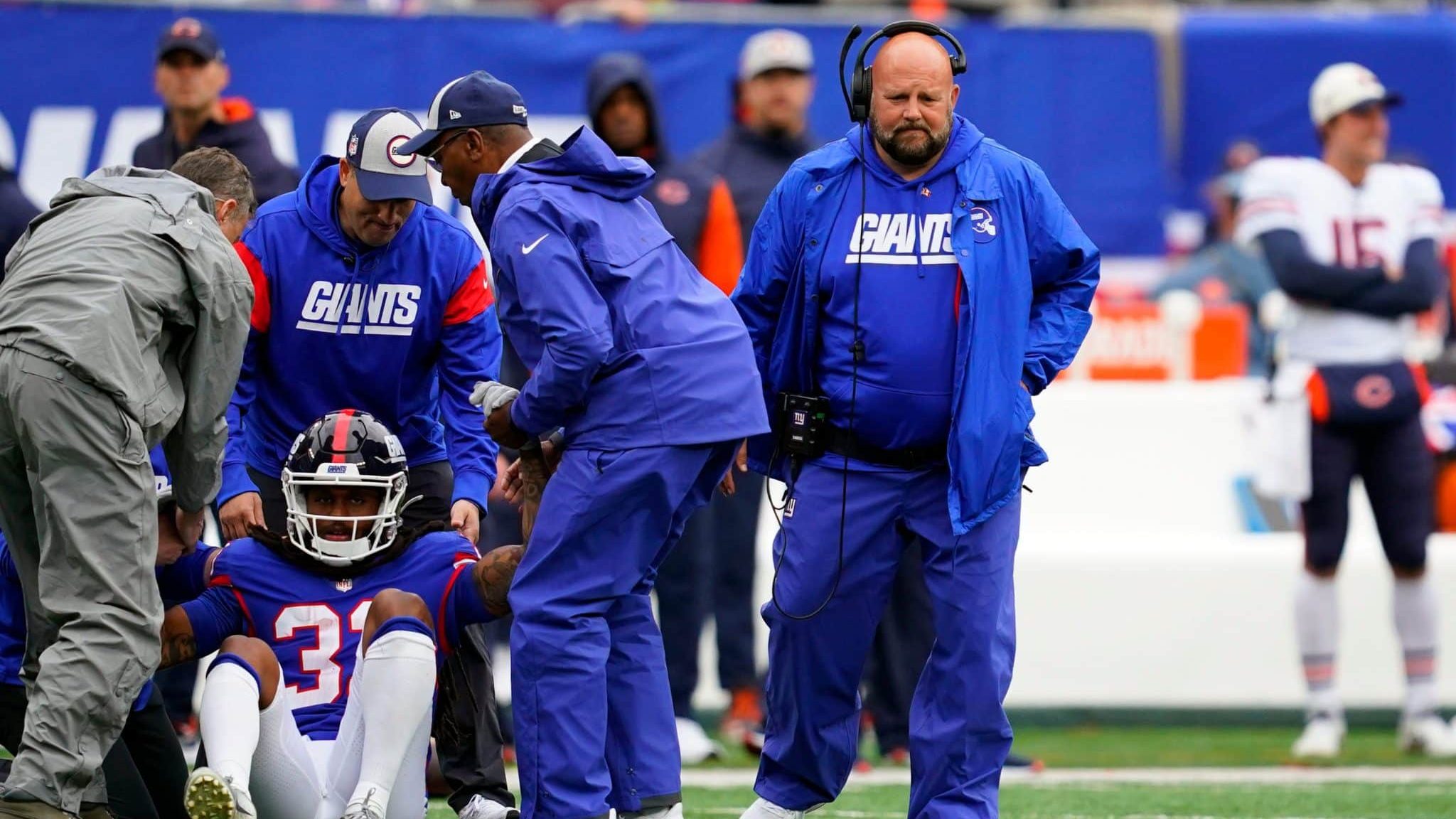 Aaron Robinson will miss some time. The starting Giants cornerback exited Sunday’s win over the Bears with a knee injury and didn’t return. The team then placed Robinson on injured reserve Tuesday. He will miss at least the next four games.

The second-year player has failed to stay on the field in 2022. After winning the starting boundary corner job opposite Adoree’ Jackson entering the regular season (or just being the only guy not to lose the job), Robinson missed two games due to an appendectomy. The young defensive back sat out Weeks 2 and 3 against the Panthers and Cowboys before suffering this current injury.

How will the Giants replace him?

One of the Giants’ thinnest position groups is further crumbling as the team prepares for its London matchup with the Green Bay Packers this Sunday.

Jackson has impressed thus far but that opposite boundary corner spot has been weak. It could keep being the cause of issues with Robinson sidelined, too. Starting candidates include rookie Cor’Dale Flott (who started in place of Robinson against Carolina and Dallas but missed Week 4 with a calf injury), Fabian Moreau, and Justin Layne. Practice squad players Zyon Gilbert and Olaijah Griffin could also potentially be elevated for depth purposes.

Realistically, expect Moreau to get the nod. He’s started 34 games since entering the league in 2017 and was on the field for 79% of the Giants’ defensive snaps on Sunday. He broke up a pair of passes from Bears quarterback Justin Fields.

The team has relied on Flott to previously start in the absence of Robinson. But even if he’s healthy, inexperience plays a role here. The Giants will be facing a two-time reigning MVP in quarterback Aaron Rodgers on Sunday. They must be strong in the secondary to help take pressure off a weak New York offense that might be without quarterback Daniel Jones (ankle).