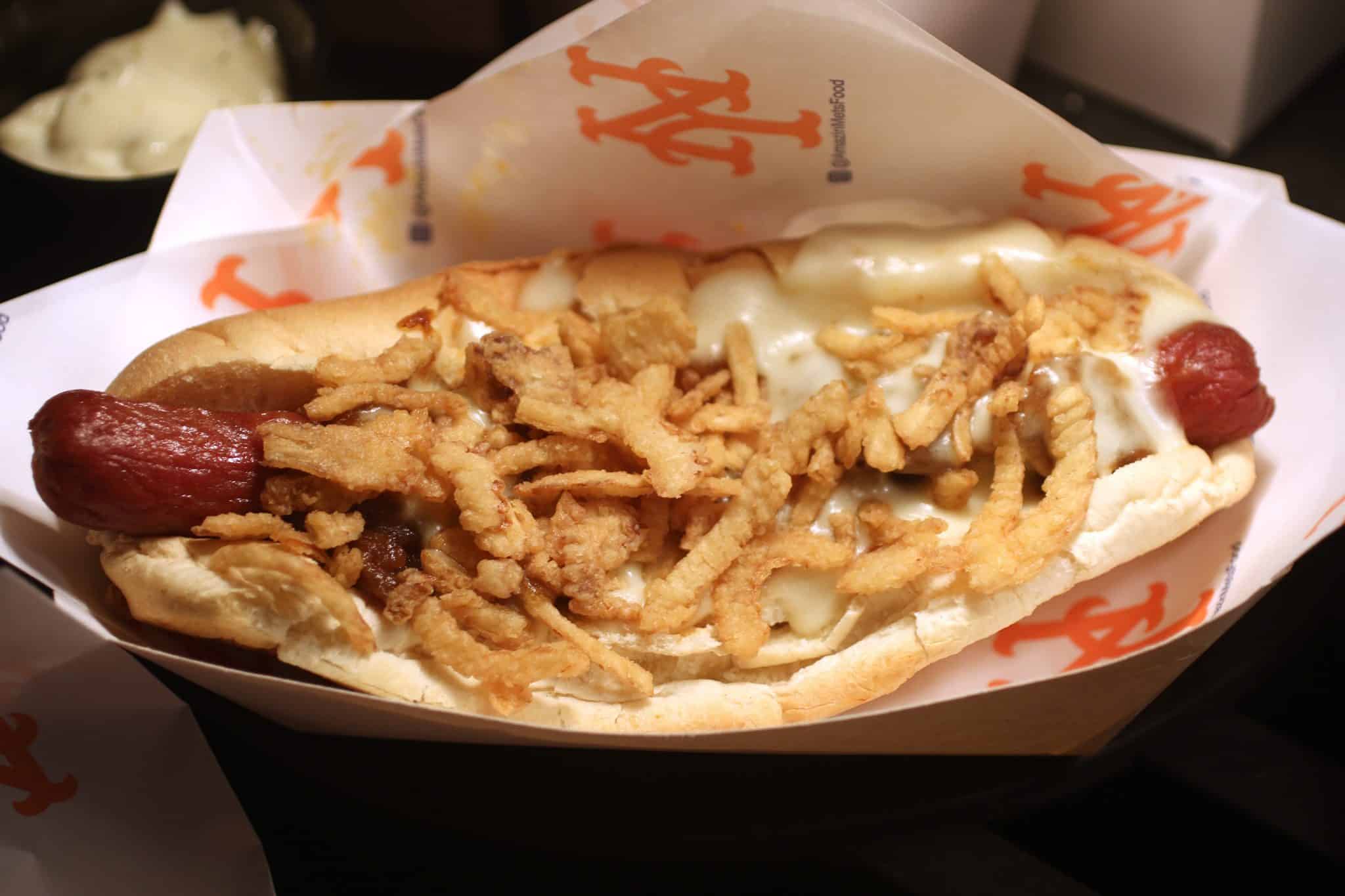 MLB postseason action is full of thrilling moments throughout the month of October. We’re mostly talking about what happens on the field: huge pitches are thrown, even bigger homers are hit, and every run scored brings a certain type of euphoria.

But if you’re headed to MLB postseason games at Citi Field this year, you’ll also be greeted with some new food to try. MLB.com’s Mets beat writer Anthony DiComo provided some details with very necessary pictures to see how delicious these new options look:

📸 The Mets are introducing a slew of new concession items for postseason games at Citi Field. Among them:

These all look incredible, but for me, it’s an easy choice of what to pick. I’m not a caramel apple kinda dude, so that option immediately gets taken off the table. I’m also quite a wimp when it comes to spicy food, so if I can get “The Heater” without those pickled jalapenos, then I’d give that a try.

Of course, what’s the point of having a burger called “The Heater” without the thing that makes it hot? With this in mind, I’ll probably pass. Chicken tenders are one of my go-to meals at Citi Field, and adding parmesan to anything is OK in my book. So pairing that with the Old Bay fries might be what I’d end up doing.

Even if I go that route, it’d be hard to resist Alonso’s burger. That’s especially the case when there’s almost a 100% chance Alonso crushed one of them himself during whatever taste-testing phase had to happen.

If this is making you hungry and you’re mad that we’ll have to wait until the playoffs to eat it all, then legendary Mets radio announcer Howie Rose has a present for you. It’s called the Put It In The Books Hot Dog. I’ll let Howie provide the description for you:

This is the Put It In The Books Hot Dog introduced tonight at Citi Field. Nathan’s famous frank, ballpark pastrami, apple sauerkraut, mustard, potato bun….Wow! Its real and it’s spectacular! More info at @mets. Trust me on this. I have witnesses who saw me devour it. pic.twitter.com/A08JYAoOeY

Now that sounds incredible. I’ll be adding that to my food rotation at Citi Field, too.

With the NL East title still up for grabs, we don’t know when New York’s postseason food options will debut just yet. But as if having the Mets back in the playoffs wasn’t already good enough, this just makes it even better.