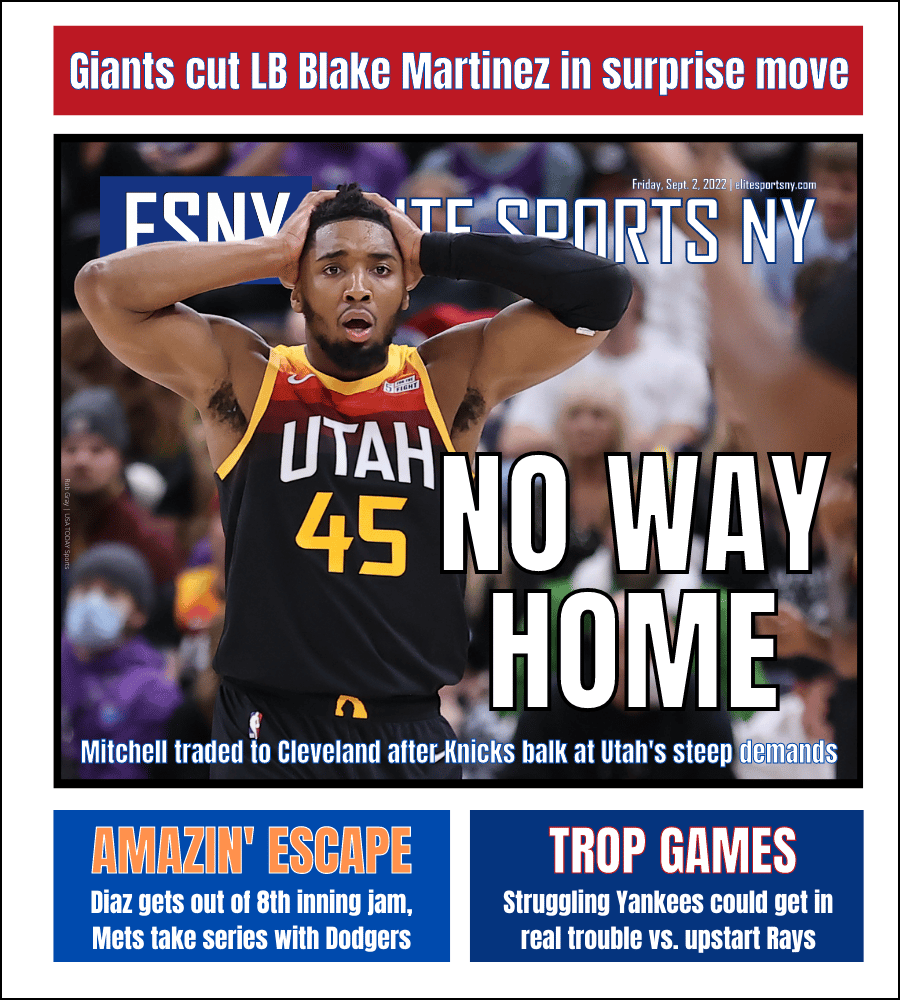 The lead story: The Knicks are still looking for their superstar. Donovan Mitchell will not be coming home after the Jazz traded him to the Cavaliers on Thursday in a blockbuster deal. The move came after the Knicks balked at Utah’s steep demands.

The sidebars: The Giants dumped linebacker Blake Martinez in a surprise move. The Mets took two out of three from the Dodgers after rallying in a getaway game. And the Yankees will try to avoid letting the AL East fall into complete chaos this weekend at the Rays.

Knicks extend RJ Barrett for up to $120M, send message to Jazz on Donovan Mitchell

Will Knicks or Jazz blink first in Donovan Mitchell negotiations?