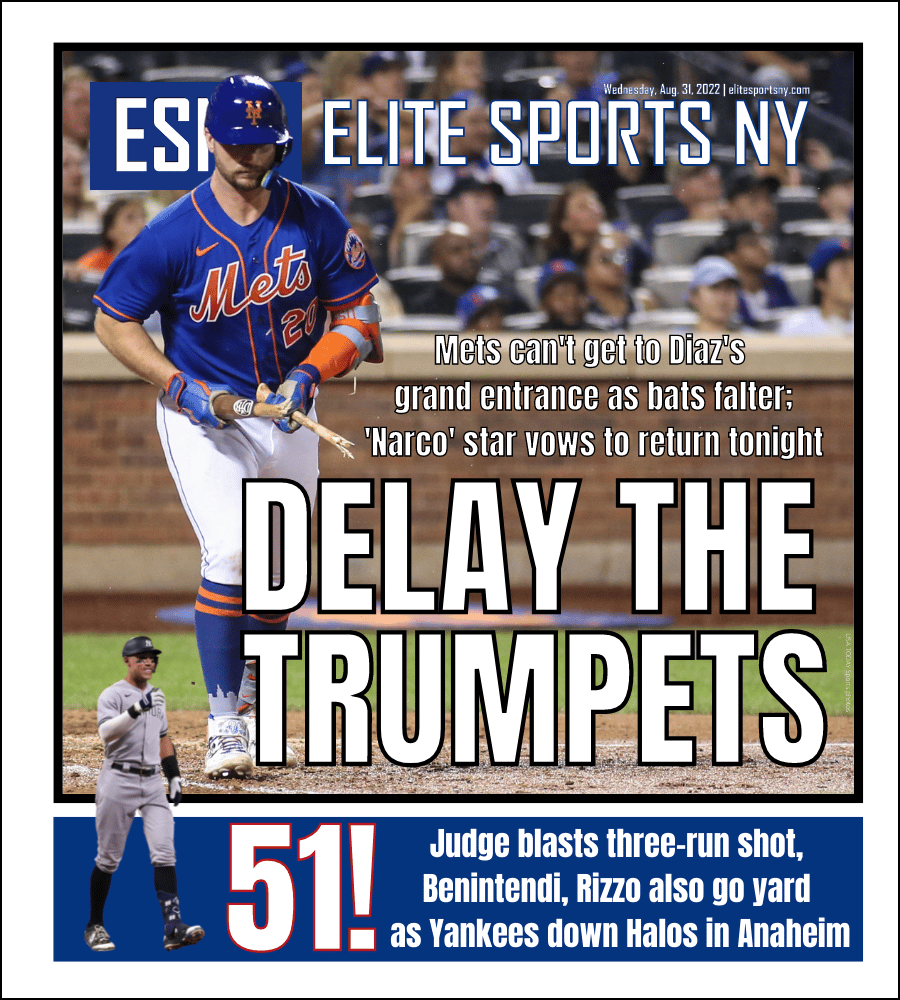 The lead story: The trumpets are on hold. The Dodgers got some timely hitting and shut down the Mets’ bats in a 4-3 win on Tuesday night at Citi Field. That meant Timmy Trumpet didn’t get to perform “Narco” live for closer Edwin Diaz. But he says he will return Wednesday to try again!

The sidebar: The Yankees ended a three-game losing streak by doing what they do best when playing well: bludgeon the baseball. Aaron Judge blasted his 51st home run of the season and Andrew Benintendi and Anthony Rizzo also went deep in a 7-4 win over the Angels in Anaheim.