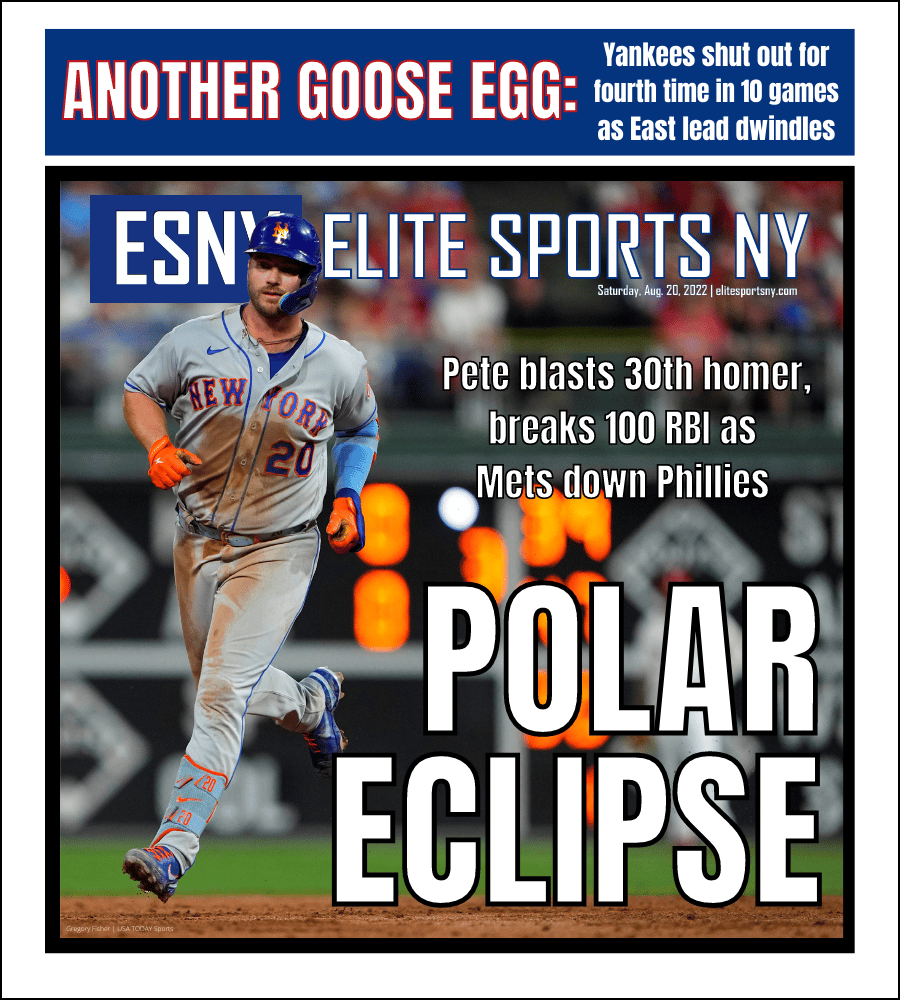 The lead story: Pete Alonso clubbed his 30th home run of the season, added a double and drove in three runs — he now has 102 RBI this year — as the Mets beat the Phillies, 7-2, at Citizens Bank Ballpark. Starling Marte also stole home on a double-steal in the win. Chris Bassitt tossed six strong innings to get the win.

The sidebar: The Yankees are back on the tank. Teoscar Hernandez blasted a two-run shot as the Blue Jays won, 4-0, in the Bronx. It was the fourth time in 10 games the reeling Bombers have been shut out.

The standings: The Yankees (73-47) now lead Toronto by eight games atop the AL East. But their loss column lead is down to seven games. They still have an 8.5-game lead on the AL Central-leading Guardians for the No. 2 postseason seed in the league (eight in the loss column).

The Mets (77-43) are up 3.5 games on the Braves in the NL East. The loss column lead is four games. They also have a nine-game lead on the NL Central-leading Cardinals for the No. 2 postseason seed. That lead is eight in the loss column.