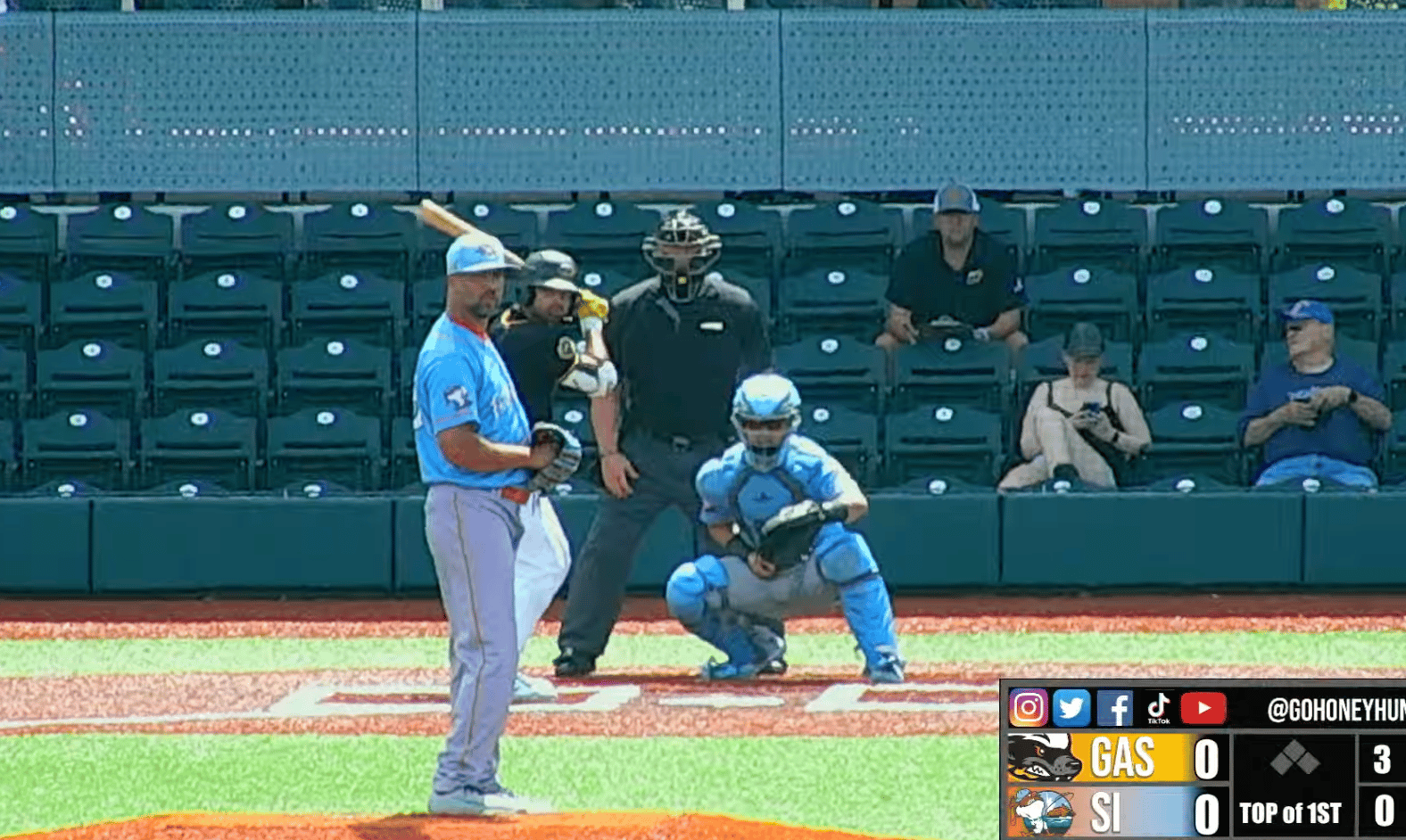 We wrote Tuesday about how former Mets right-hander Nelson Figueroa unexpectedly came out of retirement to start the first game of an impromptu doubleheader for the Staten Island FerryHawks.

The 48-year-old did not get the win in his first professional outing in eight years. But he certainly did his job.

In case you missed it: Figueroa — a Brooklyn native who also worked as an SNY analyst — is in his first year as the FerryHawks’ pitching coach. The independent Atlantic League sprung a surprise twin bill on the team when it pulled into Gastonia, North Carolina, for a road series with the league-leading Honey Hunters. Staten Island needed an emergency arm. And Figueroa — who last pitched in the big leagues in 2011 and last pitched professionally in Taiwan in 2014 — stepped up.

He tossed a complete game (albeit a seven-inning one) on well over 100 pitches. He gave up 10 runs (eight earned) on 10 hits with four strikeouts in the 10-5 loss to the Honey Hunters. He also hit for himself and went 0-for-3. The FerryHawks still lost the second game of the doubleheader, though. So the rested pitching staff did not pay immediate dividends.

Former Mets star Edgardo Alfonzo is the FerryHawks’ manager. Former Amazins second baseman Dilson Herrera is also on the roster. As is Kelcie Whitmore, a two-way player and the first woman to play in the Atlantic League.