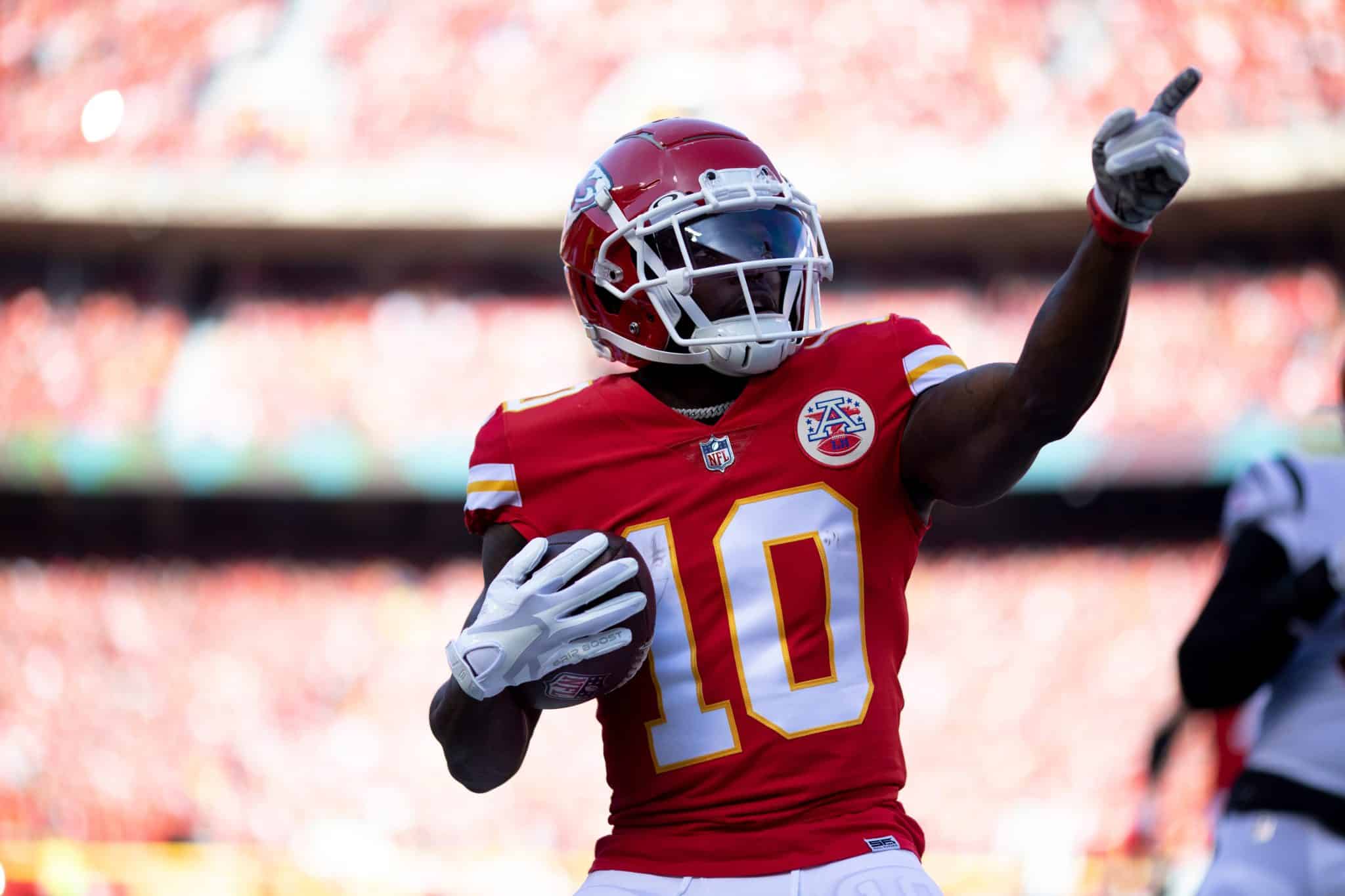 The Jets were reportedly a finalist for the star wideout.

UPDATE: According to ESPN’s Adam Schefter, the Jets were a finalist to acquire Chiefs receiver Tyreek Hill. But it appears the Miami Dolphins were willing to pay a king’s ransom to land the superstar.

On Tuesday, when ESPN’s Mel Kiper Jr. released his updated mock draft, he joined the growing list of analysts (including ESNY) that believe the New York Jets will consider adding a star receiver for young quarterback Zach Wilson.

Kiper has the Jets selecting USC’s Drake London with the fourth overall pick. His rationale is Wilson needs a bona fide star receiver.

Well, the Jets apparently feel the same way about that perceived need. But they might be able to add a superstar veteran instead of drafting one.

Wednesday morning brings a breathtaking report from ESPN’s Adam Schefter that Kansas City Chiefs wideout Tyreek Hill is looking for a “massive extension” that’s out of the Chiefs’ price range, and he’s being shopped.

And the two teams that are finalists to acquire him, according to Schefter’s report, are the Miami Dolphins and… drumroll… the Jets!

Multiple teams were approached about a potential Tyreek Hill trade, but the Jets and Dolphins emerged in recent days as the two finalists, per sources. Hill is now likely to wind up as a Jet or Dolphin.

Hill has been one of the more electrifying receivers since entering the league, and has been one of Patrick Mahomes’ top targets. But money talks and the salary cap makes guys walk in the NFL these days, and it appears the money Hill (rightfully) feels he’s owed is too much for the Chiefs.

The Jets own two picks in the top ten of the 2022 NFL Draft: Nos 4 and 10. One of those picks could be used to land Hill if a deal were to materialize. The Jets also have two picks in the second round (Nos 35 and 38), which could also be in play.

This would obviously be a massive get for the Jets and would immediately change the dynamics of their offense.

Now, we sit back and watch to see if the front office can swing a deal to bring in a superstar.