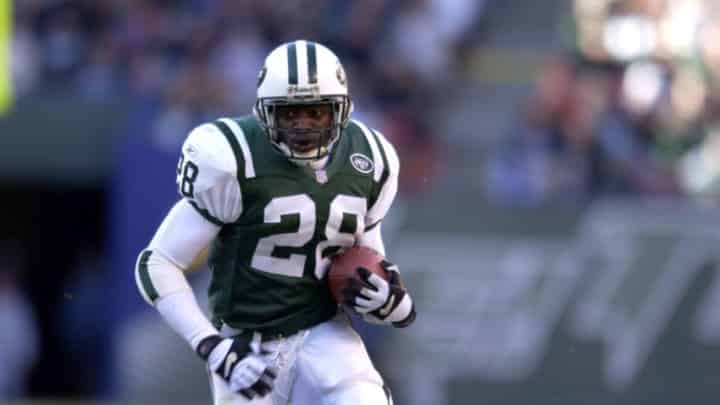 Why Curtis Martin was my favorite player.

Over the coming days, ESNY staffers are going to share our favorite athletes. Why did we cheer for them? What about them made them our favorites?

Picking out a favorite player is always tough for me. I’m a “team” guy first when it comes to most sports, and that includes my New York Jets.

I love the Yankees and Rafael Nadal. I’ll pull my Islanders jersey out of storage when they’re in the playoffs. As for basketball, I grew up as a diehard Kobe Bryant fan. Now I mostly root for the Knicks, Nets, and local college teams to play competitive basketball.

But for me, the Jets are a cut above the rest. There is nothing better than plopping on the couch on a football Sunday and watching football for an entire day. It’s better when the Jets win, but that hasn’t always been the case in recent years.

Although the Jets have become a punching bag over the last decade, it hasn’t always been this way. In fact, in the first 12 years of my “football watching” life (1999-2010), the Jets made the playoffs six times.

Curtis Martin was a huge reason why the Jets were good in the early 2000s. The Hall of Famer was as dependable back as there was in his era. Martin played in 123 games out of a possible 128 during his eight seasons with the Jets, rushing for at least 1,000 yards in every season but his last.

After hearing those stats, it should come as no surprise that Martin ranks fourth all-time in the NFL in rushing yards. Only Emmitt Smith, Walter Payton, and Barry Sanders are ahead of Martin on that list. That’s pretty good company.

Martin was my favorite Jet while he was playing, but his dependability is even more apparent after the last decade of Gang Green futility.

The Jets were 66-57 all-time with Martin. Although that’s only slightly above .500, the Jets made the playoffs four times in that span. Despite failing to get over that hump in the playoffs, the Jets were competitive year in and year out.

Buying a Curtis Martin jersey in the early 2000s was a great investment. He would be on the field every Sunday, giving the Jets a chance to win.

That kind of dependability is rare for any team in the NFL, let alone the Jets. Martin was never the flashiest guy in the world, but you could always count on him.