The Rangers could make a deep playoff run — but they need some help.

The New York Rangers are in a better position heading towards the trade deadline than anyone would have expected heading into the season.

They sit in first place in the Metro and are third in the entire league in points. They’re definitely one of the best teams in the league and have many people to thank for that.

The way the team plays shows how superior Gerard Gallant is to David Quinn, who did relatively well developing some of the youngsters, but clearly wasn’t suited to lead this team while their window to win is open.

While the Rangers have been one of the worst teams offensively at even-strength, the top-six are doing a great job of carrying the scoring load.

The team’s depth could use work, but the bottom-six has gotten noticeably better with the addition of Ryan Reaves. He doesn’t score, but brings much-needed grit and physicality to the table.

The Rangers’ true MVP has been goaltender Igor Shesterkin, who clearly learned a thing or two about carrying his team from his idol and predecessor, Henrik Lundqvist.

The Rangers had a rough start to their season and wouldn’t be in the position they’re in now without their netminder stealing them many wins. He’s been the best goalie in the league and the Vezina Trophy has to be his to lose.

This is all evidence that the Rangers are a great team who rebuilt the right way and are getting ready to become perennial contenders.

However, this is still a young team with some holes and if the Rangers want to make some noise this season, they’re going to have to buy at the deadline.

Although the team’s depth has improved, it isn’t perfect and the Rangers would benefit from acquiring a bottom-six forward.

A top-six forward (winger), a veteran LHD, and a bottom-six forward are three positions the Rangers will hope to address at the trade deadline. Which players have they been linked to and who would they be wise to pursue?

We begin with the player we know the Rangers have reportedly already made some type of offer for. The 23-year-old LHD Chychrun plays for the Arizona Coyotes, who are one of the absolute worst teams in the league and have already begun hearing offers for Chychrun.

According to Jeff Marek of Sportsnet, the Rangers have already made an offer for the young blueliner.

The Coyotes apparently want a young player, a prospect, and a first-round pick in exchange for him and the Rangers’ offer reportedly revolves around forward prospect Vitaly Kravtsov.

Chychrun is especially appealing because he’s a young, talented defenseman on a great contract. He’s signed through 2025 and the AAV on his deal is $4.6 million. He has a modified no-trade clause in the final two years of his deal.

The Rangers don’t have an ideal situation regarding the defense, especially because Nemeth has been an unmitigated disaster on the left side.

Chychrun would help alleviate the situation and his age, deal, and skill-level make him especially attractive to a team like the Rangers.

Chychrun would obviously be a serious upgrade but if we’re being honest, shouldn’t be the Rangers’ number one priority. The team’s most glaring issues have come from a lack of offensive production among the forwards, so addressing that has to come first.

Anyway, it looks like the Coyotes are getting better offers from other teams and, at this point, Chychrun to the Rangers seems unlikely, although not impossible.

Hockey insider Frank Seravalli has said the Rangers are all over J.T. Miller. They’re clearly interested in a reunion with their former forward who they traded to the Tampa Bay Lightning in 2018.

The 28-year-old reignited his career with the Vancouver Canucks and would be an excellent addition to a Rangers top-six that is deprived of offense. In 44 games this season, Miller has 15 goals and 44 points. 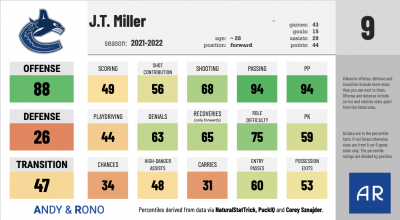 He would bring a lot of talent to the Rangers as well as versatility. Miller is capable of playing any forward position well and that would benefit the Rangers greatly. 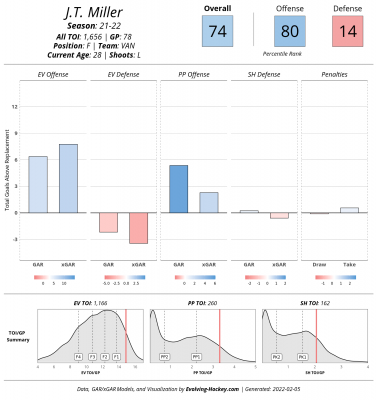 Miller’s contract situation is interesting. He has one year left on his deal in which he’s due to make $5.25 million. If the Rangers do acquire him and like what he does, that means Strome is probably gone after the season and Miller becomes the 2C.

Adding DeBrusk would go along with what the Rangers did this past offseason. DeBrusk is a great depth piece to have on a contending team, but that’s about it. He’s been linked with the Rangers, but they’d be wise to stay away.

First of all, DeBrusk is a left winger, of which the Rangers have plenty. It’s one of the few positions they’re all set at, meaning DeBrusk would almost certainly be moved to the right, especially given the lack of depth there.

We don’t even know if DeBrusk can play regularly at RW, but let’s say he can.

DeBrusk has fallen victim to a serious decline in play and lack of offensive production over the past two seasons, meaning he would be nothing more than a defense-first depth guy for a Rangers team that has much greater needs. 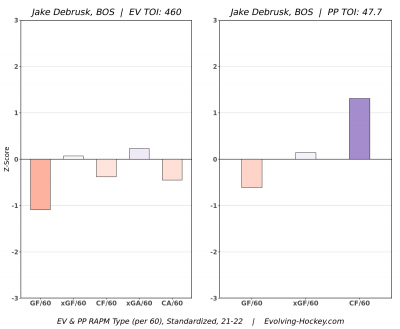 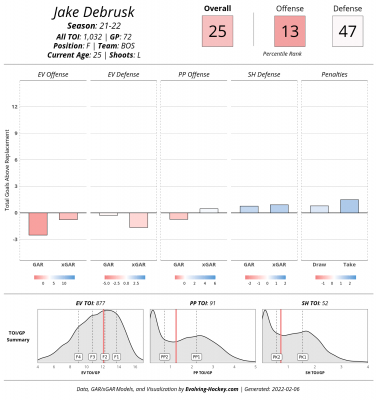 DeBrusk is physical and there are many things to like about his game. He’s also in the final season of his contract and would be easy to part with if things don’t work out. 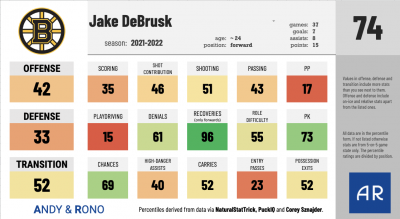 DeBrusk would benefit the Rangers’ middle-/bottom-six, but probably isn’t worth prioritizing at the deadline.

Hertl would probably be the biggest prize of them all if the Rangers can get him. The Rangers will have to give up a lot to acquire the soon-to-be unrestricted free agent, but man will he be worth it. 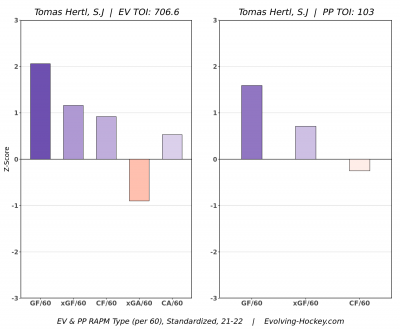 If the Rangers get Hertl, they’ll want to immediately try him as a top-six RW. His acquisition will mean Strome is gone and the Rangers will likely re-sign Hertl to make him the team’s 2C of the future.

What’s funny is that Hertl is having somewhat of a down season, even though his numbers are still great. He’s averaging nearly a point per game and hasn’t been as good as he normally is in his own zone. 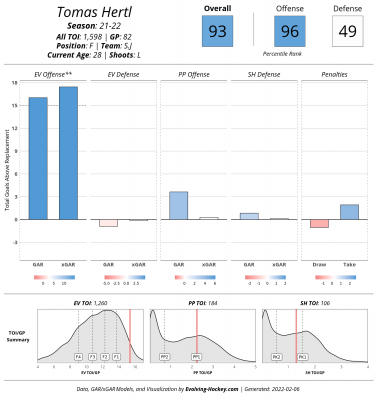 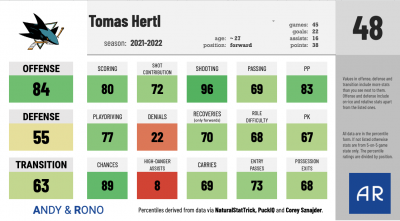 Hertl is a game-changer for the Rangers, who will end up sacrificing players, picks, and money in order to get him and then keep him around, but he will be worth it. He’s the best option for them at the deadline and turns them into a true contender.

The Rangers seem to always be linked to the brother of longtime Blueshirt Brendan Smith. It’s for good reason, too. Smith, who is in his final year of his contract, provides good offense at practically every forward position and plays very good defense. 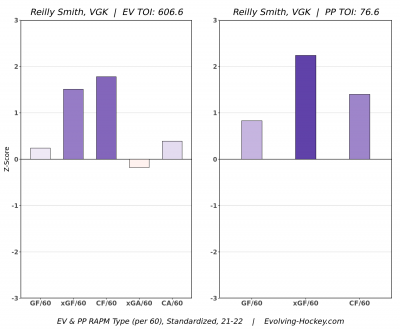 He isn’t a star, but has many attributes that the Rangers would benefit from. The 30-year-old would immediately become a top-six RW for the Rangers and should do well there alongside some of the team’s best and most productive players. 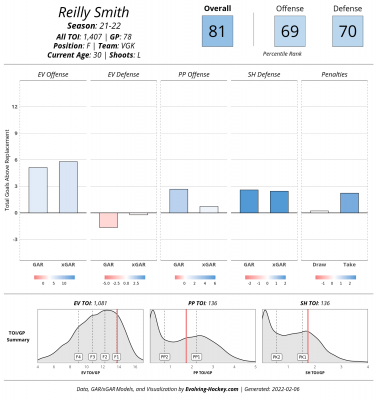 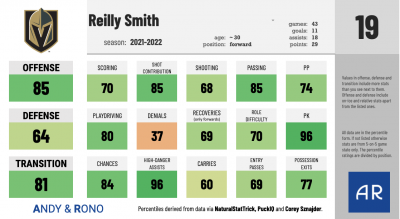 Smith isn’t the most attractive name on the list of potential trade targets and probably shouldn’t be there top choice, but he has what the Rangers need and would be a great option if they can’t get their hands on someone like Hertl.

Giordano is basically what the Rangers thought and hoped they were getting in Nemeth. The offense hasn’t been great for the Seattle Kraken’s captain (although his 18 points in 40 games really isn’t terrible), but he’s been fantastic defensively. 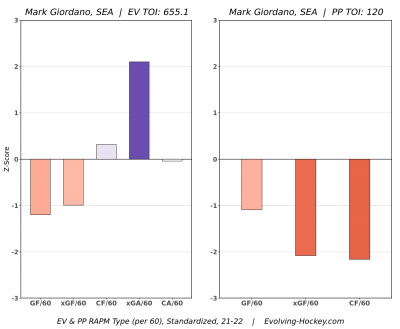 Giordano is a scary 38 years old, but clearly still has it. The Rangers’ defense has been underperforming lately and Giordano would actually be the perfect addition, especially to the penalty kill, where he’s been tremendous. 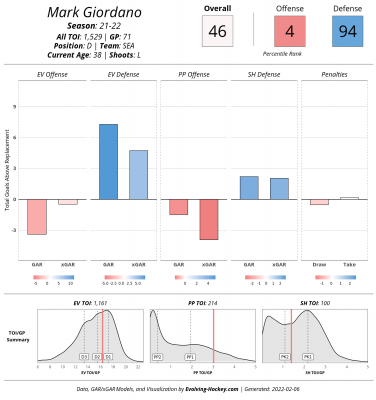 The good news is that Giordano is set to become an UFA at the end of the season, so the Rangers can part with him if they’re put off by his age and don’t want to offer him a contract.

Lehkonen is a tremendously appealing option for the Rangers this deadline.

With 19 points in 41 games this season, Lehkonen doesn’t do too much scoring, but he would certainly be at least slightly more productive on a Rangers team that’s so much better than his current Montreal Canadiens. 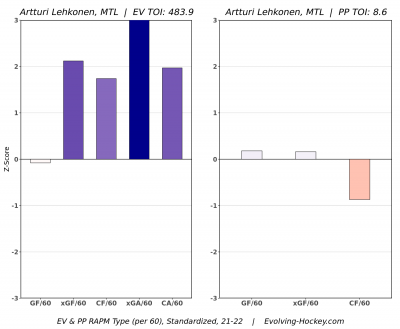 What Lehkonen does offensively aside from scoring is valuable, too. The most appealing part of Lehkonen, however, is his defense. He’s a phenomenal two-way forward who would improve the Rangers’ team defense exponentially. 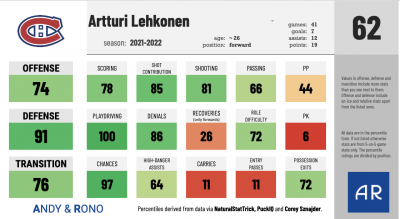 The fact that he’s just 26 years old and will be a RFA after the season makes him more appealing and, according to Arthur Staple of The Athletic, the Rangers have already contacted Montreal about him.

Lehkonen is a great depth and defensive piece who thrives in many different situations. This would be a great move by the Rangers.