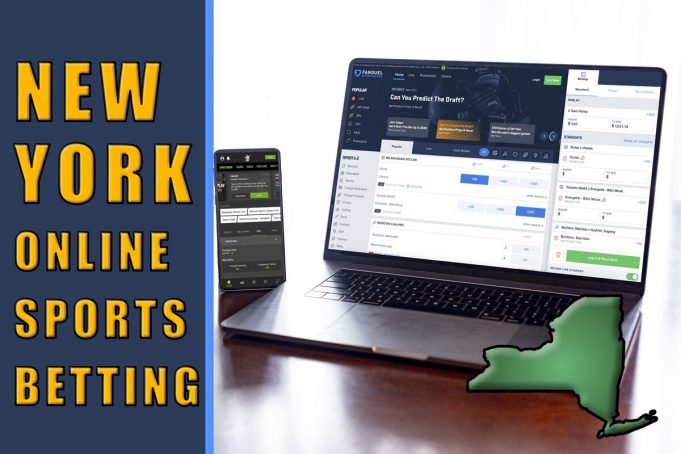 When New York online sports betting launches later this month we know there will be nine operators initially available for state bettors.

The New York Gaming Commission approved nine operators and eight platform providers to be the base of the state’s online sports betting floor, but the commission does have the ability to issue more licenses if it’s to New York’s benefit.

We know the follow companies will launch later this month:

But if the state does issue more licenses, which other companies could find their way into the Empire State?

Let’s take a look at a few sportsbook companies that may find themselves in New York sometime in the future.

An offshoot of the tremendously popular Fanatics online sports apparel company, Fanatics Betting and Gaming originally paired with Kambi and Penn National Gaming to submit a bid for a license in 2021. Fanatics Betting and Gaming will likely still be interested in entering the New York sports betting market, as it has strong ties to the state. It’s hard to deny the star power of the company when Jay-Z was listed as the Vice Chairman of Fanatics Sportsbook in the group’s bid for a license.

According to their original application, he will provide strategic and creative direction on the expansion and growth of the Fanatics Sportsbook in New York and across the country.

The sportsbook has yet to be launched, but it’s likely only a matter of time before it makes a splash. Fanatics Owner Michael Rubin is a co-owner of the Philadelphia 76ers and has been extraordinarily aggressive in expanding the company into other markets throughout 2021, particularly trading cards and NFT.

The only finalist in New York’s call for bids that was not granted a license, it’s likely the company will be among those at the top of the state’s list if another call for licenses is made.

Bet365 submitted a bid with no other partners. Most of the bid’s information was redacted, but Bet365 touted its customer base of 63 million as a primary driver of its popularity.

The company also has ties to the state, with current marketing agreements with the Yankees, Mets and Jets. It has signage agreements at Yankees Stadium, CitiField and MetLife Stadium.

Owner of the popular Barstool Sports (along with the Chernin Group) brand and Barstool Sportsbook, it was slightly surprising when Penn National Gaming wasn’t among the finalists for the initial round of licenses.

The Barstool Sports headquarters are located in New York City and Dave Portnoy, the company’s president, is a fixture in the city.

Both Penn National Gaming and the Fanatics Sportsbook entered into a revenue sharing agreement with the Saint Regis Mohawk Tribe for its bid. The agreement included a 5% revenue share and a minimum guaranteed annual payment of $2.5 million regardless of Penn and Fanatics performance in the New York market.

Its willingness to partner with state tribes should make it attractive if licenses are expanded.

FOX Bet submitted an application as an operator and provider, but did not make the final cut for a New York license.

However, the sportsbook is live in nearby New Jersey and Pennsylvania. It has grown in popularity and seems to have a nice following in the markets where it is live.

FOX Bet also has a current marketing agreement with the New York Post.