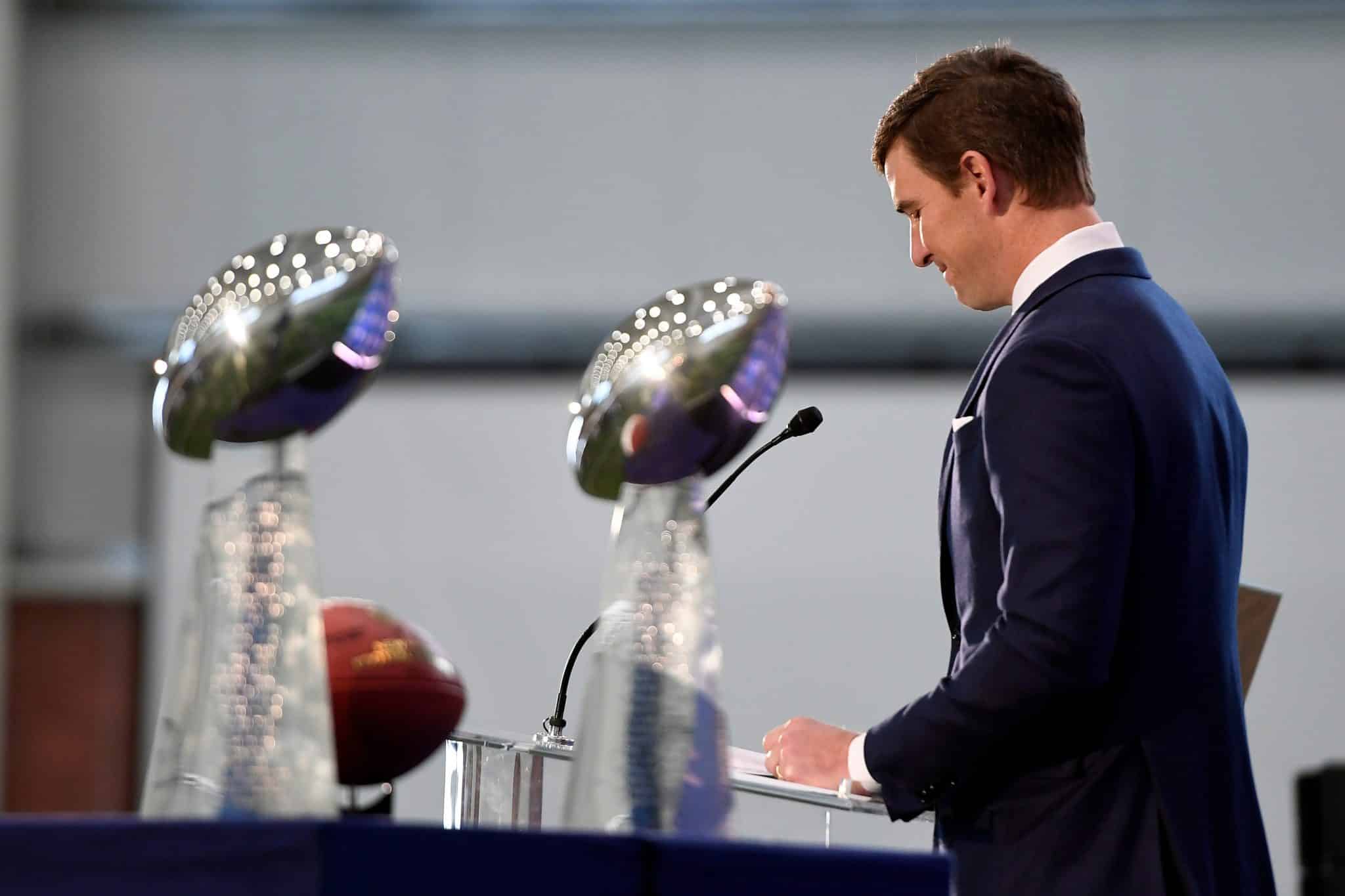 The New York Giants will be retiring quarterback Eli Manning’s No. 10 jersey at halftime of Sunday’s game.

This Sunday will be a historic day in the history of the Giants franchise.

At halftime of the team’s Week 3 matchup with the Falcons, the organization will finally be retiring Eli Manning‘s No. 10 jersey and inducting the legendary quarterback into the Giants Ring of Honor. This likely would’ve occurred last season, but the COVID-19 pandemic caused the organization to pivot to 2021.

Eli’s uniform will be just the 12th Giants jersey retired; he joins the likes of Phil Simms, Y.A. Tittle, and Charlie Conerly, three additional signal-callers who suited up for New York.

Needless to say, No. 10 knows how big of a deal this is, but isn’t crediting just himself for the accomplishment.

“I appreciate this honor, I know it is extremely special,” Manning told the media Thursday. “I think I still try to think back and think about all the wonderful times, the wonderful coaches that I’ve had in my life, the wonderful teammates that I’ve had in my life. Without them, without their mentorship, without their friendship and abilities, this is not possible. Even though it is my number, I look at it as a celebration of all the teammates and all the people who I threw touchdowns to and who blocked for me and the defensive guys who helped us get wins.

“Football is such a team sport and they always talk about how the quarterback gets too much credit when you win and maybe too much blame when you lose as well, but it is such an honor to have played my 16 years with the New York Giants and to be one of the 12 jerseys retired by this storied franchise — it probably hasn’t kicked in that it’s a reality quite yet.”

It’s unclear which former teammates and coaches will be in attendance to experience the memorable ceremony, but there’s a chance a superb number could be present. Manning was a part of numerous eras of Giants football — from the later years of Michael Strahan and Tiki Barber to the rookie season of Daniel Jones, Eli saw it all, was available for it all, and gave it his all.

A true New York legend; Sunday afternoon should be special.