One of the best defensemen in the league is headed to New Jersey to help fix one of the worst defenses in hockey.

The blockbuster signing of the New Jersey Devils‘ offseason is here. On Wednesday morning, it was revealed that RHD Dougie Hamilton is signing a seven-year deal with the Devils worth over $60 million, first reported by Nick Kypreos of Line Movement.

On Wednesday evening, Pierre LeBrun of TSN reported that the contract is for seven years, $63 million.

Hamilton, who is 28 years old, is arguably a top-five defenseman in hockey, who is solid in his own zone and absolutely elite offensively. He’s been key in the Carolina Hurricanes’ recent success. 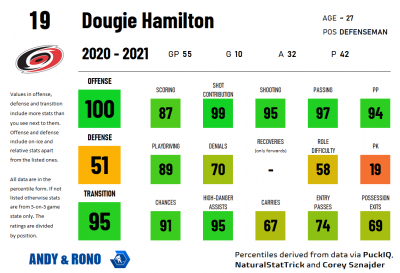 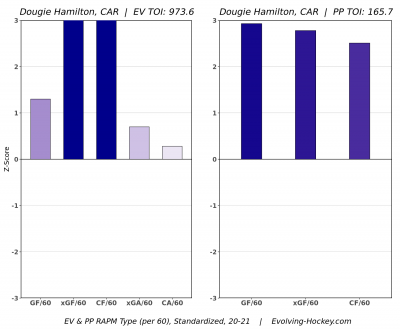 Hamilton is elite on the power play, something the Devils’ desperately need, as well (they had a bottom-five power play in hockey last season).

This contract is a big one, but the Devils have absolutely won here. They had a bottom-five defense in the league last season and were the worst team in the NHL on the penalty kill.

The Devils could very well deploy a top-pairing of Hamilton and Ty Smith, who was very impressive in his rookie season and might have been the Devils’ best defenseman.

This is a solid pairing and Hamilton will certainly help Smith, along with the team’s other young defensemen, develop and improve their game.

He could also end up playing at the top with fellow newly-acquired d-man Ryan Graves. The Devils are clearly making fixing their defense a point and have done a solid job thus far this offseason.

What a signing for New Jersey.