The reliable goal-scorer will stick around on Long Island long-term.

It looks like the New York Islanders liked what they saw from the veteran winger Kyle Palmieri.

On Wednesday morning, it was confirmed that Palmieri will be signing a long-term deal to remain with the Islanders, although the terms of the deal have yet to be revealed.

Palmieri, along with Travis Zajac, were acquired from the New Jersey Devils at the trade deadline. Overall, Palmieri didn’t have the best of seasons. Over the past five or so years, he’s been one of the best and most underrated goal-scorers in hockey.

That wasn’t the case in 2020-21, but he did score some big goals in big moments during the Islanders’ playoff run. 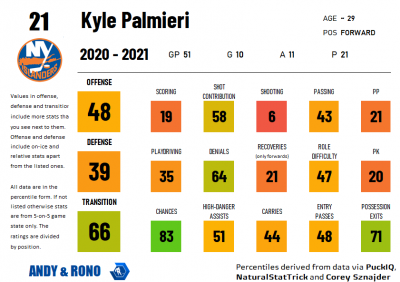 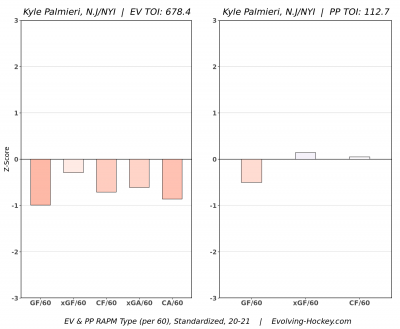 Islanders GM Lou Lamoriello, who drafted Palmieri, was eager to bring the winger over and clearly wants to lock him up for the near future. If the 30-year-old can regain his great scoring touch, the Islanders’ offense will look even better next season.

Palmieri will either play on the third line, as he did for much of his time with New York upon being traded, or as the top line RW, replacing Jordan Eberle, who is now a Seattle Kraken.