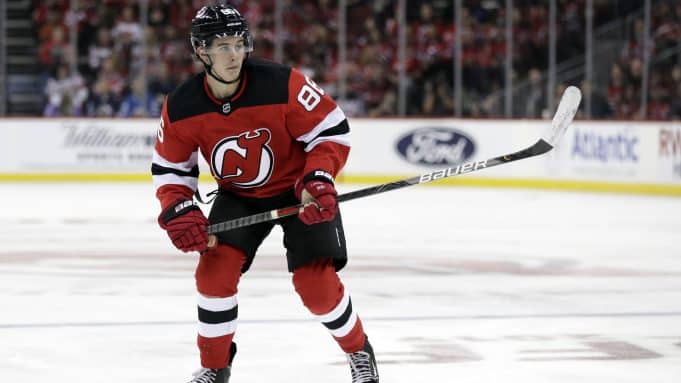 Which Devils games are you most excited for this season?

The schedules for the 2021-22 season for all 32 NHL teams were released on Thursday evening.

Let’s take a look at some key dates for the New Jersey Devils:

The Devils will open with five games at home, beginning with opening night on Oct. 15th against the Chicago Blackhawks.

They’ll then take on the league’s newest team, the Seattle Kraken, in game two of their season. Their next three games will be against the Washington Capitals, Buffalo Sabres, and Calgary Flames, respectively.

Their opening couple of weeks will be followed by a few important games against some weaker teams: the Columbus Blue Jackets, Anaheim Ducks, Los Angeles Kings, and San Jose Sharks.

These games will be especially important because the Devils’ first tough stretch of the season will follow.

They’ll take on the Florida Panthers, New York Islanders, Boston Bruins, and New York Rangers at the beginning of November. At least the first three of these games will be at home.

The Devils’ toughest stretch of the season, however, will span from the end of December until the All-Star break.

Their only “easy” games during that month or so will be two straight against the Blue Jackets, one game against the Arizona Coyotes, and one against the Kings. These are arguably must-win games for New Jersey.

They return from the break on Feb. 24th with back-to-back games versus the Pittsburgh Penguins and then at the Blackhawks.

The Devils will play on back-to-back days three times in March. They’ll travel to western Canada to take on the Vancouver Canucks and then the Flames on the 15th and 16th.

They’ll then host their division and Hudson rivals, the Rangers, on the 22nd before heading back to Canada to face the Toronto Maple Leafs on the 23rd.

They’ll then host another rival, the Capitals, on the 26th before heading up north yet again to play the Montreal Canadiens, who made it all the way to the Stanley Cup Final in 2021.

The Devils will end the regular season with back-to-back games at the Carolina Hurricanes on April 28th and then at home where they’ll face the Red Wings on the 29th.