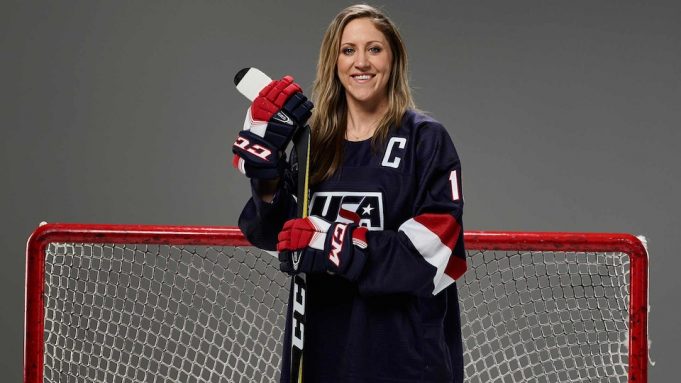 Duggan moves into a new role with the Devils’ front office.

The New Jersey Devils made a significant move in their front office on Tuesday morning. Meghan Duggan has been hired as the club’s Manager, Player Development within the Hockey Operations Department, a new role in the organization.

Internationally, Duggan is one of the more decorated players in USA Hockey history. She won 11 medals (eight gold and three silver) for Team USA. Duggan was named to the USA Hockey Board of Directors in 2014 and USA Hockey’s Women’s Advisory Committee in 2017.

Duggan has also served as a member of the Professional Women’s Hockey Players Association (PHWPA) and the Women’s Sports Foundation as a Board of Trustees member.

From the team release:

“We are incredibly excited to announce that Meghan has joined our Player Development Department,” said Executive Vice President/General Manager Tom Fitzgerald. “As our group has evolved over the past few years to include as much about off-ice as on-ice for development, we believe Meghan will be perfect for this position. Her successful track record as a teammate, leader, captain and driver of initiatives will be resources to all players in our organization. We look forward to her utilizing her perspective of the game, attention to detail and creative thinking to help our players reach their potential.”