Although it’s early, the public is betting against the Jets and Giants in their Week 1 matchups on FanDuel Sportsbook.

The NFL schedule is out and it’s time to make predictions for how the Jets and Giants are going to fare during the 2021 season. The schedule release means that Week 1 lines are out as well. The Jets are +4 against the Panthers while the Giants are +1 at home against the Broncos. Let’s take a look at where the public money is going on FanDuel Sportsbook. 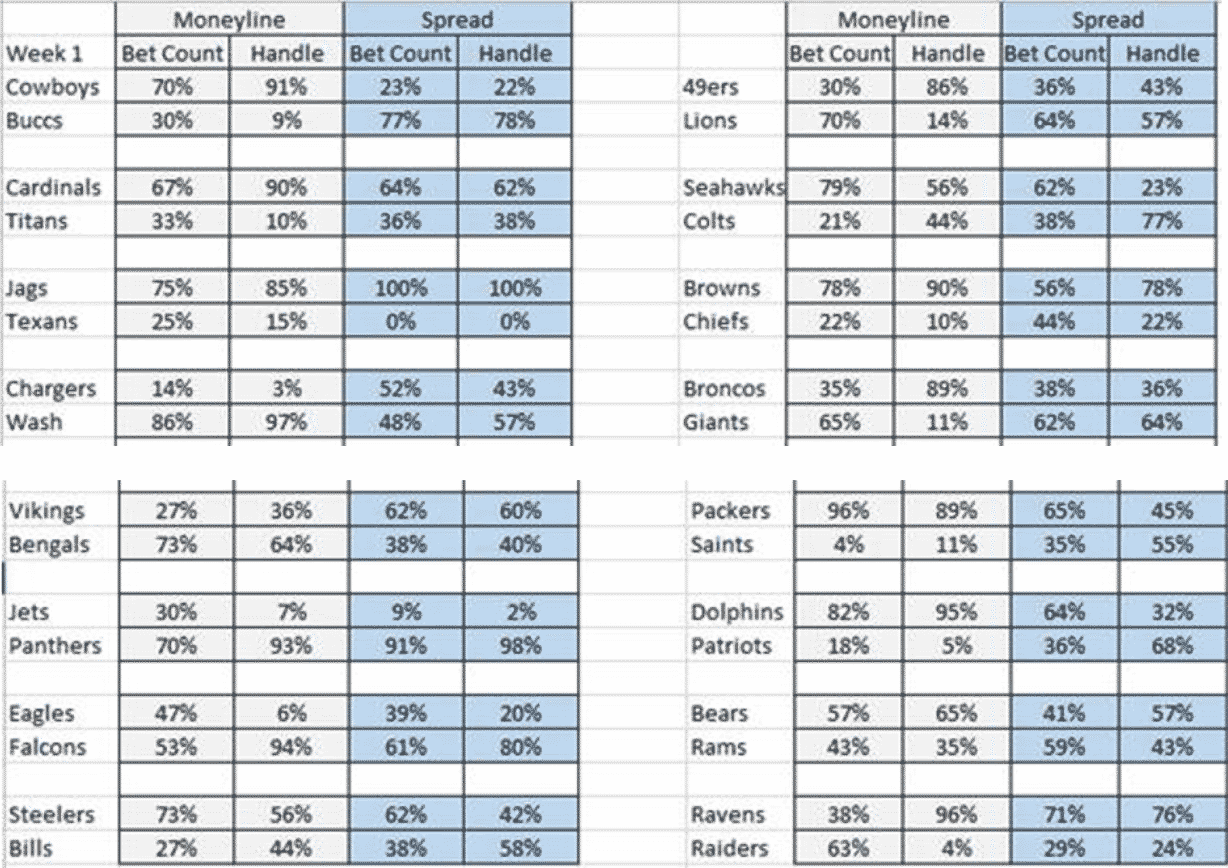 Yikes. The public has an early opinion of the Jets. Of all the bet tickets placed on the moneyline, the underdog Jets account for 30% of bet slips. However, they are in single-digit percentages for moneyline handle, spread bet tickets, and spread handle. That is not a ringing endorsement of the Jets by the public.

Although the Jets and Panthers are not expected to contend for a Super Bowl this year, this is one of the most intriguing matchups in Week 1. New York is putting the offense in the hands of Zach Wilson. The rookie quarterback will face off with the last guy to have his job — Sam Darnold. The fourth-year passer should have a little extra motivation to beat his old team, even if he doesn’t admit it.

There is one thing we know for certain — one way or another, the public is interested in the Giants.