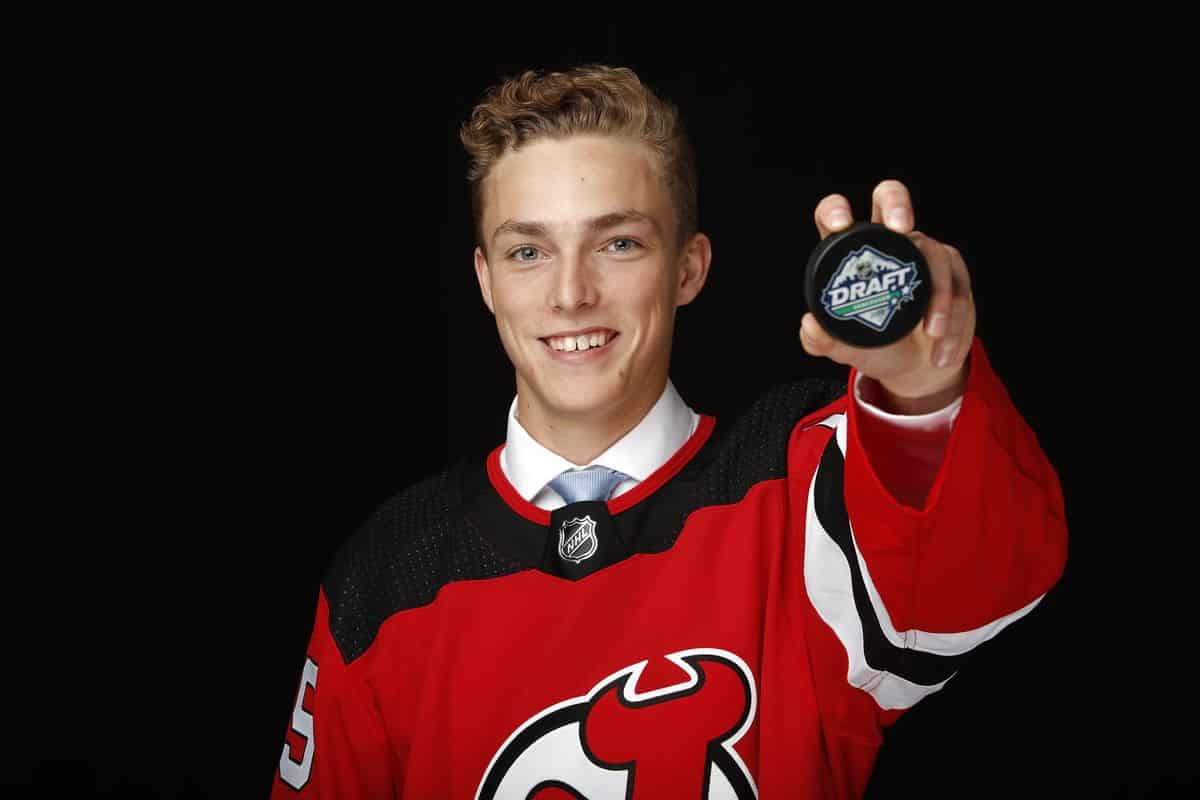 The young forward will make his NHL debut against his brother.

The playoffs are all but an impossibility at this point for the New Jersey Devils and developing their youngsters must become priority number one.

21-year-old prospect Tyce Thompson joined the team in late March and will be making his NHL debut on Tuesday night against the Buffalo Sabres, for whom his brother Tage plays.

The forward is coming off his third season at Providence College, where he averaged a point per game.

The Devils have a well-known problem in terms of scoring goals, and the hope is that the former fourth-round pick can provide an offensive spark.

Thompson was outstanding at the collegiate level and that’s why the Devils are eager to get him into the lineup. He has a legitimate chance at becoming a key part of this team’s future.

Veteran forward Kyle Palmieri has been held out of the lineup for precautionary measures, indicating that a trade is likely near. That’s how Thompson was able to join the lineup.

Thompson will be used as the fourth line right winger against Buffalo, alongside Mikhail Maltsev and Michael McLeod.