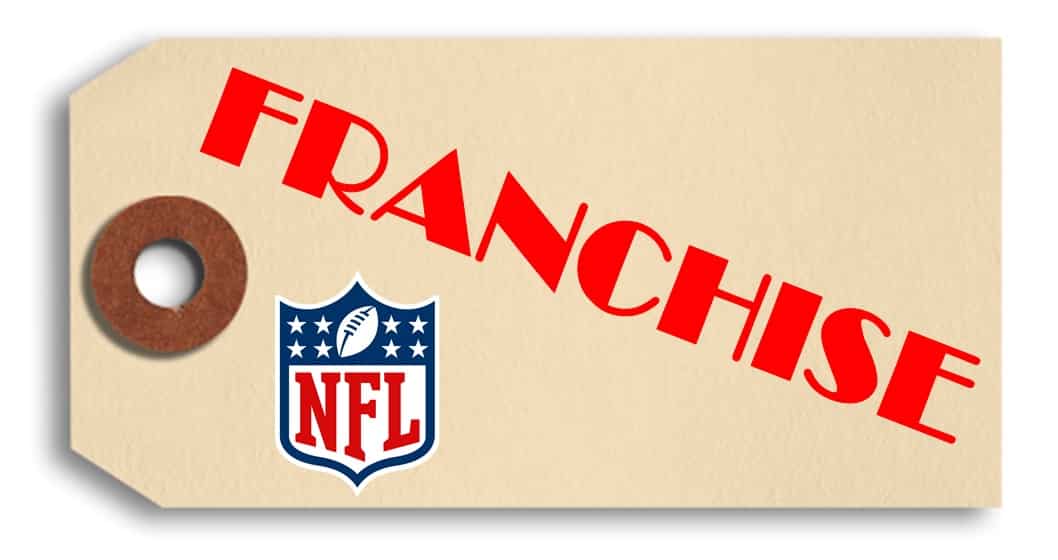 Which players will receive the franchise tag ahead of the 2021 free agency period?

That time of year has come along once again. The franchise tag period of the 2021 offseason commenced on Feb. 23, but organizations didn’t utilize the tool at the start of the timeframe. However, Tuesday, March 9 marks the deadline to tag players — a number of teams will make this type of move on that very day to prevent guys from hitting the open market.

It’s currently unclear what the set prices of franchise tags will be considering the cap hasn’t been set, so we only have projected tag prices, courtesy of OverTheCap. However, if 120% of the player’s salary from the year before is higher than their position-based price, then that’s the salary they’ll make on the tag.

So which players have received the franchise tag as of right now?

It’s the second straight year the Broncos are placing the franchise tag on Simmons, who will play the 2021 season with a $13.7 million salary, per Spotrac.

Panthers are using their franchise tag on OT Taylor Moton, per sources. OT franchise number is expected to be between $13.5 and $14 million.

The tag for Panthers tackle Taylor Moton may or may not be used as a placeholder for an eventual long-term deal.

The price of an offensive tackle tag is projected to be between $13.5 and $14 million (per ESPN’s Adam Schefter), and according to Spotrac, Moton’s market value is slated to be right around that mark ($14.7 million average annual salary).

As expected by many, the Jets franchise tagged Marcus Maye on Monday night. Maye’s rookie deal was expiring, and in 2020, he underwent the best season of his young career thus far. With no more Jamal Adams in Florham Park, Maye ultimately stepped up for Gang Green and recorded career-highs in combined tackles (88), tackles for loss (four), sacks (two), and pass breakups (11). He additionally tied his career-high in interceptions with two.

This is true. Another tag coming for OG Brandon Scherff. https://t.co/ISTxDAXfaC

The Washington Football Team will place the franchise tag on guard Brandon Scherff for the second consecutive year. This comes in spite of the fact that Scherff has already made four Pro Bowls in six seasons and earned a first-team All-Pro selection this past year.

The 29-year-old guard deserves a long-term deal, but may not be receiving one due to his increasing age — he’s set to turn 30 this coming December.

The #Giants are expected to franchise tag standout DL Leonard Williams, source said. It’s viewed as a placeholder for a long-term deal, which the two sides will continue to work towards. On the heels of a career year with 11.5 sacks, Leo is back with NYG.

The franchise tag isn’t likely to stick with Leonard Williams and the Giants are most definitely using it as a placeholder for an eventual long-term deal.

Williams’ average annual value for a long-term deal may indeed be around $20 million.

A surprise: The #Jaguars are expected to franchise tag OT Cam Robinson, locking in their valuable OL for 2021 and keeping him from the free agent market. He was to be one of the top tackles available.

Cam Robinson is coming off his rookie deal and his franchise tag price is projected to be between $13.5 and $14 million. This is more than his Spotrac market value, which carries an average annual salary of $11.3 million.

Buccaneers informed WR Chris Godwin he is being franchise tagged, per source.

As expected, the Buccaneers will franchise tag wide receiver Chris Godwin. The 25-year-old is coming off his rookie deal and the projected franchise tag price for wideouts, per OverTheCap, is around $16.4 million.

Godwin was to gain notable traction if he hit the market, potentially including from both the Giants and Jets. He caught 65 balls for 840 yards in 2020 and 86 balls for 1,333 yards during a 2019 Pro Bowl campaign.

The Bears, according to Schefter, have franchise tagged talented wide receiver Allen Robinson. The veteran is set to make $18 million next season (120% of his $15 million cap hit from 2020).

Robinson would’ve been a hot commodity if he hit free agency. He notched a career-high 102 receptions for 1,250 yards and six touchdowns in 2020.

Another surprise: The #Saints are putting the franchise on S Marcus Williams, source said.

Marcus Williams gets the franchise tag with his rookie deal expiring this offseason. OverTheCap projects the tag for safeties to be around $11.2 million.

Williams racked up 59 combined tackles, three picks, and seven pass breakups for New Orleans in 2020. Currently, the Saints are $45.4 million over the cap.

The #Cowboys officially tagged QB Dak Prescott, a procedural move to make sure he doesn’t get tagged again — as per his new contract.

Don’t freak out — as Rapoport noted, this is just to ensure Dak Prescott won’t get tagged again. On Monday night, reports stated Dak and the Cowboys agreed to a new long-term deal worth $160 million over four years.