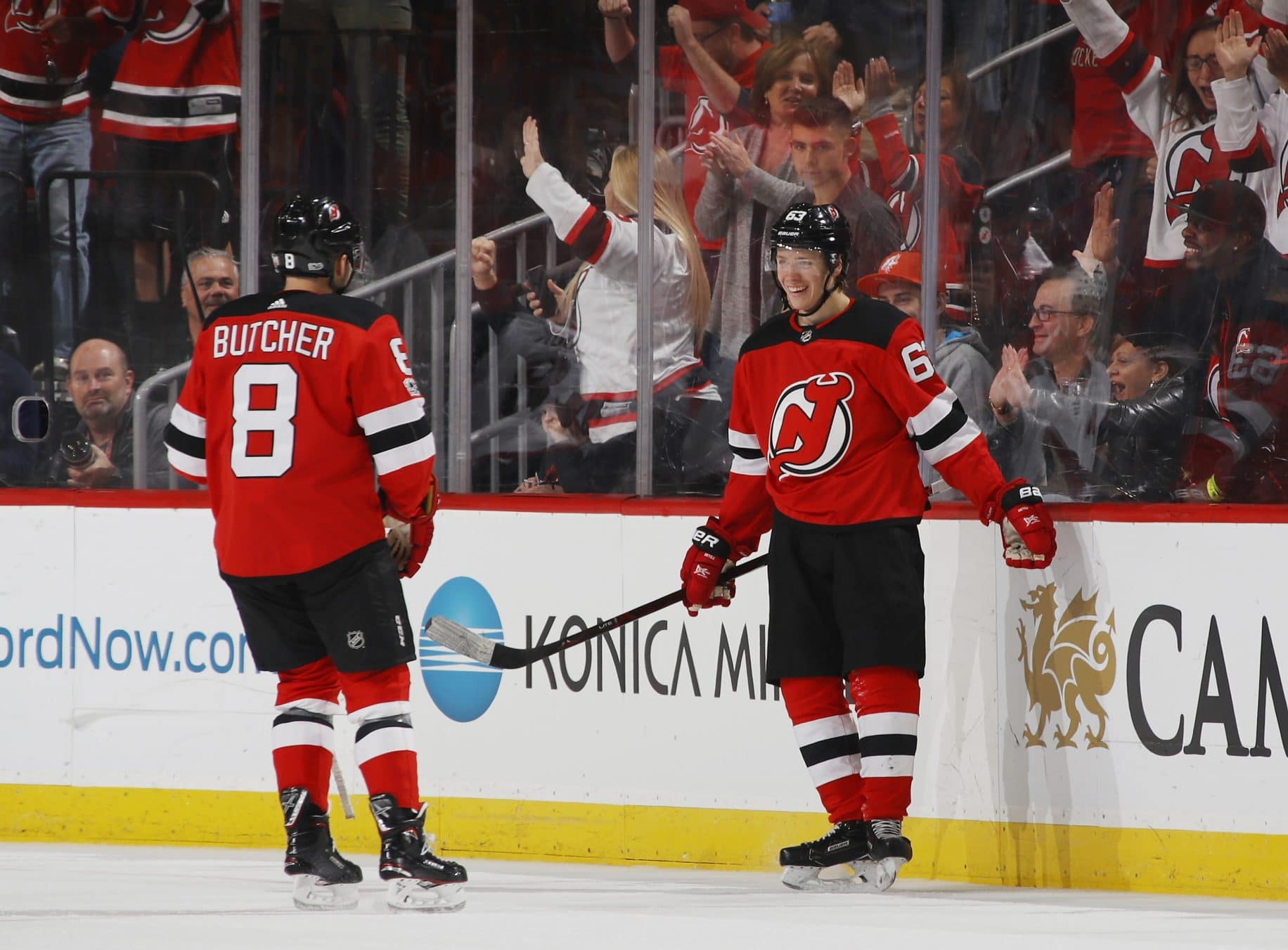 How did the Devils do in their first game in the month of February?

The New Jersey Devils took the ice on Tuesday for what felt like the first time in months. A COVID-19 outbreak put their season on pause for over two weeks, and it was a relief to see them back.

There was obviously a strong chance that the Devils would be rusty, and several players had to be recalled because the squad was depleted.

However their opponents, the New York Rangers, haven’t been in great shape and several of their better players are recovering from injury.

The good news for the Devils is that MacKenzie Blackwood, who had been playing unbelievably in net before testing positive, would be making his first start in quite a while.

Were the Devils able to take care of a struggling Rangers’ team in their first game back? Or were an anemic squad as well as rust from being out of action obstacles that they couldn’t overcome?

The Devils didn’t look like they hadn’t played in over two weeks in the first period. They almost completely controlled the pace of the game in an intense 20 minutes of play.

To the dismay of the Devils, Rangers goaltender Igor Shesterkin was incredible in net, preventing New Jersey from getting on the board.

The Devils weren’t busy in their own end and Blackwood didn’t have much to do, but he did come up with some crucial saves and didn’t look rusty at all.

The Devils were awarded a power play with just under 45 seconds left in the period and would look to come out firing on the man-advantage in the second to get on the board first.

Th Devils have been off for some time, but their power play continues to look dreadful. They committed several turnovers and were frankly lucky that the Rangers were unable to score a short-handed goal…

We’re only kidding. The Devils were given another power play and Pavel Zacha was able to get one past Shesterkin to put the Devils up 1-0.

The Rangers ended up scoring twice, the second goal probably should’ve been stopped by Blackwood, but the Devils also scored again. Will Butcher got a lucky deflection in front of the net for his first goal in his season debut.

The Devils weren’t as electric or impactful this period and would need to play like they did in the first in the third to come out with a win.

3rd period: The guys stepped up

As we mentioned earlier, some guys had to step up for the Devils because the roster was depleted post-COVID. That’s exactly what happened in the third. The Devils didn’t let the Rangers get anything done and were in the driver’s seat.

They were helped by some deflections, but three goals are three goals. Rookie Yegor Sharangovich continues to impress and was able to break the tie for the Devils.

In just his fourth game, Nicholas Merkley scored his first goal of the season. Mikhail Maltsev scored his first NHL goal in his second NHL game. The little guys showed up in a big way and were key in getting the Devils this win in their first game in weeks.

The key moment of the game for the Devils’ was Maltsev’s first career goal. It was an empty-netter and the game was the Devils’ to lose, at that point, but it was a moment that Maltsev will never forget.

The kid played a great game and it looks like the future is bright for him.

Player of the game: Nicholas Merkley

This might have been Merkley’s best game of his young career. The kid had a great training camp and that seems to have translated to the NHL-level. He could very well end up becoming an x-factor for this team.