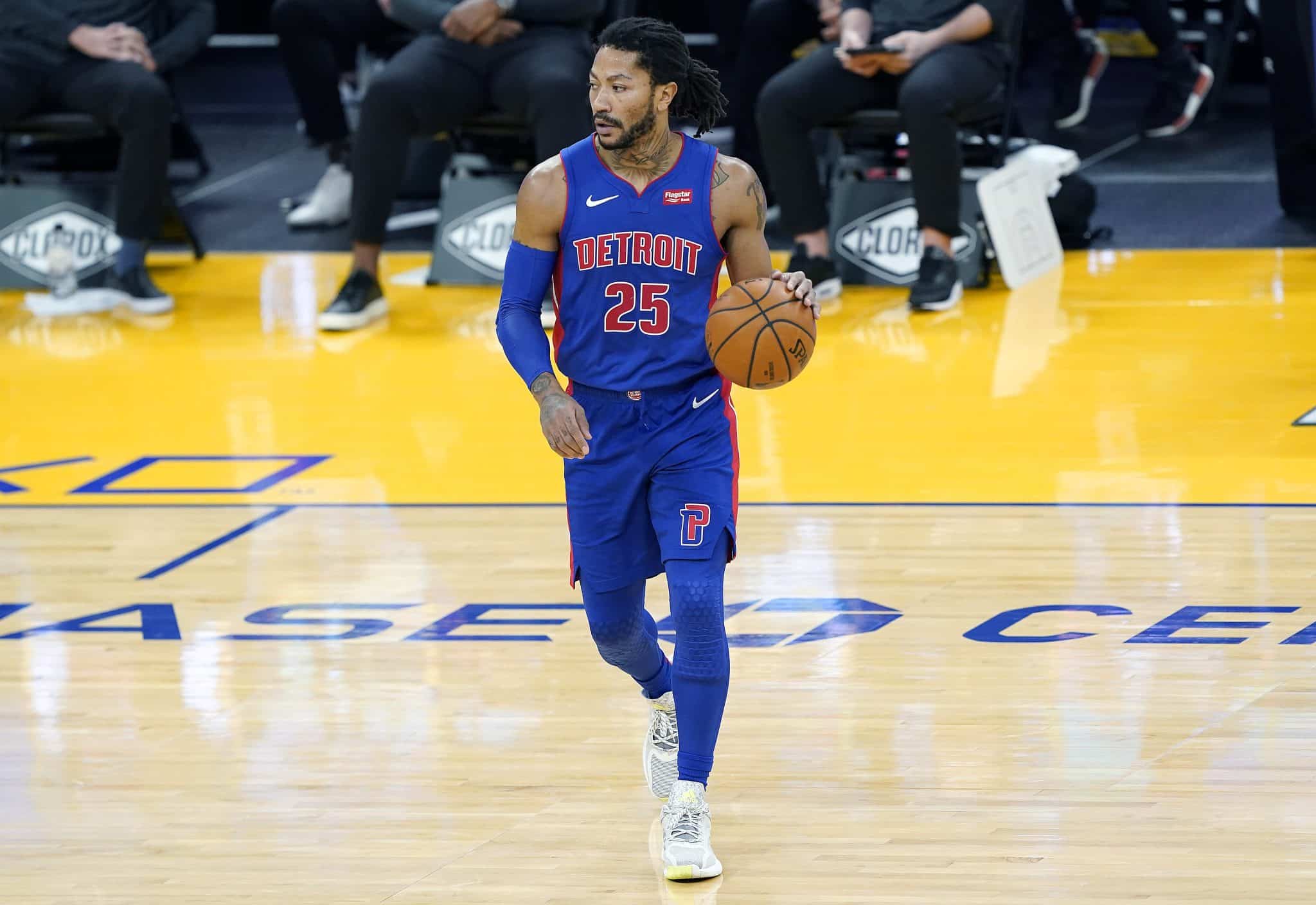 Former MVP Derrick Rose is headed back to the New York Knicks to be reunited with longtime coach Tom Thibodeau.

The New York Knicks have officially reacquired point guard Derrick Rose from the Detroit Pistons, the team said in a statement Monday. The Knicks will send point guard Dennis Smith Jr. and a 2021 second-round pick to Detroit to complete the trade.

Rose, 32, now joins the Knicks for the second time in his career. He spent the 2016-17 season with New York and averaged 18 points and 4.4 assists per game. Rose was also the No. 1 pick in the 2008 NBA Draft and took home an MVP award in 2011. His coach in his MVP season was current Knicks coach Tom Thibodeau, who also coached Rose recently with the Minnesota Timberwolves.

Rose had spent the last season and a half with the Pistons and was averaging 14.2 points and 4.2 assists in 15 games this season.

What the deal means

First, the Knicks landed Derrick Rose for almost nothing, which isn’t surprising. Shams Charania of The Athletic reported over the weekend that Rose and the Pistons determined moving on would be best. Detroit not getting much back in return was all but a certainty.

Now, New York has some more consistency and stability at point guard. Smith, a former lottery pick in 2017, had recently asked to go to the G League bubble to get some reps. The Knicks granted this request.

But this leaves the Knicks with something of a roster crunch. With Rose now in the mix, there is a surplus of guards at Thibodeau’s disposal. The million-dollar question is which one will see his minutes affected the most?

Who’s the odd man out?

The easiest answer is Elfrid Payton, currently in his second year with the Knicks. Though he recently had back-to-back 20-point games, his inconsistencies have fans clamoring for rookie Immanuel Quickley to get more minutes.

Speaking of Quickley, he seems the most likely to benefit from this trade. He’s averaging 12 points per game and shooting 36.3% from three as a bench spark for the Knicks. If he’s not promoted to the starting lineup, he will hopefully average more than 18.9 minutes off the bench.

But let’s shift the conversation to Austin Rivers, who signed with the Knicks in the offseason. Even though he’s been a voice of leadership at times, his on-court play has been inconsistent. He’s averaged 8.1 points per game and shot 36.4% from three-point land, but has a rough box plus/minus (BPM) of -2.8.

Rivers has also gone cold in February thus far, so decreasing his minutes to give the consistent Derrick Rose more playing time would be justified.

However, at this stage, it seems more likely that Payton will be the odd man out now that Derrick Rose is back in town. The young Knicks need an experienced leader on the court, especially at point guard, and Rose fits that mold almost perfectly. No disrespect to Payton, but his streakiness hurts the Knicks in the long run.

Rose, however, knows his new role in the NBA and won’t worry about carrying the team. He’s there to help them win and to teach the youngsters, namely Quickley, how to be their best and how to win. Throw in his years of experience working with Thibodeau, and this is practically a match made in NBA heaven.

Derrick Rose is not without his own problems. He has had enough injuries and knee operations in his career that after another, we might as well start calling him Colonel Steve Austin.

But the Knicks need consistency, and Derrick eRose provides that. Even on the lowly, rebuilding Pistons, his BPM was 0.4. On the New York Knicks, that number is sure to increase depending on his minutes.