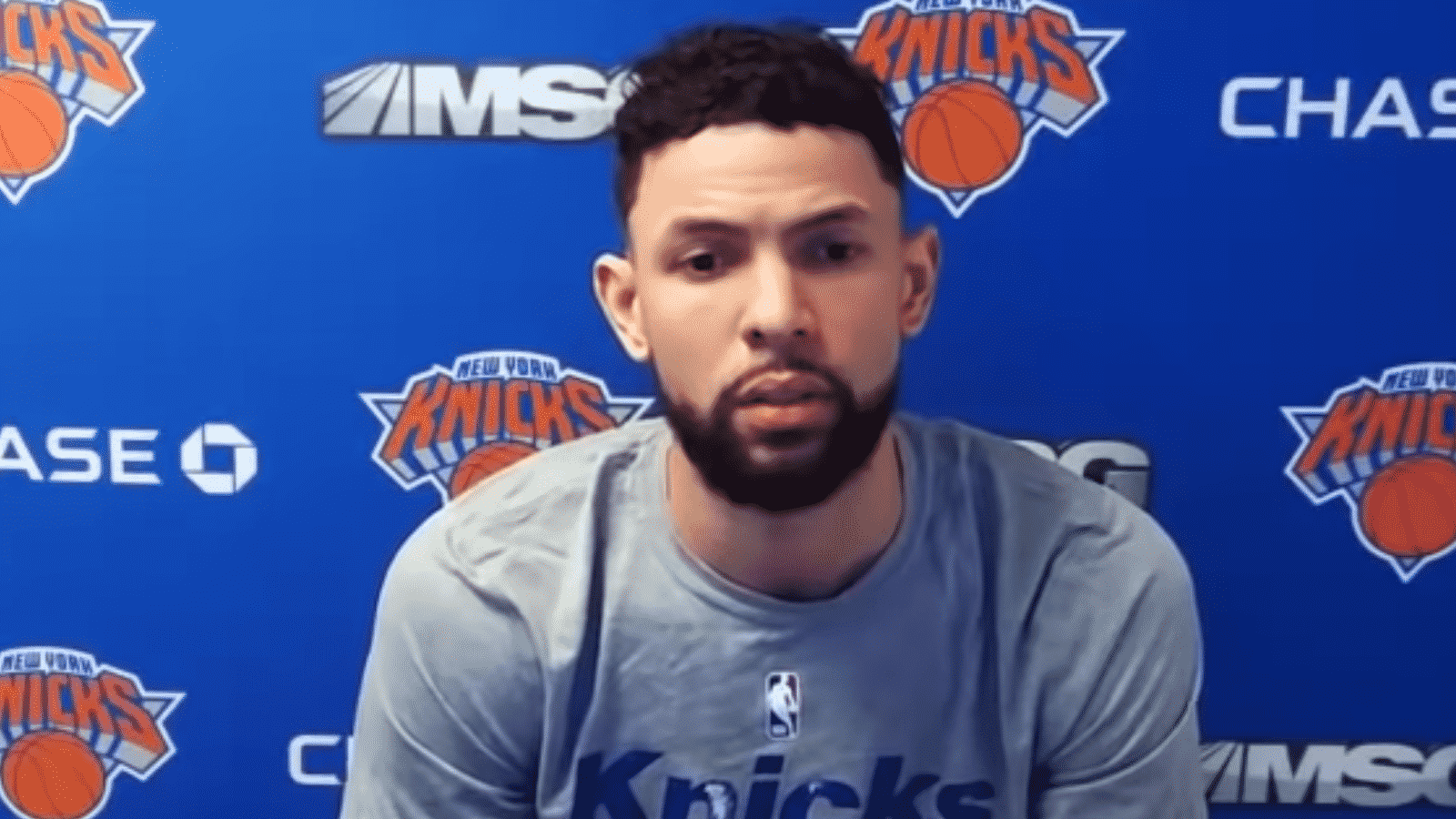 Austin Rivers hasn’t yet played a single game for the New York Knicks but is already sounding like a future locker room leader.

For someone who hasn’t yet played a game for the New York Knicks, veteran guard Austin Rivers is already trying to change things. Speaking on a Zoom call with reporters, Rivers brought a work ethic not often associated with the Knicks.

“I think we’re caught in an era where everybody likes riding a wave and people want to go to places that are already on the rise or go to teams and franchises that are doing really well and people have lost interest in going somewhere and making it great again,” Rivers said. “So I don’t understand someone not wanting to play for a city like New York. I just didn’t get that. I still don’t understand that.”

Rivers also made sure to praise New York’s hiring of former NBA Coach of the Year Tom Thibodeau, plus the decisions made thus far by new president Leon Rose. In a way, he echoed what I wrote last week about the Knicks not necessarily building a winner right now, but rather a new team culture.

A new identity means new leaders stepping up and in the case of the Knicks, there may not be a better man for that role than Austin Rivers.

Keep in mind, Rivers’ NBA journey has been different than most of his contemporaries. His father is former Knicks guard and current Philadelphia 76ers coach Doc Rivers, so he’s already more privileged than most in the league. This makes sense because after the New Orleans then-Hornets made him a first-round pick out of Duke in 2012, the younger Rivers developed a reputation. For all the talent, his cockiness on the court got in the way.

That’s true, except Austin Rivers is far from some spoiled rich kid who’s only in the NBA because of his dad. He didn’t play at fancy prep schools, nor did he entertain skipping college to play overseas for a year. No, Austin Rivers managed to become a five-star recruit and McDonald’s All-American playing at Florida’s Winter Park High School, a simple public high school.

Sure enough, Rivers became a different player once his father was his coach. Consider that in his short New Orleans tenure, he shot just 39% from the field. In Los Angeles, under his father’s tutelage, he saw that number climb to 43.3%. Rivers’ three-point shooting also began to improve.

Nepotism or not, Ian Levy of Bleacher Report called the move to Los Angeles one that saved Rivers’ career.

This was also when Rivers developed a reputation as being incredibly tough. Before the start of the 2015-16 season, his first full year with the Clippers, he lost five teeth after being hit by an elbow during a scrimmage. For context, this occurred on Oct. 9 and Rivers needed oral surgery.

He was discussing the accident with reporters less than two weeks later. Additionally, in the Clippers’ first game on Oct. 28, Rivers played 16 minutes. Granted, oral surgery isn’t the same as, say, a torn Achilles or ACL. As Doc Rivers said to reporters after the incident, including Robert Morales of the Los Angeles Daily News, “It’s just teeth.”

Even so, Austin Rivers had no issue speaking with the press about it. He could have played the “I’m the coach’s son” card and just recovered quietly in the background, but he was upfront and honest about the experience. Bad as it was, he just wanted to get back on the court.

This is exactly the kind of work ethic the New York Knicks have needed for years. Don’t worry about drama on or even off the court. Just stay focused and play the game to win, day in and day out. Austin Rivers is no star, but his focus and drive to win speak for themselves.

He has spent the last four-and-a-half years of his career with the Clippers and Houston Rockets, teams who actively competed for a championship in that stretch. On a team looking to build around RJ Barrett, Mitchell Robinson, and now rookie Obi Toppin, Rivers’ experience is practically priceless.

What’s most refreshing about Rivers is that despite his recent experience on contenders, he knows exactly what coming to New York means. The Knicks will be lucky to win 30 games in 2019-20. He knows that making New York a free agency destination is going to take hard work.

Additionally, Rivers knows he doesn’t have a lot of time to make an impact with the Knicks. He signed a three-year contract, but only one year is guaranteed. His job is to bring his work ethic and experience to a young team that needs a boost. Think of coach Norman Dale from Hoosiers, but as a player.

Such is the goal of Austin Rivers. He has no delusions of grandeur about suddenly becoming a superstar in the league, nor is he chasing a ring. He isn’t in New York to rebrand himself as the savior of Knicks basketball. No, he knows he’s a role player off the bench who might start here and there, and that’s fine.

But it’s like Rivers said on his Zoom call with reporters. This is about taking the Knicks as they are now and making them great again. His experience in Los Angeles and Houston could have earned him a spot on an NBA title contender.

And yet, he chose the New York Knicks.

2019-20 will be another hard year for New York. There will be growing pains. Doubt might take over on more than one occasion. Leon Rose’s vision and decisions will certainly be questioned several times.

But if Austin Rivers becomes a leader in the locker room and his teammates buy in, one thing is certain. Even in another losing season, the Knicks may finally see a light at the end of the tunnel.