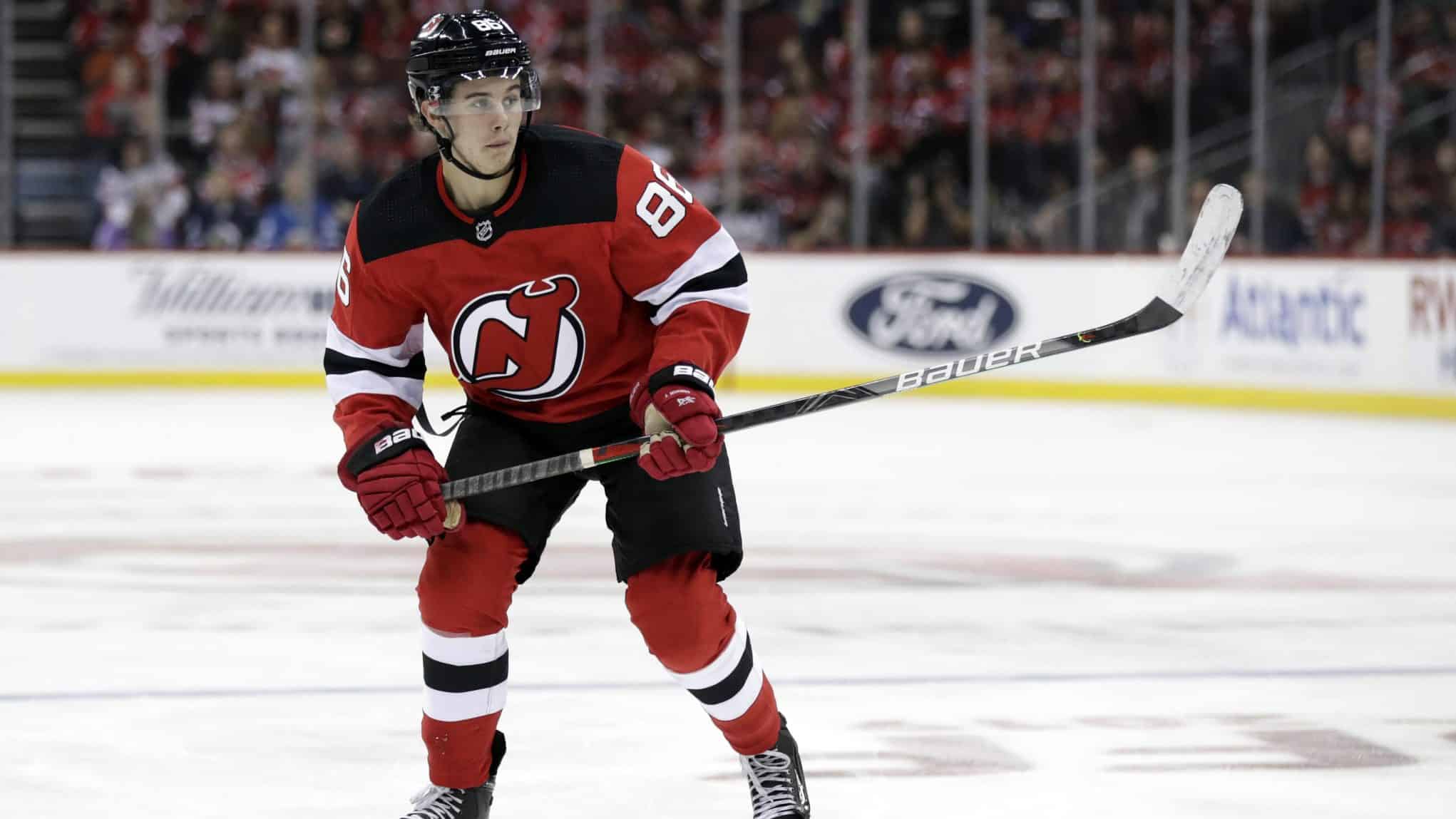 The Devils drop two to the Flyers in their first miniseries of the year.

The day has finally arrived. In the New Jersey Devils‘ game against the Philadelphia Flyers on Thursday, Jesper Bratt made his long-awaited season debut. Bratt would be featured on a line with Andreas Johnsson and Jack Hughes.

The Devils lost the first game against their rivals and would look to bounce back. The return of Bratt should certainly help.

The Devils looked very strong to start the game, and Scott Wedgewood as well as Hughes were noticeable early on. It looks like the Johnsson-Hughes-Bratt line was a good idea.

The Devils made some great plays and had some great chances, but Flyers goaltender Carter Hart looked sharp.

With 12:49 left, Damon Severson was able to get the Devils on the board with a nice shot that was too much for Hart to handle. This was a goal of firsts: it was Severson’s first of the season and Ryan Murray’s first assist, and point, as a Devil.

Just a few minutes later, Wedgewood made a nice save but the rebound got lost in traffic and Nate Prosser, who hadn’t played in an NHL game since Jan. 2019, was alert enough to notice and get it past Wedgewood.

With just under five minutes left, the Flyers were penalized for interference and the Devils went to their first power play.

The Devils continue to struggle on special teams, which has been their most glaring weakness to begin the season.

2nd period: Something needs to be done about the power play and faceoffs

3:40 into the second period, the Devils were given another chance to get something done on the man-advantage. Once again, they were unable to do anything here.

The Devils’ issues on special teams as well as faceoffs were particularly clear during this game.

At about the halfway point of the period, Pavel Zacha was sent to the box and the Devils would be on the penalty kill for the first time. This was a fantastic kill by the Devils, who didn’t let the Flyers do much.

A few seconds later, the Devils caught the Flyers on an odd-man rush, but somehow Hughes couldn’t score.

With 6:16 left, the Devils were given yet another chance on the power play after the Flyers were penalized for having too many men on the ice. This power play was particularly terrible: the Devils were unorganized and couldn’t make plays.

The third period is when things fell apart for the Devils. Their inability to finish combined with Hart playing exceptionally well in net ultimately led to their demise. The Devils dominated the game and outshot the Flyers 34-17, but that wasn’t enough.

Michael Raffl broke the tie just over two minutes into the third. This was a controversial play: Hughes was able to retrieve the puck in his own zone, but Nicolas Aube-Kubel took it away from him, leading to the goal.

It did look like Aube-Kubel tripped Hughes in order to take the puck from him, but the referees didn’t call a penalty.

Flyers captain Claude Giroux scored his first goal of the season about five minutes later, which sealed the deal. The Devils emptied their net with 3:45 left and had some scoring chances, but they continued to struggle in terms of finishing.

The Devils played well, but bad special teams, faceoff struggles, and the inability to finish cost them the two-game miniseries against a dangerous Philadelphia team.

The key moment of the game was New Jersey’s only goal. As was previously mentioned, it was Severson’s first of the season and Murray’s first point as a Devil.

Player of the game: Jack Hughes

Once again, the young star was the Devils’ player of the game. He didn’t record a point, but he was impactful and made his presence known everywhere. His new line was very effective and Hughes continues to prove that he deserves to keep the 1C job.