With the Brooklyn Nets acquiring James Harden now seem an appropriate time to look back at the team’s most franchise-altering trades.

Big trades have been hit or miss in Brooklyn Nets history. Some have worked out way better than anyone could have hoped, while others set the franchise back years or even decades.

With that in mind, here’s a look at the biggest trades in Nets‘ franchise history. 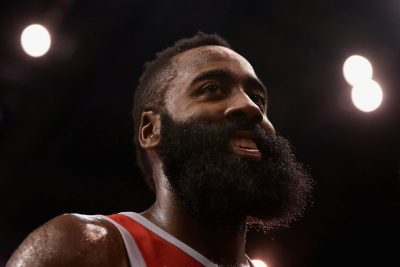 Whether James Harden leads the Brooklyn Nets to an NBA championship or burns them to the ground, this trade is franchise-altering. The Nets basically gave up their entire draft stock for the 2020s in this trade along with two of their best young players.

Now, draft picks are just draft picks. There’s no guarantee that they hit, but if the Nets bottom out, then those picks become extremely valuable. If the Nets continue to win though, they’ll mean close to nothing because they’ll be late in the first round.

It also hurts to see the Nets give up Jarrett Allen and Caris LeVert. Neither guy is elite, but both are strong starters on an NBA playoff team. Losing two young starters could come back to bite the Nets, or it could just be the price they paid to win a title.

This entire trade will revolve around how Harden plays for the rest of his Nets career. Will he be a franchise legend or another trade bust? That question will determine the Nets’ future for the next decade. 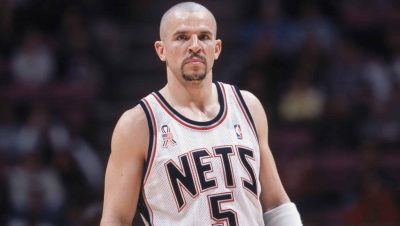 The Jason Kidd trade goes down as one of the greatest in Nets history. Stephon Marbury was an elite player, an All-Star who was among the best scoring point guards in the NBA. That wasn’t enough for the Nets.

They traded him for another elite player in Jason Kidd. Unlike Marbury, Kidd was known for his all-around game. He played defense, passed the ball, hit threes. Whatever his team needed he could do it and do it at a near-elite level. That opened up the game for the Brooklyn Nets in a way it never did with Marbury running the point.

The Nets had missed the playoffs in six of the last seven years leading up to the Kidd trade. Kidd got them to back to back NBA Finals, though they lost them both. The Nets made the playoffs six years in a row with Kidd at the point, winning at least one playoff series in five of them.

This trade turned the Nets from a laughing stock in the mid-to-late 1990s into one of the NBA’s most feared teams in the 2000s.

During the 2011-12 season, the Nets dealt with untold injuries. They had their top three small forwards go down due to injury, so out of desperation, they made a move to acquire Gerald Wallace to fill the void.

Wallace didn’t do that. In his short Nets career, Wallace was uninspiring, to say the least. That said, Wallace did have the best shooting season of his career that season, which is why the cost was so high.

The first-round pick the Brooklyn Nets gave up wound up being the sixth overall pick in the 2012 NBA Draft. With that pick, the Portland Trail Blazer selected Weber State PG Damian Lillard.

Now, there’s no guarantee the Nets would have made the same pick, after all, Deron Williams was still with the Nets. Still, it’s impossible to imagine what could have been.

Williams and Lillard would have made a lethal scoring backcourt. Then Lillard could have taken the point guard job full-time from Williams once his contract ran out. The Nets could have the future Hall of Fame point guard had they just not made a desperation trade.

Instead, they missed out and cost their franchise a legend. 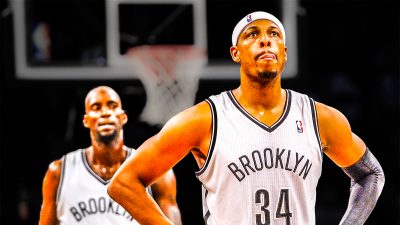 There is no trade that better describes franchise-altering in Nets history than the Garnett/Pierce trade. This mess of a deal set the Nets back almost a decade.

It cost the team promising players and draft picks that still haunt them. Among the players the Celtics selected or traded for with the Nets picks are Jayson Tatum and Jaylen Brown. Those two make up the core of the Celtics young playoff team.

Meanwhile, the Nets got little to nothing out of the deal. Garnett and Pierce were washed up and didn’t play up to expectations.

There’s nothing more to say other than this deal hurt the Nets in a way few deals have the ability too.

The Brooklyn Nets made two franchise-altering trades involving one of the greatest players in the history of the game.

In 1973, the Virginia Squires of the ABA were strapped for cash, so they did the only thing they could. They traded their star player to the Nets for $350,000.

Dr. J became the face of the ABA and a dominant force for the Nets. He won the ABA MVP in all three seasons with the team and led the Nets to two ABA championships.

When the NBA came calling, the Nets found themselves in the same situation the Squires were. To make the move as part of the merger the Nets needed money. So, they traded Dr. J to Philadelphia for $3,000,000.

Dr. J went on to be one of the greatest players the NBA had ever seen winning an MVP award and being named to 11 All-Star teams and 7 All-NBA teams.

For the rest of Dr. J’s career, the Nets would win just one playoff series, while the 76ers won an NBA Championship. It’s hard not to think about what could have been had the Nets just found another way to get the money.

Why does Kevin Durant want out? Nets don’t even seem to know

Nets did Net things this weekend at NBA summer league

Man, did we waste a lot of energy on Kevin Durant-Kyrie Irving Nets