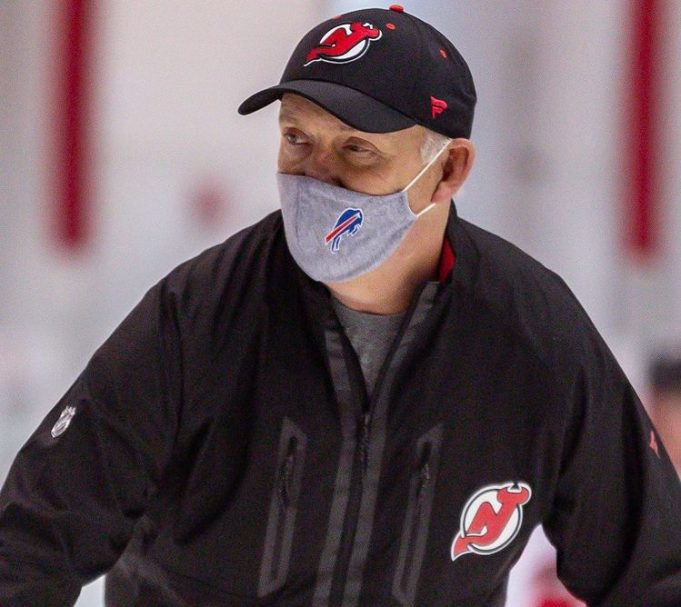 A look at the upcoming season for the Devils and what we learned from training camp.

The New Jersey Devils’ season begins on Thursday against the Boston Bruins, and there’s much to look forward to.

With the division realignment, the Devils have found themselves in arguably the toughest division in the league, so making the playoffs is unlikely, but the continued development of the players is going to be their number one priority.

The offseason and training camp have been eventful for the Devils, so let’s see what we’ve learned in the months leading up to opening night.

The Front Office and Coach

On July 9th, Tom Fitzgerald was named the Devils’ Executive Vice President and General Manager. In his first offseason in that role, Fitzgerald made some very respectable moves.

Not only did Fitzgerald turn over some of the roster and bring in impactful players, but he was tasked with hiring a new head coach. Lindy Ruff was identified as the man for the job; we discussed what makes Ruff a good fit when he was hired.

Ruff is an experienced coach who has developed many players in his defensive play style.

Given that the Devils had one of the worst defenses in the league last year, it’ll be interesting to see how this ends up working out.

Fitzgerald and company made several upgrades at the blue line during the offseason but, at least on paper, this still isn’t a good defensive unit.

It isn’t clear whether Ruff’s emphasis on strong play at the blue line will work out well for this Devils team, but he must also focus on the development of the team’s youngsters, of which there are many.

Ruff has played a key role in the development of several players who have gone on to have very good careers, and the Devils are going to hope that he can do the same in New Jersey.