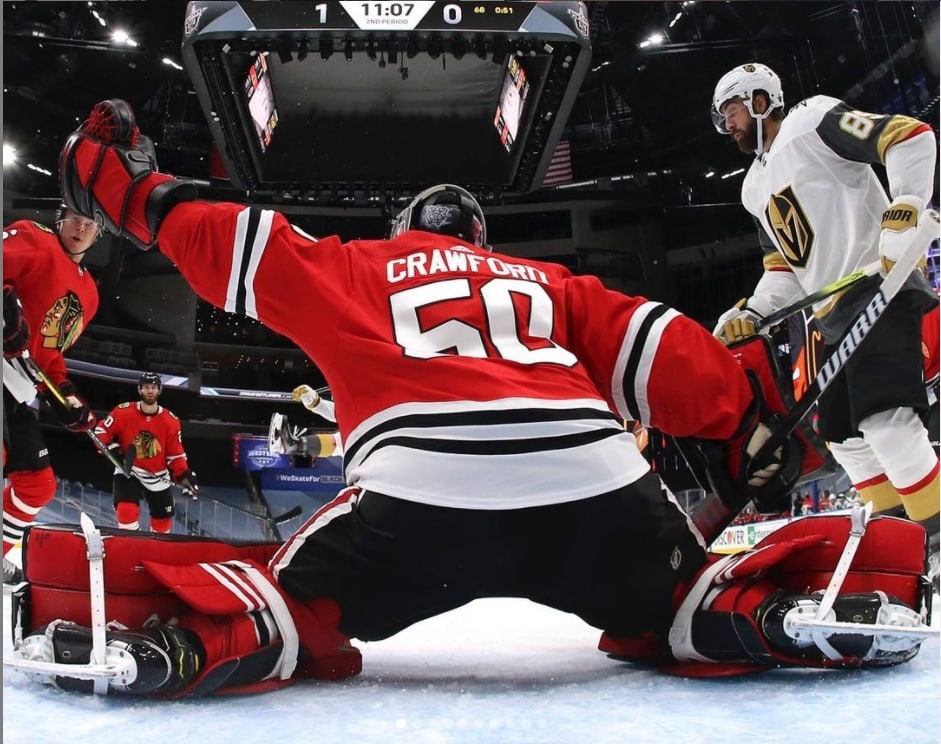 The New Jersey Devils’ new goaltender hasn’t been at practice yet.

Two-time Stanley Cup champion goaltender Corey Crawford was brought in to provide championship experience to the New Jersey Devils‘ roster. But he hasn’t joined the team on the ice yet.

Even though MacKenzie Blackwood figured to be the number one netminder entering the 2021 season, the Devils gave Crawford a two-year deal with a $3.9M AAV.

Crawford did not participate in the Devils’ scrimmage on Wednesday, making it three consecutive days of practice/scrimmage missed. According to Devils coach Lindy Ruff, the first two days were maintenance days while Wednesday’s absence is being referred to as a personal day.

Crawford, who turned 36 on New Year’s Eve, was a key part of the 2013 and 2015 championship Chicago Blackhawks; many would argue he should have won the Conn Smythe Trophy for his performance in 2013. He has earned a share of the William Jennings Trophy twice, first with Chicago teammate Ray Emery for the 2012-13 season and then with Montreal’s Carey Price for the 2014-15 campaign.

Unfortunately, Crawford has had his share of health issues over the past few years. A concussion suffered during the 2017-18 season cost him 52 games and ended that season prematurely. He suffered another concussion the following season, costing him 28 more games.

Crawford revealed he was diagnosed with COVID-19 early this past summer, delaying his return for the 2020 bubble postseason. He was required to self-quarantined at his home, staying away from his wife and newborn child.