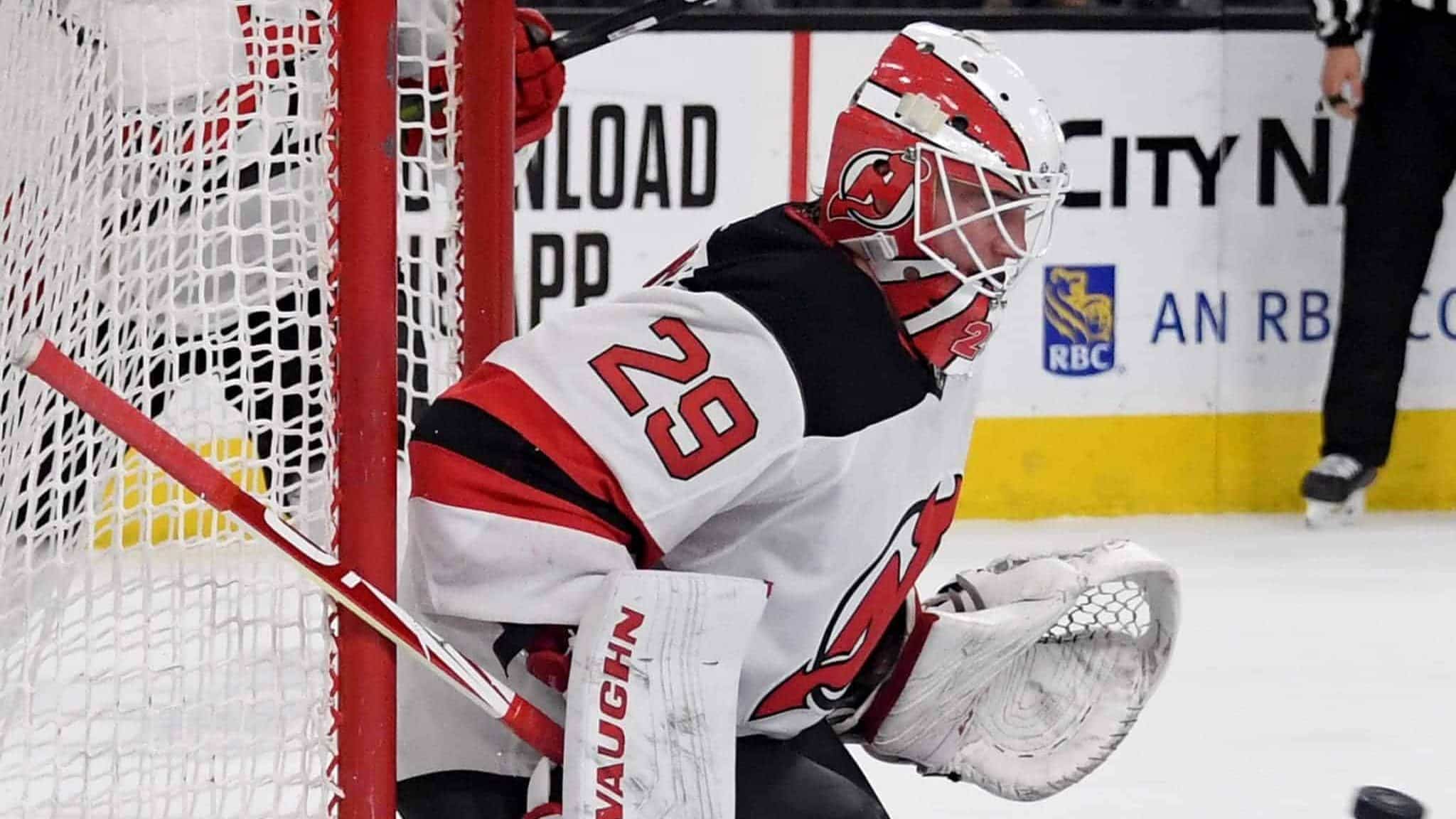 Devils re-sign RFA Blackwood to set up strong tandem in net for 2021.

Return of the Mac.

Earlier this offseason the Devils brought in an established champion to share the load between the pipes with Blackwood. Corey Crawford joined the Devils on a two-year, $7.8 million deal after 15 years in the Blackhawks organization where he was part of two Stanley Cup winning teams (2013, 2015).

While the two will share time in net, it might be hard for Blackwood to compete with Crawford when it comes to mask art. Crawford’s new mask was revealed on Twitter recently, and he certainly has taken to the Devils moniker.

Corey Crawford’s @NJDevils mask revealed. Possibly one of the most demonic-looking masks worn by a Devils goaltender. Love the pitchforks on the jawline.
🎨: Griff Airbrush pic.twitter.com/OBgsxCM0FJ