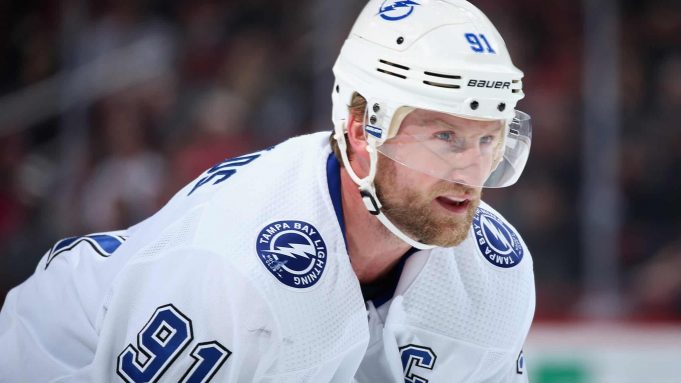 The New York Islanders will face a shorthanded Tampa Bay Lightning squad in the Eastern Conference Finals as Steven Stamkos is still out.

The New York Islanders are coming into the Eastern Conference Finals at full strength. The same can’t be said of the Tampa Bay Lightning. Tampa’s head coach Jon Cooper confirmed that the team will be missing Steven Stamkos on Monday and in all likelihood, the entire series.

Coop says Steven Stamkos is still not available and will not play in our Eastern Conference Final series against the Islanders.

He says that he will update that status if something changes. #TBLvsNYI

“If something’s going to happen and he’s getting close, I will be the first one to tell you,” Cooper said via Mollie Walker of the New York Post. “But from here on out, you shouldn’t ask the questions because the answer’s not going to change. If something comes, I will update you.”

Obviously, no one ever wishes injury upon an opponent, but this is a huge opportunity for the Islanders nonetheless. Although Tampa Bay is stacked with talent from top to bottom, Stamkos is their biggest offensive threat.

Stamkos, 30, has yet to play since the restart and it doesn’t look like he’ll be joining in on the action anytime soon.

The Islanders had an injury scare of their own in Game 6 of their series against the Philadelphia Flyers. Claude Giroux’s stick caught Mathew Barzal on the eye. There was no intent, but it was still a scary moment. Barzal didn’t return for overtime in that game.

However, he did play in Game 7 and is good to go against Tampa Bay. The Isles would not have made it this far without Barzal’s dynamic skating.