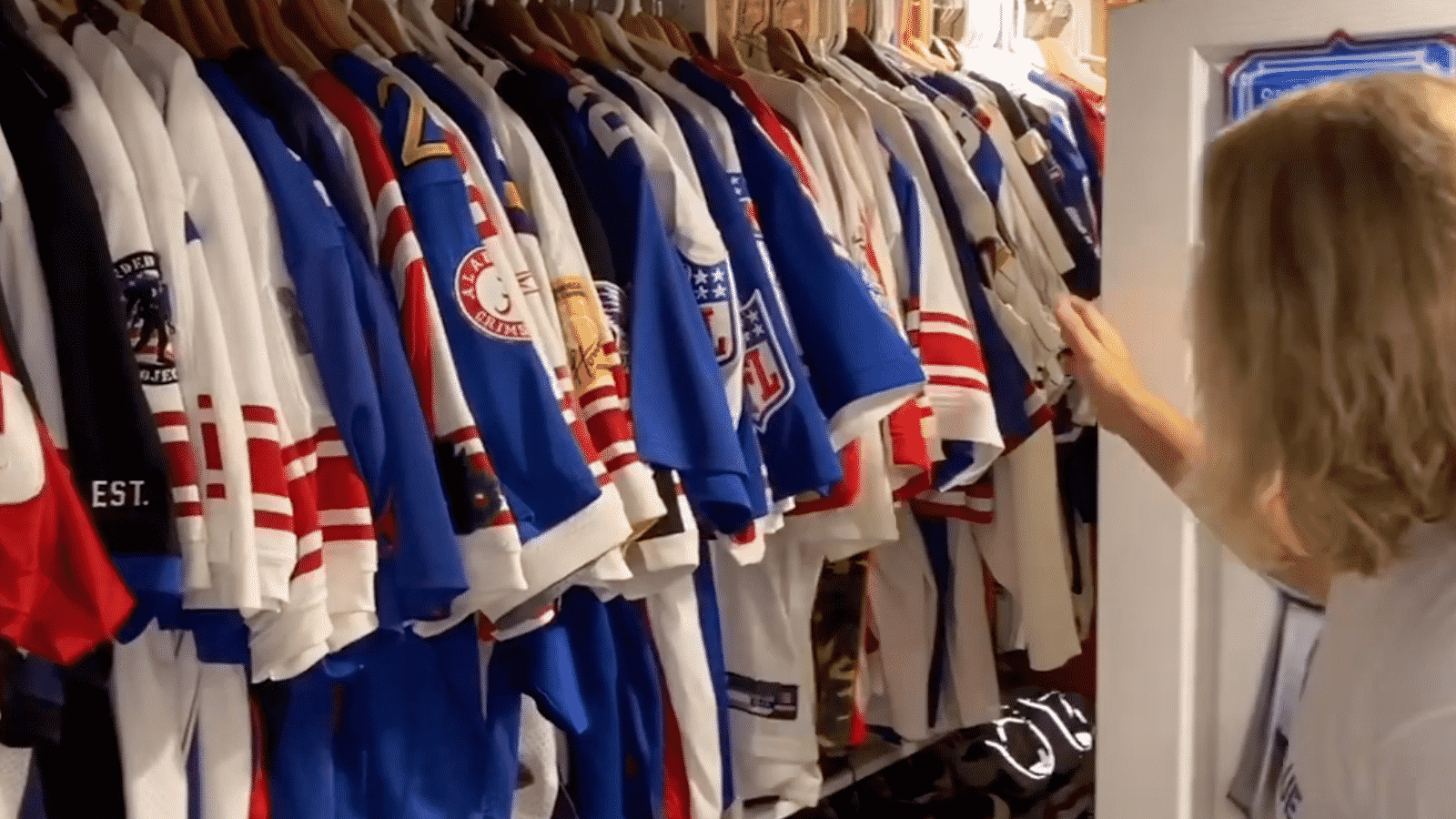 Joe “License Plate Guy” Ruback — The world’s biggest New York Giants fan just released a tour of his house and it is mind-blowing.

True Blue just released their first “True Blue Cribs” episode featuring his house, and well, it’s just…insane. All the New York Giants memorabilia you could ever dream of.

This September, LPG and ESNY’s Mike Vivalo will be launching “True Blue” a Giants-focused content stack consisting of a weekly podcast, video interviews, and exclusive behind-the-scenes content that only they can produce – (rumor has it that a ping-pong game vs. Golden Tate is coming).

Before his father dared him to wear a license plate around his neck, Joe Ruback was still the world’s biggest New York Giants fan. The legend of “LPG” began to grow after years of collecting Giants themed license plates and wearing them in the front row of every game – home and away. LPG has become the unofficial mascot of the team and by far the most recognizable fan in all of New York — for any sport.