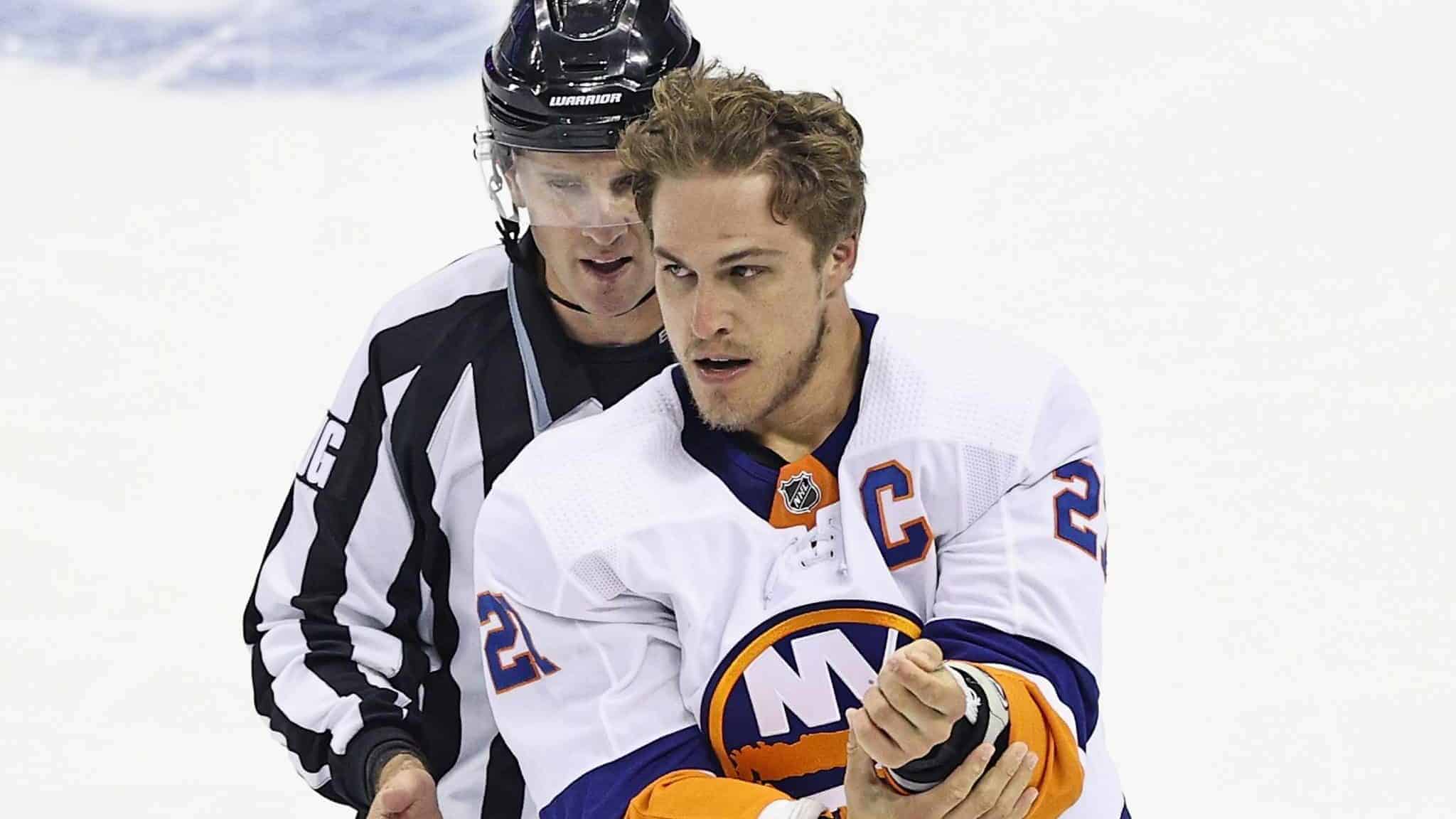 In the first period of Game 1 between the New York Islanders and Washington Capitals, Anders Lee took out Nicklas Backstrom with a blindside hit. Backstrom was later forced to leave the game and Capitals head coach Todd Reirden called Lee’s hit “predatory” in his postgame press conference via Zoom.

Lee was hit with a two-minute minor and had to answer the bell twice for going after Backstrom.

REPLAY
Here's why they dropped the gloves … pic.twitter.com/CqaHE2D51P

The hit from Lee was definitely worthy of a trip to the penalty box, but that’s the extent of his punishment. According to Arthur Staple of The Athletic, there will be no additional punishment from the league for the hit. There was no contact with the head and therefore, there’s no need for a suspension or fine.

Lee and his head coach Barry Trotz didn’t make much of the hit after the game. Essentially, the message is that this is the physicality that comes with playoff hockey.

“I tried to throw the brakes on a little bit there, but I caught him,” Lee said. “The end result after that was a penalty, a couple of fights. It was settled and then the game continued on.”

“Playoff hockey should be right up Anders’ wheelhouse, if you will,” Trotz added. “He’s big. He’s strong. He scored an important goal. He had a hit. And he responded to Wilson’s challenge. What more can you ask from a leader?”

Backstrom’s status is still unknown for Game 2 which is scheduled for 8 p.m. ET on Friday. Will the Caps carry these hard feelings over to Friday? Possibly, but again, this is playoff hockey and big hits happen.

Who could forget Tom Wilson’s hit on Lubomir Visnovsky in the 2015 Stanley Cup Playoffs? Visnovsky was knocked out of the series and never played another game in the NHL. Wilson was not suspended for the hit.