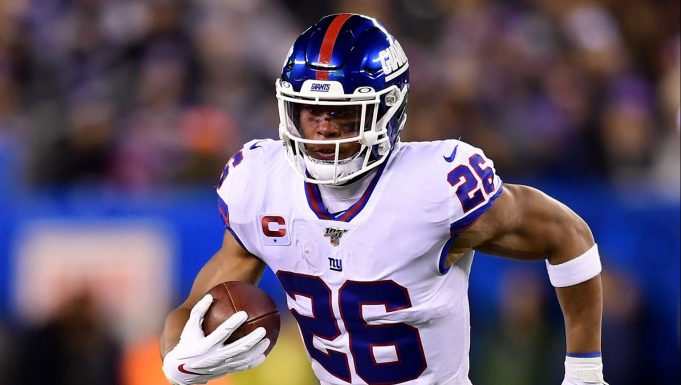 Saquon Barkley is one of the reasons ESPN ranked the New York Giants the second-best roster of players under 25 years old.

Despite going 12-36 over the last three seasons, there are motives to believe the New York Giants are on the path to turning around their fortunes. One of those reasons has to do with their young and talented roster that’s poised to take the next step in its development.

ESPN agrees with the prior sentiment, which is why the major news outlet ranked the Giants’ roster of players under 25 years old the second-best in the league. The Baltimore Ravens are the lone ballclub ahead of them.

Despite going 9-23 in his first two full years as Giants general manager, Dave Gettleman has drafted an array of talented players, including Saquon Barkley, Daniel Jones, Will Hernandez, Dexter Lawrence, and Darius Slayton.

In this year’s draft, Gettleman used the No. 4 overall pick on the only All-American offensive tackle in the 2020 class in Andrew Thomas. Then in the second round, he chose Xavier McKinney, who many considered the top safety in the draft.

Barkley is the best of the players mentioned, as he’s arguably the most complete back in the NFL and was the 2018 Offensive Rookie of the Year. Hernandez is one of the top young guards in the league, and if he can resolve his turnover issues, the sky is the limit for Jones.

Being ranked the second-best roster of players under 25 is fantastic, but it’ll be irrelevant if head coach Joe Judge and his staff are unable to help develop these players and maximize their potential.