Could the bidding for the New York Mets be over? Kyle Kuzma hinted at that in a now-deleted tweet bashing MLB for their lack of diversity. 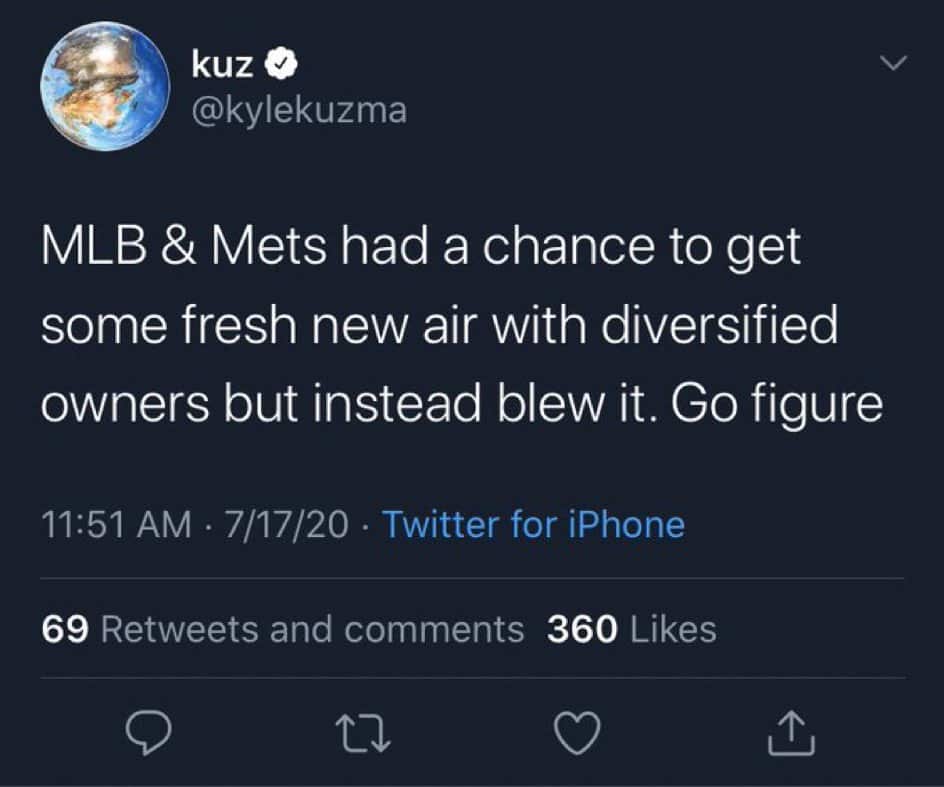 Kuzma deleted the tweet shortly after putting it up. It’s not clear exactly what he’s talking about. It’s possible he’s hinting at Steve Cohen beating out the bid of J-Rod’s diverse ownership group, but that’s not the only possibility.

ESNY reported Wednesday that C.K. McWhorter is dropping out of the race to purchase the team. McWhorter would have become MLB’s first African-American principal owner.

Either way, it’s clear that athletes would like to see more diverse owners. There is only one minority principal owner in MLB currently, Arte Moreno of the Los Angeles Angels.

No doubt that’s frustrating for many players. However, when it comes down to it, the only thing that will matter in these negotiations is money, this is a business transaction after all. Steve Cohen has the most money of any of the bidders, by far. In fact, if he purchased the team he’d become the most wealthy MLB owner and the second wealthiest sports owner in America.

While frustrating for many, Cohen winning was always the most likely outcome. No formal announcement has been made, and no major outlet has reported that this is the case. However, it’s unlikely Kuzma would have tweeted, and then quickly deleted, this unless he had a pretty decent idea of where the sale was going.