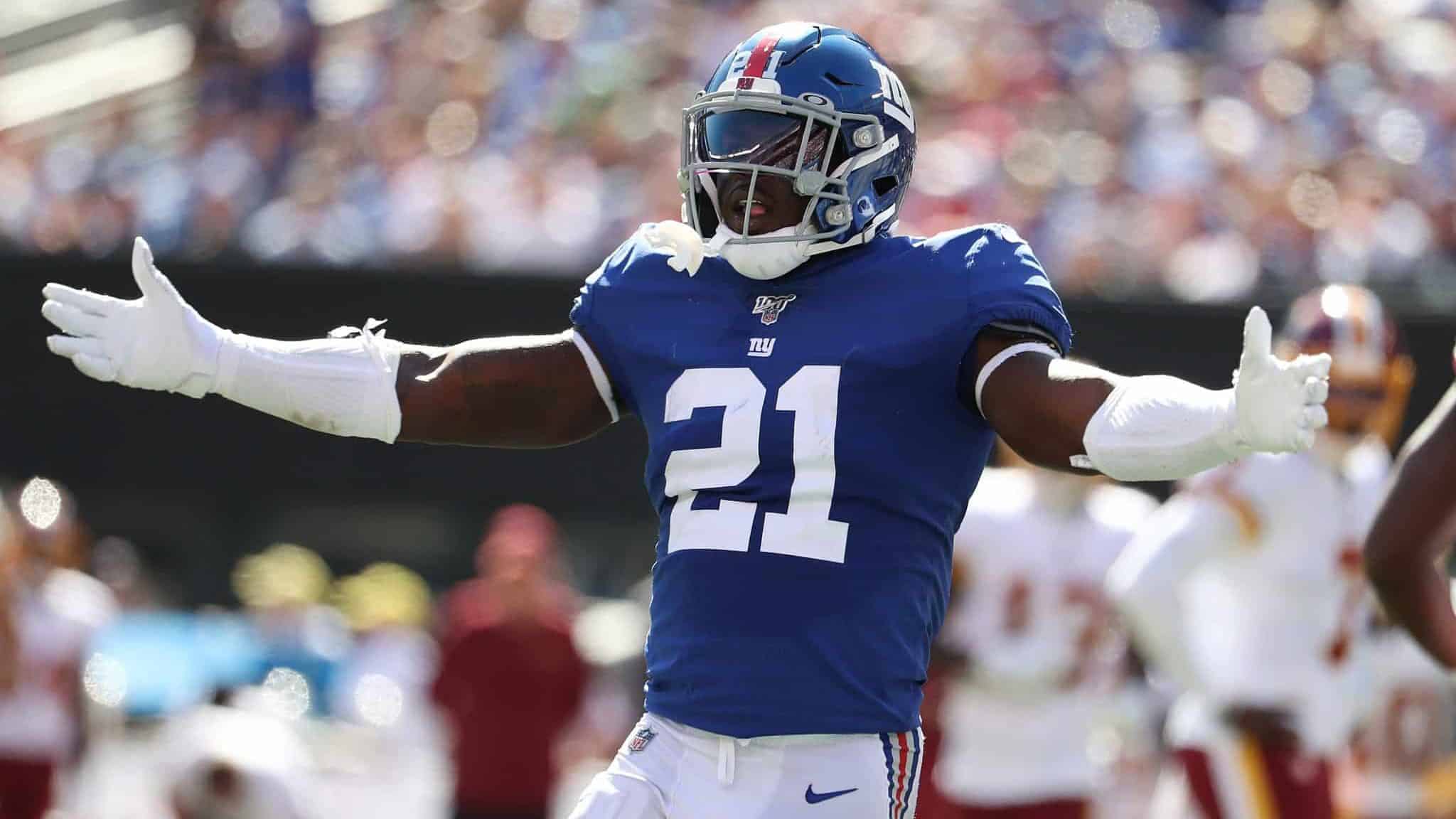 Will the New York Giants and general manager Dave Gettleman decide to exercise the fifth-year options for Evan Engram and Jabrill Peppers?

The bulk of the free agency period has passed, the draft is over, and numerous undrafted free agents have already been signed. Nonetheless, that doesn’t mean the work is done for New York Giants general manager Dave Gettleman. Fifth-year options have yet to be picked up for tight end Evan Engram and safety Jabrill Peppers.

The deadline to make those decisions falls a week from this past Sunday. Therefore, Big Blue will need to move quickly.

“We’ll make the decisions this coming week,” Gettleman said on Saturday, per Zack Rosenblatt of NJ Advance Media. “With the craziness on and off the field so to speak over the last six weeks, we’ve had preliminary conversations. We’ll make those decisions pretty quick.”

Peppers is coming off his first year as a Giant after finding himself involved in the Odell Beckham Jr. trade. The Cleveland Browns originally selected the extremely talented Michigan Wolverine in the opening round of the 2017 NFL Draft.

If the Giants don’t exercise his option, 2020 will be the final year of his rookie deal. But, expect New York to keep him in the fold for the 2021 campaign. In 11 games last year, Peppers recorded 76 combined tackles (51 solo) with five tackles for loss, three forced fumbles, and one interception (one pick-six). He missed the final five games due to a transverse process fracture suffered during New York’s Week 12 loss to the Chicago Bears.

Engram may be a different story though, as he’s succumbed to a number of health-related issues throughout his three-year NFL career. After undergoing a very productive rookie campaign in 2017 — 64 receptions, 722 yards, and six touchdowns through 15 games — Engram missed five and eight matchups in 2018 and 2019, respectively.

If he’s healthy, he’s one of the more versatile and athletic tight ends in football. But that’s a big “if,” and the Giants may be better off moving forward with someone like Kaden Smith. The 23-year-old caught 31 balls for 268 yards and three scores through nine games as a rookie last year.

The pair of decisions will be big for Gettleman, and it’ll be interesting to see how he handles either situation.