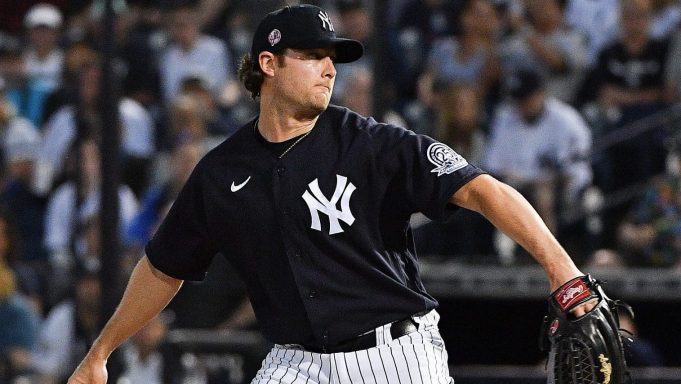 New York Yankees pitchers Gerrit Cole and Adam Ottavino are working out together in preparation for the eventual new season.

The fate of the 2020 Major League Baseball campaign may be in question, but that certainly isn’t keeping a few New York Yankees pitchers from putting in the work. Amid the league shutdown, Gerrit Cole and Adam Ottavino are throwing together, taking part in what they call “Backyard baseball.”

It’s unclear when the season will begin, as the COVID-19 pandemic has introduced a number of questions we thought we’d never have to answer. But regardless of its eventual commencement, Cole and Ottavino are making sure to keep their bodies in check.

“[I’m] staying on my regimented workout routine here at my residence,” Cole said, per Mollie Walker of the New York Post. “Being able to stay in that routine has been beneficial. Trying to keep the pilot light on like other players and being as ready as we can be when we are called back to being able to play.”

It’s become different for all players in terms of preparing physically and mentally for the new season. These individuals, in addition to the workout routines they may receive from coaches, must figure out their own ways to stay in shape while staying socially distant from others.

Yankees fans are certainly looking forward to seeing Cole in pinstripes for the first time. He signed a nine-year, $324 million deal this past December after winning 20 games for the Houston Astros in 2019.

But will his inaugural tenure in the Bronx even occur this year? Fans of the game are definitely staying optimistic. Nonetheless, that doesn’t mean things won’t become worse as far as this pandemic is concerned.