The New York Giants have officially lost nine consecutive games after coming up short against the Philadelphia Eagles on Monday night. The streak ties a franchise record, as Big Blue hasn’t won a game since Sept. 29. They’re now 2-11, sitting at the bottom of the NFC East division.

For much of this season, the general narrative is that head coach Pat Shurmur isn’t the right man for the job. And why should he be moving forward? The team doesn’t seem like they’re making any sort of progress on either side of the ball as the year progresses. A lot of that comes down to coaching and management as well. According to a report from ESPN’s Jordan Raanan, both Shurmur and Dave Gettleman aren’t in good standing.

Expectations around the league are that Shurmur won’t survive this mess and GM Dave Gettleman is also in trouble.

Since Gettleman’s hire (prior to Week 17 of the 2017 season), the Giants are 8-22. Shurmur during his tenure (hired before the 2018 season) has posted a combined record of 7-22. Just judging by the numbers, neither individual has been the answer at their respective positions.

Many have begun to thought Shurmur will be gone by the end of the season and Gettleman could stay. However, both could be out of work by Black Monday or even sooner. It would make sense for the organization to fire both of them prior to the end of the year in order to receive a head start on a search to fill either spot. It’s still unclear if the Giants would do that. 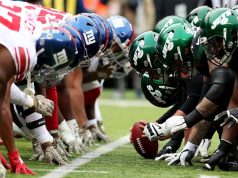