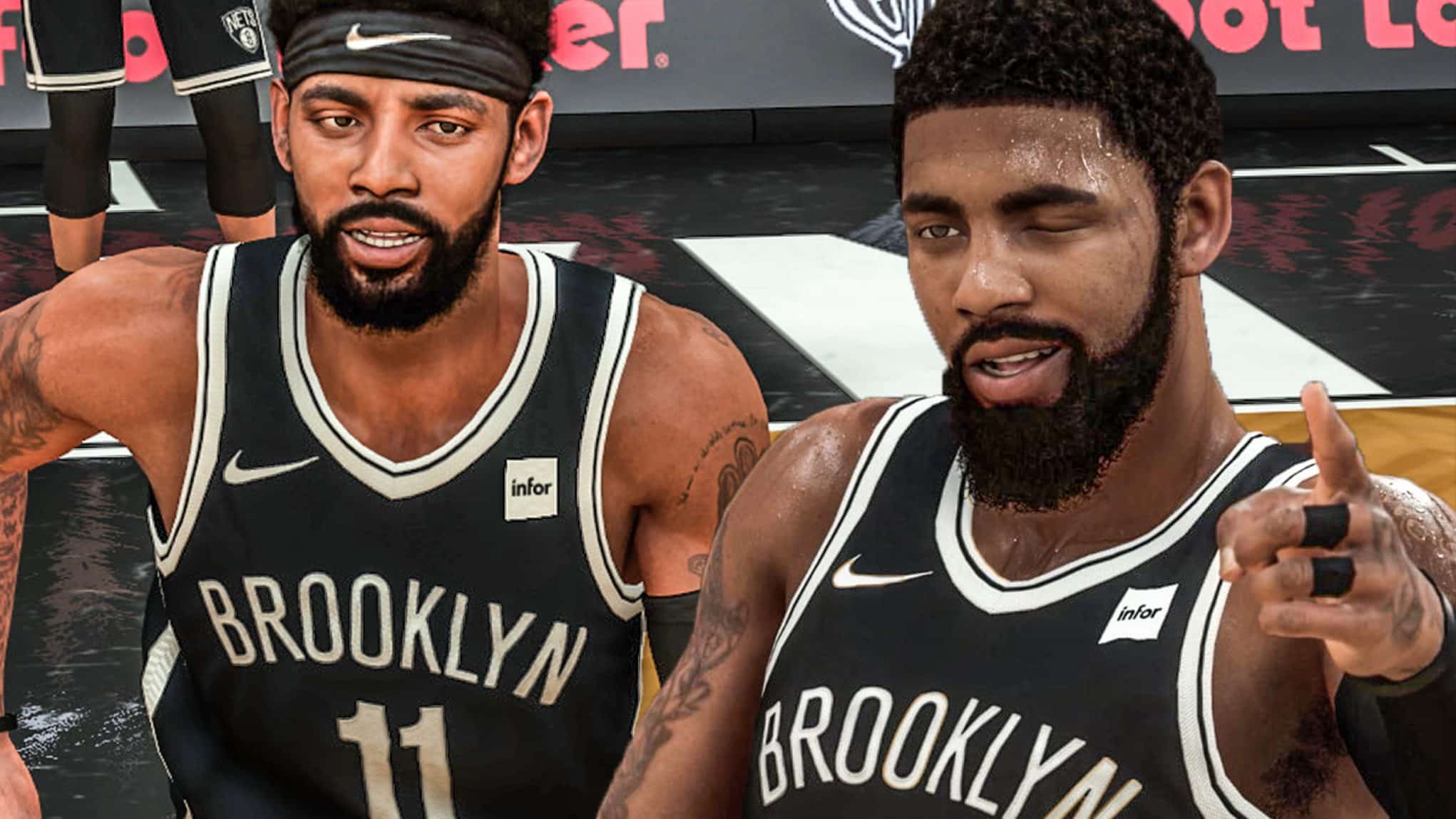 With each passing day, the 2019-20 NBA season creeps closer. The season starts in about a month and it looks like there’s light at the end of the NBA offseason tunnel.

As I perused Twitter, I came across an interesting article written by Duncan Smith of Forbes on the Detroit Pistons. He created an article that used the concept of having NBA 2K20 simulate and predict the Detroit Pistons 2019-20 season.

To pay homage to the original idea, we’re using that concept to predict the upcoming season for the Brooklyn Nets. We’re following similar guidelines with a few adjustments. One adjustment, in particular, will be that this simulation only goes through five seasons, not 10.

Following Smith’s lead, I focused on a few key players, charting their season averages in each of the simulated seasons. Rotations won’t be messed with and all trades were denied. The one difference is that in this study there will be two different “experiments.” One set of simulations will feature the Nets without Kevin Durant and one will feature them with him.

I realize that by the time Durant returns, whether it’s playoff time this season or not until next season, the roster won’t look how it does now. However, the Nets core should still be intact over the next few years so that’s all I’m focused on. Kyrie Irving, Caris LeVert, Spencer Dinwiddie and Jarrett Allen will be the focus players in the seasons without Kevin Durant. In the simulated seasons with KD, Spencer Dinwiddie’s progress won’t be tracked.

The Nets averaged 50.8 wins per season, with a best result of 60 wins in a season. Their lowest win total in a season was 47, a year in which Irving missed almost half the season due to multiple injuries.

The Nets made the playoffs every season during the Durant simulations. They were never lower than the three-seed in the Eastern Conference. In two of the seasons, Brooklyn reached the NBA Finals.

However, they only won the ultimate prize once. Ironically, they won the Finals during a season in which they won only 48 games during the regular season due to Kevin Durant being hurt for two months with a broken leg. And get this: He came back at the end of April to help spur Brooklyn to their first NBA title. In total, the Nets won eight playoff series in five appearances.

Kyrie Irving, as we all know, is one of the more dynamic players in the NBA, and for Brooklyn, during these simulations, he was the team’s best player. During his best season, Irving had per-game averages of 31.5 points, 5.5 rebounds and 6.1 assists, with shooting splits of .527/.433/.888. Irving led the league in scoring, was selected to an All-Star game, participated in the three-point shooting contest, and was also named second-team All-NBA that season.

During the season in which the Nets won the NBA Finals, Irving was the Finals MVP. In total, Kyrie made second-team All-NBA three times and third-team All-NBA once. That included four All-Star selections in five seasons.

It’s not often you think of Kevin Durant as being a complementary piece or a sidekick to another star. However, that’s what role the 2K simulations are projecting. That being said, he still put up dominant numbers. In his best season, Durant averaged 26.8 points, 6.1 rebounds, and 5.3 assists per game with shooting splits of .537/.439/.923. KD was part of the 50/40/90 club in three out of the five simulations.

In total, KD made second-team All-NBA three times and was selected to three All-Star Games. Injuries in two of the seasons stunted his accomplishments, but he was selected to the three-point shooting contest in one season.

This was the most interesting player in this exercise. There are a lot of high expectations for LeVert heading into this new era of basketball for the Nets. Last season, he showed glimpses of All-Star talent. However, 2K sees him as more of a third option, which makes sense considering who his teammates are.

I decided to choose Jarrett Allen as the fourth player to keep track of because I was curious how he would fit in along with DeAndre Jordan. Allen never started a game during any of the simulated seasons.

However, he posted better stats than Jordan across the board except for rebounding. In all five seasons, his stats were nearly identical to what he produced in 2018-19 for Brooklyn. He projects as a player who can consistently provide 10 points and 10 rebounds in a game, but he won’t ever be a superstar.

As expected, the Nets, with a healthy Kevin Durant, are a perennial championship contender. The beauty of having two stars on a team is that if one goes down, you still have the other to help pick up the slack. It will be interesting to see how the duo of Irving and Durant actually work out together and who will take over as the “alpha dog.” The simulation suggests it’s Durant, but something tells me it’ll be the opposite.

It also seems as if 2K believes the Nets, Bucks, and Sixers are the three best teams in the East. Every year, these three teams were top-three in the conference. And just in case you were curious, D’Angelo Russell won Sixth Man of the Year EVERY. SINGLE. SIMULATION.

The Nets averaged 44.6 wins per season, with a best result of 60 wins in a season. Their lowest win total in a season was 41, and there were no major injuries from any of the starters. Joe Harris, on the other hand, suffered an injury in three of the five simulations.

Brooklyn made the playoffs every year even without the services of Kevin Durant. They were never lower than the five-seed, but the season they were a five-seed, the Eastern Conference was abysmal. Three teams made the playoffs with a sub .500 record that season. In total, Brooklyn won only two playoff series in five appearances. They were never eliminated by the same team more than once.

Without the help of Durant, Irving is the team’s main source of offense. It was interesting, however, to see that Kyrie actually averaged fewer points per game without KD. In fact, his numbers across the board were down except for his shooting splits which stayed consistent throughout both simulation trials. In his best season, Irving posted per-game averages of 30.4 points, 5.0 rebounds, and 4.2 assists with splits of .530/.440/.871. Irving was an All-Star in four out of the five seasons and was third-team All-NBA twice.

As expected, the numbers for LeVert were up during the seasons Durant didn’t play. Naturally, he becomes the second option, offering more opportunity to score. He clocks in as a 15.0 point per game scorer, but Nets fans undoubtedly would like to see his real-life self somewhere around 18-20 points per game during Durant’s absence. In LeVert’s best season, he averaged 15.4 points, 3.6 rebounds, and 4.3 assists per game with splits of .467/.314/.679.

Spencer Dinwiddie is a player whose skill set can be difficult to capture in a video game. The average fan only has so much to go off of, but those who watch every Nets game know, Spencer is a walking bucket capable of going for 20 on any given night. That being said, 2K sees him as your prototypical first man off the bench. His numbers weren’t flashy but stayed true to the mark of a backup point guard.

Dinwiddie’s best season had him average 14.0 points, 1.7 rebounds, and 4.5 assists per game with shooting splits of .440/.350/.829. With more star power at the starting guard position this upcoming season, the pressure for Dinwiddie to perform on the offensive end may not be as strenuous.

Interestingly enough, Jarrett Allen’s stats increase across the board even though he still comes off the bench in the Durant-less simulated seasons. He played the same amount of minutes, but I’ll take it as a good sign. Irving’s ability to break down a defense and drive should open up opportunities for lobs or easy putbacks for Allen.

The Kevin Durant-less simulations yielded results that seem pretty consistent with what many project the Nets 2019-20 season to be. A team that’ll win between 43-49 games during the regular season and is competitive come playoff time. The hope is that you see improvement and consistent play from everyone so that the structure will be in place for when Durant finally suits up for Brooklyn.

Yes, 2K is just a video game and not a future teller. But, based on the data, it seems pretty on par with expectations for the Nets heading into a season without one of its big free-agent acquisitions.

And as for our friend D’Angelo again…he won Sixth Man of the Year four out of the five seasons in this simulation.

NEXT: Potential NBA Award Winners For The 2019-20 Brooklyn Nets