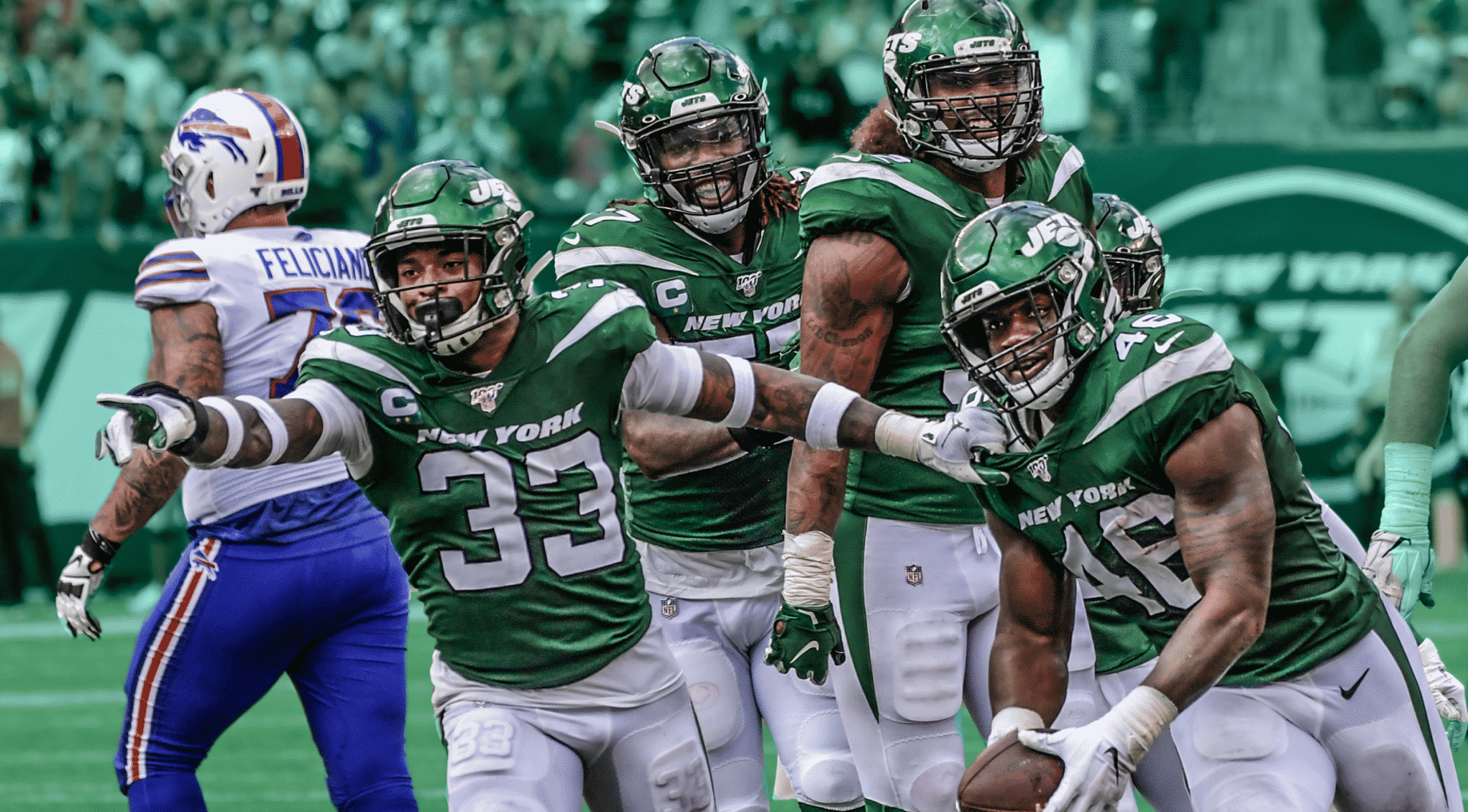 Adam Gase’s New York Jets lose a brutal opener to the Buffalo Bills, 17-16, after enjoying a 16-3 lead late in the game.

Two fourth-quarter scoring drives from Josh Allen negated a quartet of personal turnovers, and the Buffalo Bills pulled off a surprising comeback from 16-0 down to top the New York Jets 17-16 on Sunday at MetLife Stadium.

The Jets (0-1) began by giving Buffalo quarterback Josh Allen a rude welcome to his sophomore season, forcing four turnovers from Sam Darnold’s fellow 2018 first-round pick. Half of those losses came on Buffalo’s opening possessions. A fumble forced via sack by Jordan Jenkins was recovered by Steve McLendon. The Jets punted on their ensuing drive, but wasted no time in capitalizing on Allen’s second mistake.

Lachlan Edwards’ punt pinned the Bills (1-0) deep in their own territory after a three-and-out. That ensured that another newcomer, CJ Mosley, didn’t have a long way to go when stole an Allen pass and took it back 17 yards for the Jets’ first points of the season.

Jordan Jenkins gets the sack fumble and Steve Mclendon jumps on it. #Jets force a turnover on the first defensive series of the season. pic.twitter.com/FVQU9jzzFi

CJ MOSLEY PICK-6 in his first game with the @nyjets! @TreyDeuce32RTR

Two more Allen mistakes defined the remainder of the first half. First came a fumble in Jets territory, before an interception, this one to Neville Hewitt, allowed them to make another trip into Buffalo territory.

But the Jets’ preseason kicking woes followed them into the offseason. Minnesota transplant Kaare Vedvik missed an extra point after the Hewitt score and would later miss a 45-yard attempt to end the first half.

TIP DRILL! @Neville_Hewitt comes down with the INT for the @nyjets. #TakeFlight

The Jets would go on to build a lead in the early stages of the second half. Another Edwards point set up a couple more points via a safety, earned on a collaborative tackle between Jenkins and Brian Poole. Upon getting the ball back, the Jets went 60 yards in nine plays to take the lead.

Denied a Darnold-to-Ryan Griffin touchdown after Quincy Enunwa was called for a replay-induced pass interference, they enjoyed Bell’s first flash of New York brilliance. Darnold first found Bell from nine yards out for the score before doubling their lead with a scrambling two-point. Withstanding the pressure, Darnold found Bell to create a 16-0 lead.

Le'Veon Bell records his FIRST touchdown as a member of the New York Jets. pic.twitter.com/maIzIx9U3X

Buffalo, however, finally spiced things up, especially when Mosley was forced to the sidelines with an injury. Their comeback began modestly with a Steven Hauschka field goal, but two fourth-quarter six-pointers took things to a whole new level.

Allen would redeem himself for prior mistakes, first capping off an 85-yard trek with a rush from three yards away. The go-ahead score, indirectly attainable from the missed kicks, was a 38-yard score to John Brown.

#Bills have taken the lead over the #Jets thanks to this Josh Allen TD pass to John Brown. Buffalo up 17-16. pic.twitter.com/EjNiE5rJ0v

The Jets had one last opportunity to score, but the Bills defense stopped them after the two-minute warning.

New York will remain at MetLife Stadium next week to take on the Cleveland Browns on Monday night (8:15 p.m. ET, ESPN)