Gregg Williams brings three decades worth of NFL defensive experience with him to the New York Jets, which means plenty of versatility will unfold this season.

Get ready to be ferocious. Make sure you bring the attitude. Understand your complete and absolute playbook knowledge.

When playing for a Gregg Williams-run NFL defense, expectations are only the beginning. What really draws the twinkle of the madman’s eye is versatility.

A few eyebrows were raised when Adam Gase proclaimed his New York Jets defense would remain of the 3-4 variety this season. Every stop along the Williams train at the big-boy level featured heavy doses of the 4-3. He’s a four-man front play-caller and to believe the tendency has changed is a foolhearty act.

Perhaps it’s all part of the plan, the greater picture.

With clear deficiencies at corner and at the edge, Williams’s rotations this summer have been prevalent. While the four-man front is commonplace, sprinkles of the 3-4 and 3-3-5 nickel show up on the field.

Employing defensive athletes and minds who can pull off full scheme changes is a critical thing under this coach, and two positions are highlighted above the rest.

When the offense runs a 22, 12 or 13 personnel, Williams will most likely throw the 4-3 on the field. The look features a big-boy front consisting of Henry Anderson and Jordan Jenkins on the outside and Quinnen Williams and Leonard Williams in the middle.

What’s interesting is what’s going on at the SAM. 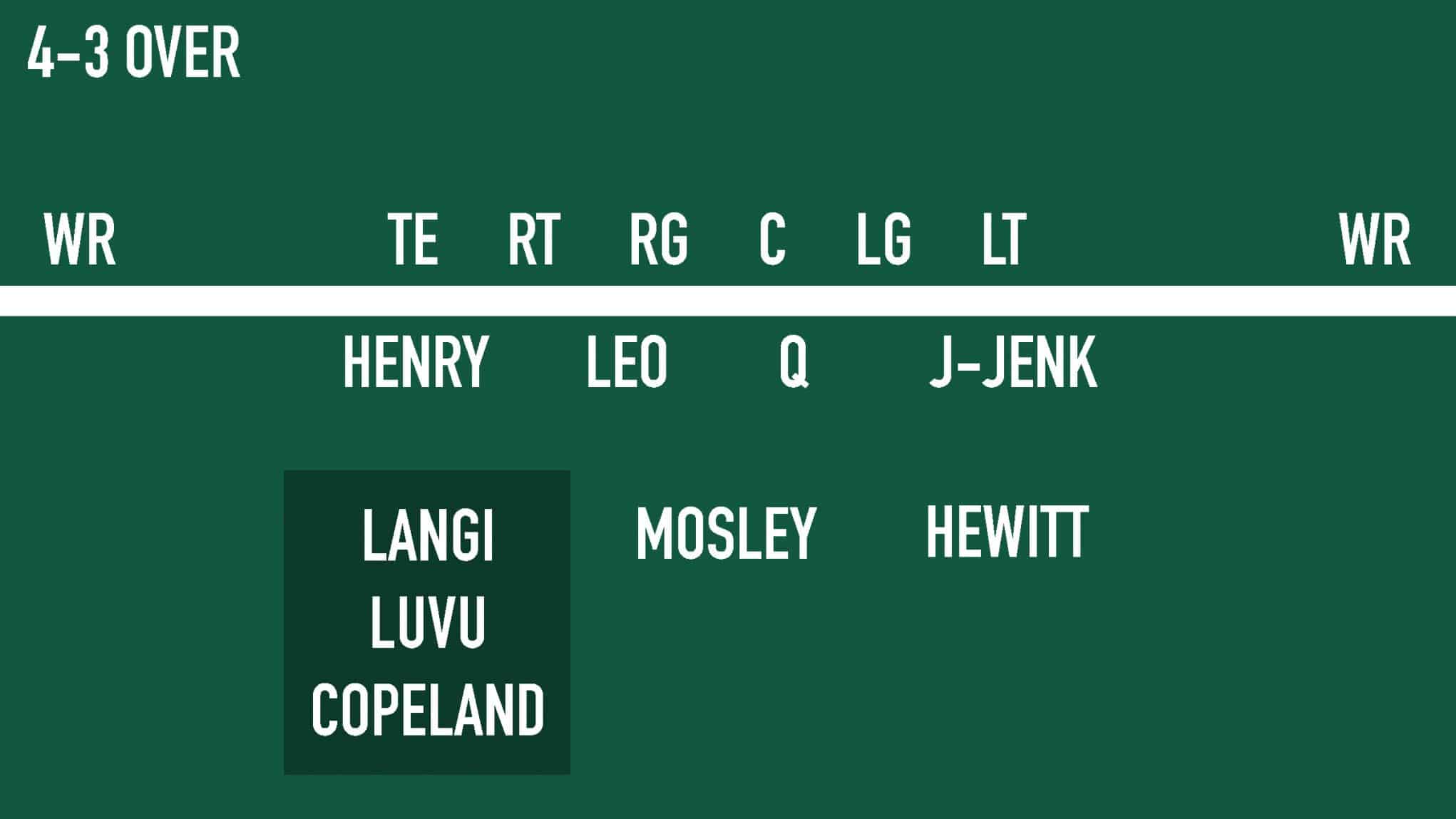 Harvey Langi, Frankie Luvu and Brandon Copeland … these guys are edge rushers, yet they’re being asked by Williams to play the second level.

Against the New Orleans Saints, a clear indication of the 4-3 Over look was present, similarly to the week before against the New York Giants.

The two spots that deploy multiple positions are the SAM in the 4-3 over (Copeland, Luvu, Langi), in which they also play EDGE on a 4-man line, and the big-boy edge (Henry, Kaufusi), who also play inside.

In addition to playing the second level next to the likes of C.J. Mosley, Neville Hewitt and Blake Cashman, those guys are also asked to drop down to their natural spots, the edge.

It pops up in sub-packages or in the 4-3 Under, a Williams favorite. 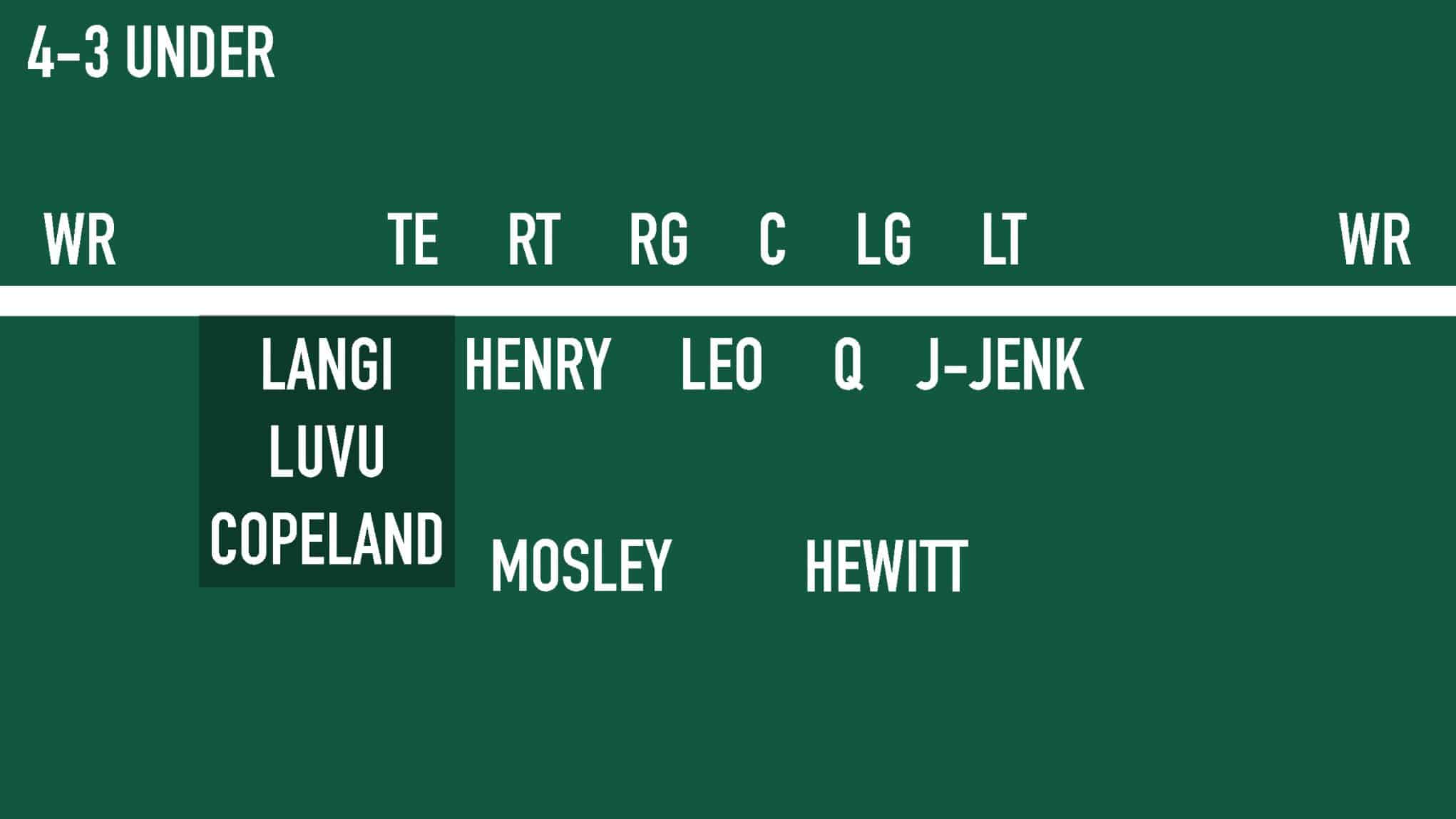 What the 4-3 Under basically does is pinch the entire line down. No longer is Quinnen in the 1-technique. Instead, Leo moves to the strong side 1-technique while Quinnen shades the weak-side guard.

The natural edge players highlighted as the SAM drop down into their natural edge spot. In essence, the 4-3 Under is extremely similar to the base 3-4 in many ways. (In the straight 3-4, this is the look, with Anderson as an interior DE and a true edge rusher on the line opposite Jenkins).

Many defensive coordinators would deploy two completely different personnel packages for both looks. Instead, Williams enjoys the versatility, asking his edge players to play high and low.

The other spot in question directly involves Henry Anderson and Bronson Kaufusi. These are the two interior guys are currently being asked to play the edge opposite Jordan Jenkins.

In a perfect world, this is far from perfect. Since Jenkins is a power/bull rusher, employing a finesse/speed guy on the opposite side is ideal. Unfortunately, due to that fact plus the idea all three big guys can’t play together inside (Leo, Quinnen and Henry), Henry is playing out of position.

Note the 4-3 Under above. Note Anderson’s interior placement, which is his more natural spot as compared to the 4-3 Over that places him on the edge. The same versatility is evident in the sub-package. 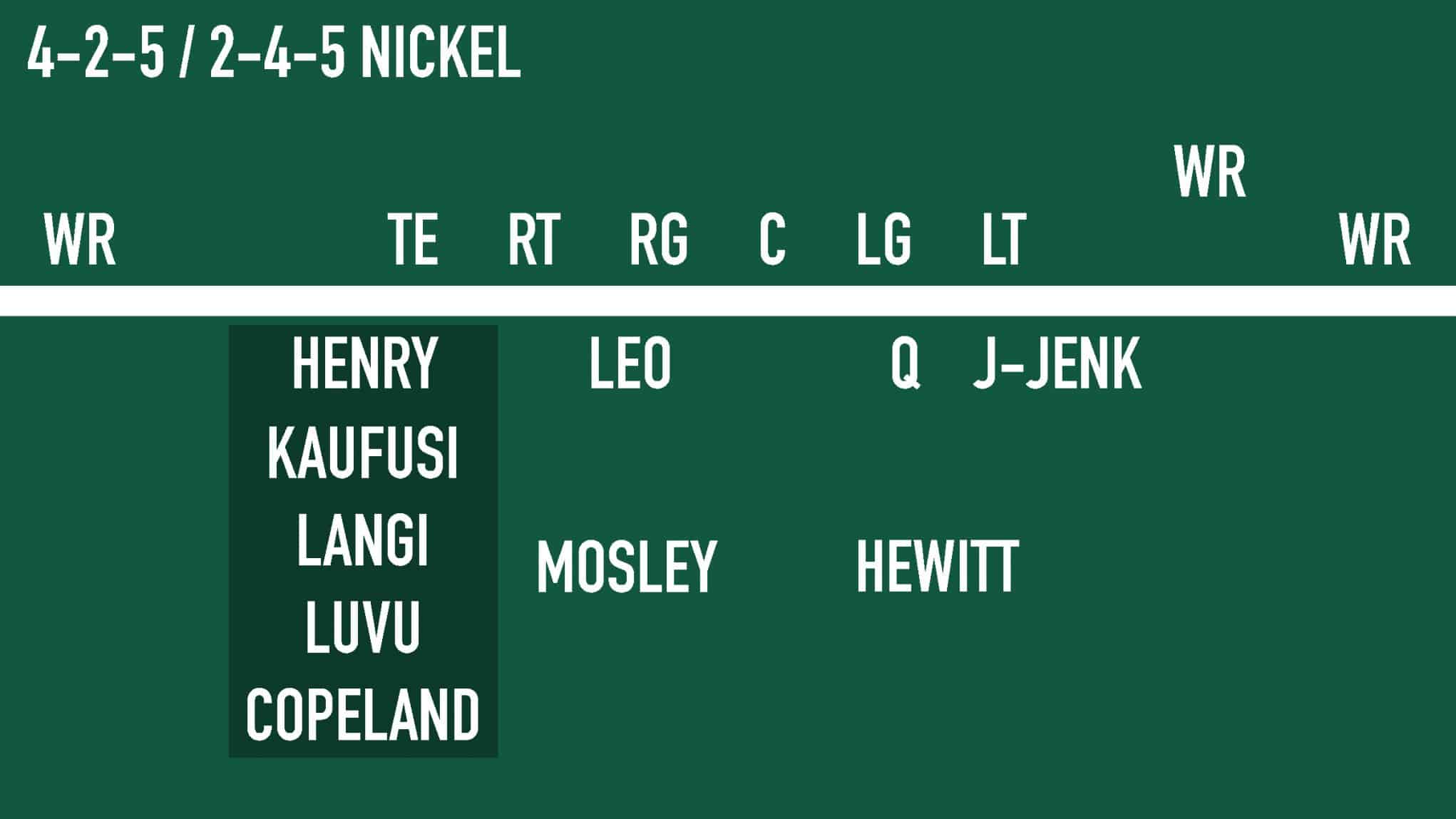 Of course, both Anderson and Kaufusi are interior backups to Leo and Quinnen, as well (in addition to Steve McLendon and whoever is kept on the final 53). But those two guys are being asked to play the edge in literally any package other than the true 3-4, which requires a more athletic player.

Again, the other standard Williams nickel look pinches this versatile position down. 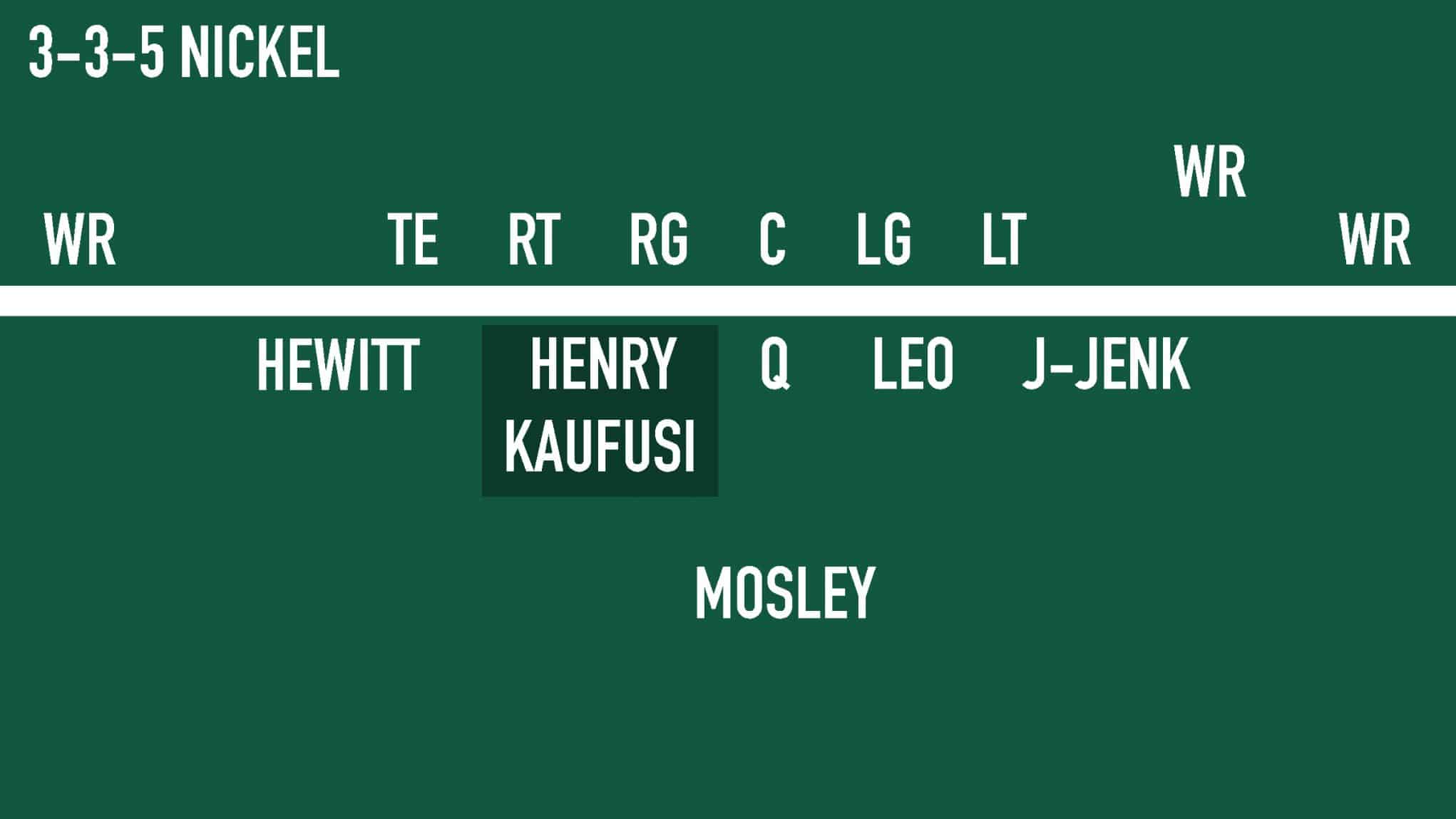 The Anderson-Kaufusi position is pinched back down to a 3-technique and all is suddenly right in the world. That is, until, you look at Hewitt over there on the edge. It’s the position Avery Williamson occupied prior to injury.

A true edge can always be substituted in that spot, but to keep both second-level linebackers on the field (when the rush is an option for the offense), Williams has no issue asking one of his guys to drop down.

From 4-3 to 3-4, four-man front to a three-man line with chaos, the other man who’ll be playing all over the place is Jamal Adams. He’ll be lined up in the robber, as an edge, head-up on the tight end in press, as a linebacker, as a deep-half and even as the centerfielder after a pre-snap rotation.

Through all of this noise, there’s one thing that’s certain: to play for Gregg Williams, versatility must be something that’s brought onto the field every damn time. He not only preaches it, it’s required, especially in this New York Jets defense that’s still searching for a true speed edge rusher.

NEXT: Adam Gase Is The Leader The Jets Know They Have