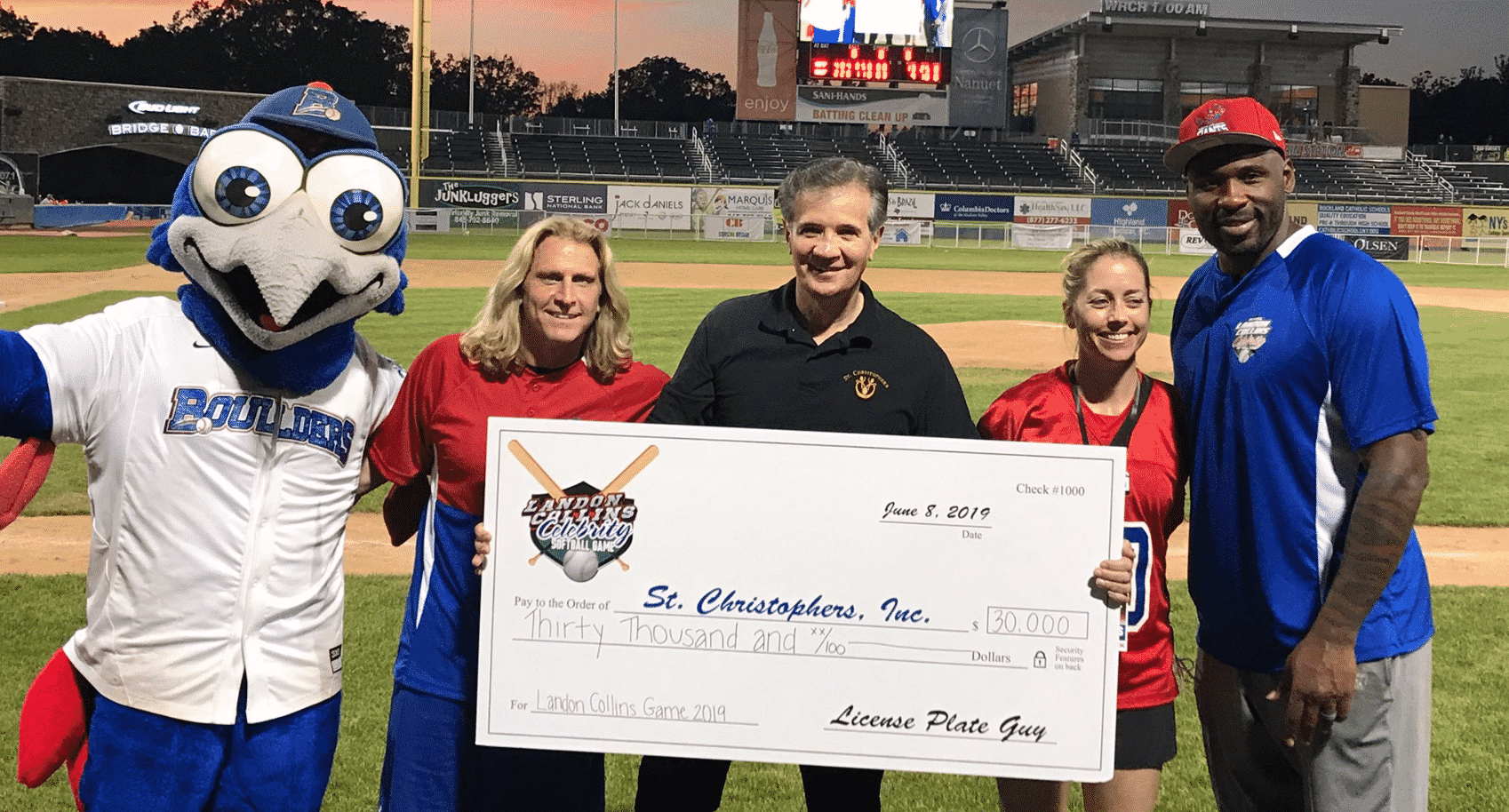 A collection of former and current New York Giants got together on Saturday at Palisades Credit Union Park in Pomona NY, to participate in various activities such as dodgeball, softball and kickball to help raise money to help fight cancer.

The third annual Landon Collins softball event took place on Saturday, featuring a collection of current and former New York Giants who were in attendance and participated in several events to help raise money to cure cancer.

It was a great event that allowed fans a chance to see their favorite players, snag pictures, and have players sign some of their most beloved Giants apparel and memorabilia.

The events that took place were dodgeball, kickball, and the highlight of the evening, a softball game between the offense and the defense.

Tate, Hill and Jones showed that their athletic ability reaches beyond the football field as all three hit home runs. The offense would go on to win 13-9, but everybody was a winner, thanks to all who attended; the event raised $30,000.

The host and master of ceremonies of the event was lifelong Giants fan Joe Ruback, better known as License Plate Guy, who has worked with Landon Collins for the last three years putting on this event.

There was a tad of bittersweetness at the stadium as this will likely be the last time Collins, who now makes a living in Washington D.C., participates in the event he helped create. But Ruback assured everyone in attendance that there will be an event next year; the details will have to be worked out.

Ruback also added that the Giants will have double-digit wins this season and will win the NFC East.

Former Giant and two-time Super Bowl champion Brandon Jacobs let it be known at the end of the night what he wants to happen next year, and that’s to compete against the New York Jets.

Brandon Jacobs let it be known that next year they want the Jets at the softball charity event. pic.twitter.com/gz6tS8u8gR

Whoever participates at next year’s event it will surely be another success as players and fans united once again to help fight cancer.

NEXT: Evan Engram Expects To Be Healthy By Training Camp